FILE PHOTO: U.S. one dollar and British five pound are seen in this illustration taken May 7, 2021. REUTERS/Dado Ruvic/Illustration

SINGAPORE (Reuters) – The dollar took a breather from its grind higher on Wednesday, easing slightly from multi-month peaks as a bout of risk-aversion ebbed, though selling was light as expectations of a cautious European Central Bank had the euro pinned down.

The euro touched a fresh three-month trough of $1.1755 overnight and its small rebound had carried it only as far as $1.1780 by early in the Asia session.

The Australian and New Zealand dollars also rose from year-to-date lows, while sterling lifted off a five-month low.

But the moves barely dented a month of dollar gains, with even a 0.5% overnight jump by the Canadian dollar leaving it below its 200-day moving average. [CAD]/

“The U.S. dollar does seem to have quite an undertow of support,” said Westpac analyst Sean Callow in Sydney.

The dollar’s rise has been driven mostly by expectations that U.S. economic strength could prompt interest rates to rise, but has recently been helped a bit by risk aversion, he said.

“The general mood on the dollar looks as though it would take a lot to derail the basic narrative of the dollar being in fairly good shape from here to the Jackson Hole conference,” he added, referring to the August symposium in Wyoming where the Federal Reserve may announce tapering of its bond purchases.

“For the time being you’d probably just prefer to keep long dollars for the next few weeks.”

The dollar also rose slightly against the safe-haven Japanese currency to buy 109.96 yen, after dropping to as low as 109.07 yen this week when fresh concerns about new coronavirus cases globally drove investors into safer assets.

Virus infections, and particularly the contagious Delta variant, continue to drag on Asian currencies other than the yen as new lockdowns have been enforced from Seoul to Sydney.

Sterling has similarly faced pressure as COVID-19 cases soar while England lifts most social restrictions, trusting that vaccines will prevent hospitals from being overwhelmed. [GBP/]

With a light data calendar on Wednesday, traders are looking ahead to the European Central Bank meeting on Thursday. A dovish tone is expected after President Christine Lagarde foreshadowed a guidance tweak during an interview last week.

The ECB announced a new strategy which allows the bank to tolerate inflation above its 2% target and Lagarde said policy guidance would be revisited to demonstrate the bank’s commitment to the new goal.

“No change in the ECB bias is unlikely to be enough to send the euro higher,” analysts at ING said in a note. “At the same time, any ECB shift towards the dovish interpretation of the strategic review would underscore the recent downward euro/dollar trend.” 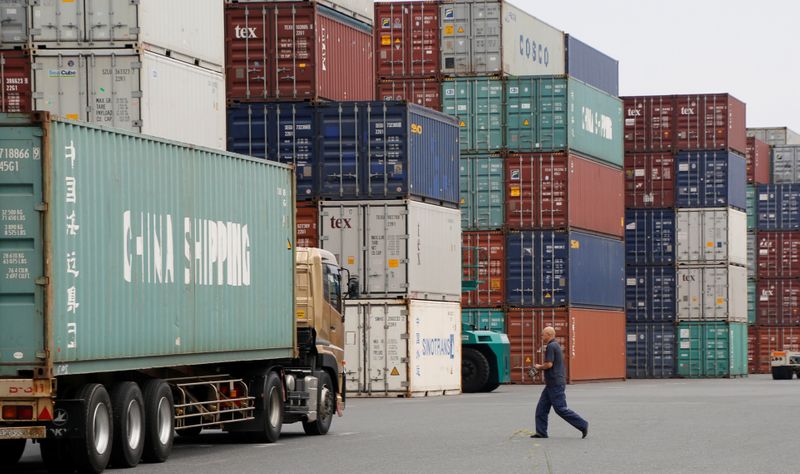