An activist’s claims that inmates were being made to wear Nike shirts in their mug shots has the sheriff’s office in Union County, Arkansas, on the defensive.

Less than an hour after King, who is also a columnist for The Intercept, posted his allegation and photos on Twitter Wednesday night, the Union County sheriff’s office had scrubbed the jail’s online roster of all inmate photos, according to the Arkansas Democrat Gazette. As of Thursday, no mug shots were visible on the site.

In a statement sent to CBS MoneyWatch, Union County Sheriff Ricky Roberts said that clothing is provided to people who came to jail without “proper attire during the booking process.” The intent was not to “demean or disparage” anyone accused of a crime, said the sheriff, who added that he wanted to apologize to anyone offended by the Nike shirts.

“We are not, and will not, be influenced by current political and social debates in the media,” Roberts said in the statement. “This shirt is not only in use now, but has also been for several months prior. We have taken steps to rectify this issue and insure that this will never happen again.”

Kaepernick gained national attention in 2016 when he started kneeling during the national anthem to protest police violence and racial injustice. Nike’s decision to feature the quarterback in its latest campaign was greeted by calls for a boycott of Nike products in some quarters.

Nike did not immediately respond to a request for comment.

Square plunges 15% after losing its CFO

Thu Oct 11 , 2018
Shares of fintech company Square plunged as much as 15 percent Thursday after the company lost its CFO Sarah Friar. Friar announced Wednesday she was leaving Square to become CEO at Nextdoor, a social network that helps neighbors communicate with each other. Friar’s departure from Square sent shares down 8 […] 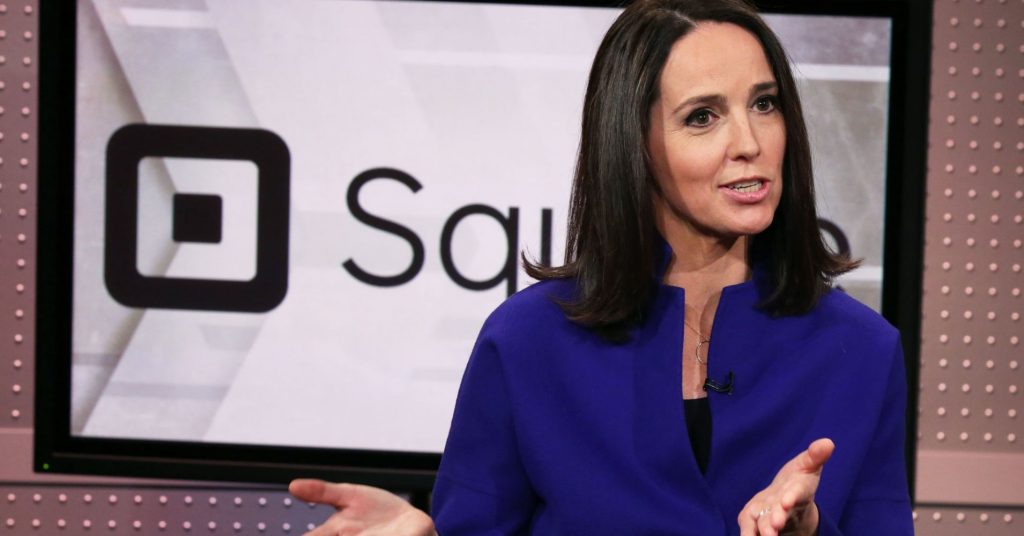