Shares of fintech company Square plunged as much as 15 percent Thursday after the company lost its CFO Sarah Friar.

Friar announced Wednesday she was leaving Square to become CEO at Nextdoor, a social network that helps neighbors communicate with each other. Friar’s departure from Square sent shares down 8 percent in extended trading. The stock added to its losses Thursday morning, falling as low as $65.

Analysts and tech insiders saw Friar’s departure as a major blow to Square, whose CEO Jack Dorsey also runs Twitter. Friar was seen as a particularly effective second-in-command, though Dorsey said Wednesday night that no one executive is responsible for execution at the company.

@jack: I’m so happy for Sarah. She’s going to be great at running a company. Square is different tho. We’re organized by business unit, like Cash, Caviar, Seller, Capital…and a lead/CEO for each. They are the execution, not me or Sarah. Square is built to be a durable ecosystem.

The overall tech sector stumbled Thursday, as the market sell-off and rotation out of tech continued. The tech sector suffered its worst day in over seven years Wednesday.

The sector regained some ground in premarket trading, but fell back into the red by mid-morning trading.

Square is one of the strongest performing tech stocks this year, more than doubling in value in the last 12 months. With Thursday’s drop, shares have cratered 30 percent in the last week.

Thu Oct 11 , 2018
The fired deputy director of the FBI, Andrew McCabe, is accusing his former agency of potentially targeting him unfairly by stalling publication of his much-anticipated book, “The Threat: How the FBI Protects America in the Age of Terror and Trump.” Based on FBI policy requiring that the FBI have an […] 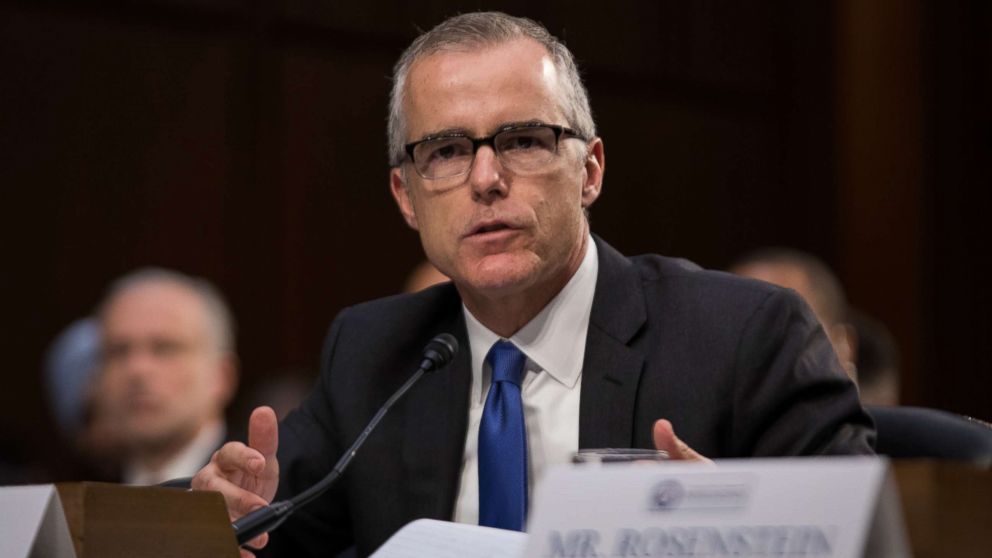