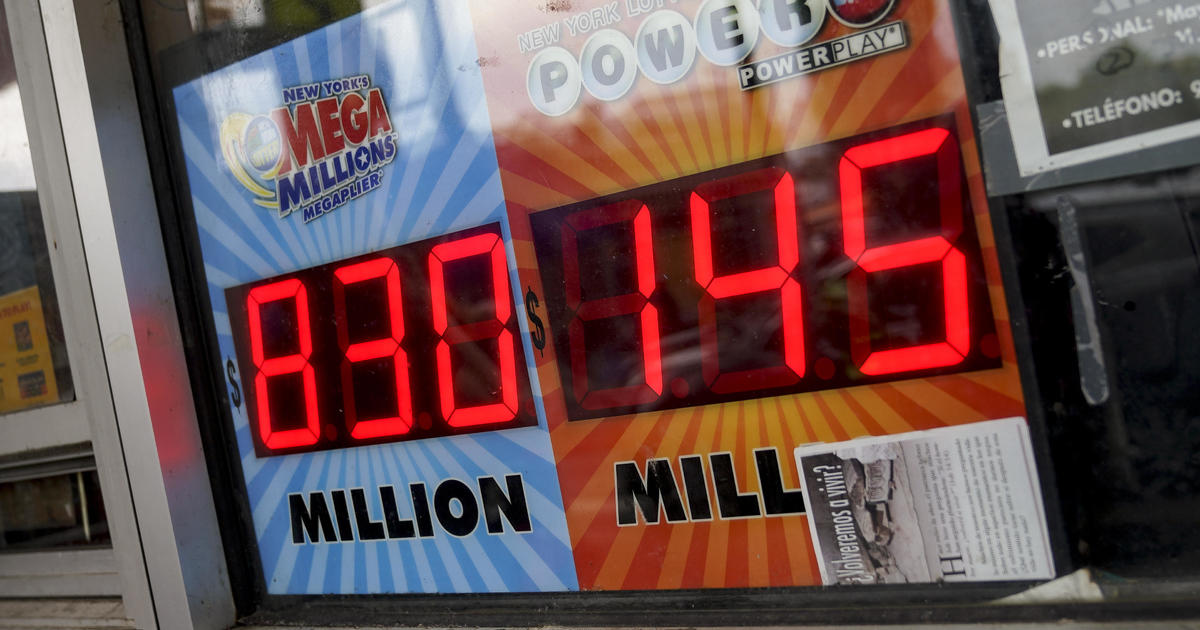 It would be the nation’s fourth-largest lottery prize of all time and the third-largest Mega Millions prize. The drawing took place at 11 p.m. Eastern time.

“It takes a long time for this kind of jackpot to get up this high, so we’re excited,” Maria Kilbane, public information officer for Mega Millions, told CBS News.

The rush of people to find out if there were any winners resulted in “unprecedented” traffic to the Mega Millions website, Ohio Lottery Commission spokesperson Marie Kilbane said in a statement, adding that, “We encourage customers to access the winning numbers on their local lottery’s website.” Many attempts to reach the site resulted in error messages.

The Mega Millions top prize has grown so large because no one has matched the game’s six numbers since April 15. That’s 28 consecutive draws without a jackpot winner. The biggest ever lottery payday was a $1.58 billion Powerball jackpot won in 2016.

This year has seen three large jackpot wins: a $426 million pot in California in January, a $128 million ticket in New York in March and a $110 million prize in Minnesota in April, according to Mega Millions.

The odds of winning the jackpot are vanishingly small — about 1 in 302.5 million. You have better odds of a smaller payoff, such as winning $1 million for matching five regular numbers but missing the Mega Ball. But even that is one in 12.6 million.

To put that in perspective, your chance of dying in a car crash — something to consider as you drive to the mini-mart for a lottery ticket — is around one in 101 over a lifetime, according to the nonprofit National Safety Council.

How much is the payout after taxes?

Meanwhile, even if you somehow beat the odds, you won’t get $830 million. First, that’s the amount for winners who take the annuity option, paid over 30 annual payments. But winners typically opt for cash, which for this drawing would pay out an estimated $488 million.

“Some people like the idea of having something consistent over time,” but in recent years “just about everyone has chosen the cash option prize,” Kilbane said.

And then there are federal taxes, which she said would leave winnings of $351 million. State taxes also could cut into that amount depending on where the winner lives. Still a fortune, but a smaller fortune.

That also doesn’t account for the possibility that someone else will match the winning numbers, meaning they would need to divide even those smaller winnings in half or more, depending on the number of lucky players.

Mega Millions is played in 45 states as well as Washington, D.C., and the U.S. Virgin Islands. The game is coordinated by state lotteries.

Wed Jul 27 , 2022
MANILA, Philippines — A strong earthquake shook the northern Philippines on Wednesday, injuring at least one person, damaging buildings and prompting many people in the capital to run outdoors. The 7 magnitude quake was centered around Abra province in a mountainous area, said Renato Solidum, the head of the Philippine […]