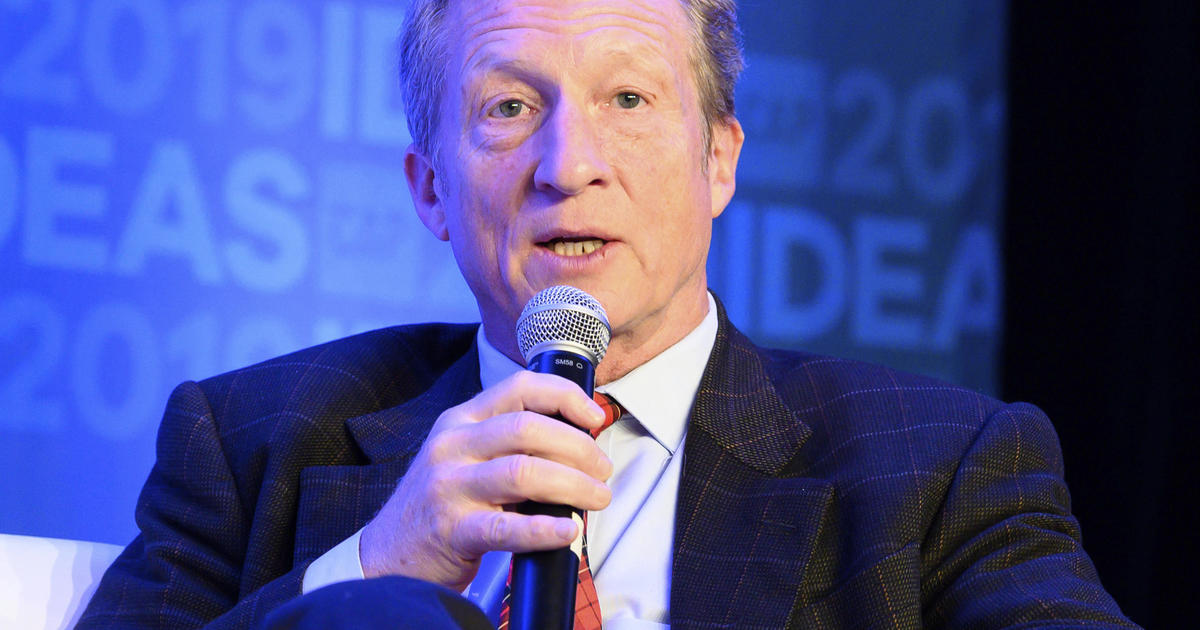 Billionaire Tom Steyer launched his presidential campaign Tuesday, months after he announced that he would not enter the Democratic presidential primaries for 2020. Steyer raised his political profile in recent years by launching a campaign urging members of Congress to impeach President Trump.

In his announcement video, which was posted to Twitter Tuesday morning, Steyer said that he was running because too many Americans felt that the system was rigged against them — a message reminiscent of Democratic candidates Elizabeth Warren and Bernie Sanders, as well as Mr. Trump.

“Really what we’re doing is trying to make democracy work by pushing power down to the people,” Steyer said in his launch video, addressing the camera while sitting in a rustic barn. Steyer also addressed corruption in politics and climate change as major issues, his words accompanied by figures such as Donald Trump Jr. and even alleged child sex trafficker Jeffrey Epstein as examples of cronyism.

“Americans are deeply disappointed and hurt by the way they’re treated by what they think is the power elite in Washington, D.C.,” Steyer continued.

Steyer will spend $100 million on his campaign, according to the New York Times.

Steyer’s campaign is an abrupt about-face from his position earlier this year. In a press conference in January, Steyer said that he would not run for president, but would focus all of his time on attempting to remove Mr. Trump from power, committing $40 million to this effort.

He told CBS News in February he thought he’d be more effective keeping focused on impeachment than seeking the Oval Office.

Steyer is primarily known for his campaign to impeach Mr. Trump called “Need To Impeach,” to which he has dedicated millions of his own money. Steyer has also starred in nationwide ads urging the public to press their members of Congress to launch impeachment proceedings.

The former hedge fund manager is starting the race at a disadvantage, entering months after most other candidates who have a head start in fundraising and garnering name recognition. The Atlantic first reported Steyer’s potential presidential bid on Monday.

Steyer brings the number of Democratic candidates in the race back to 24, after Rep. Eric Swalwell dropped out of the race on Monday.