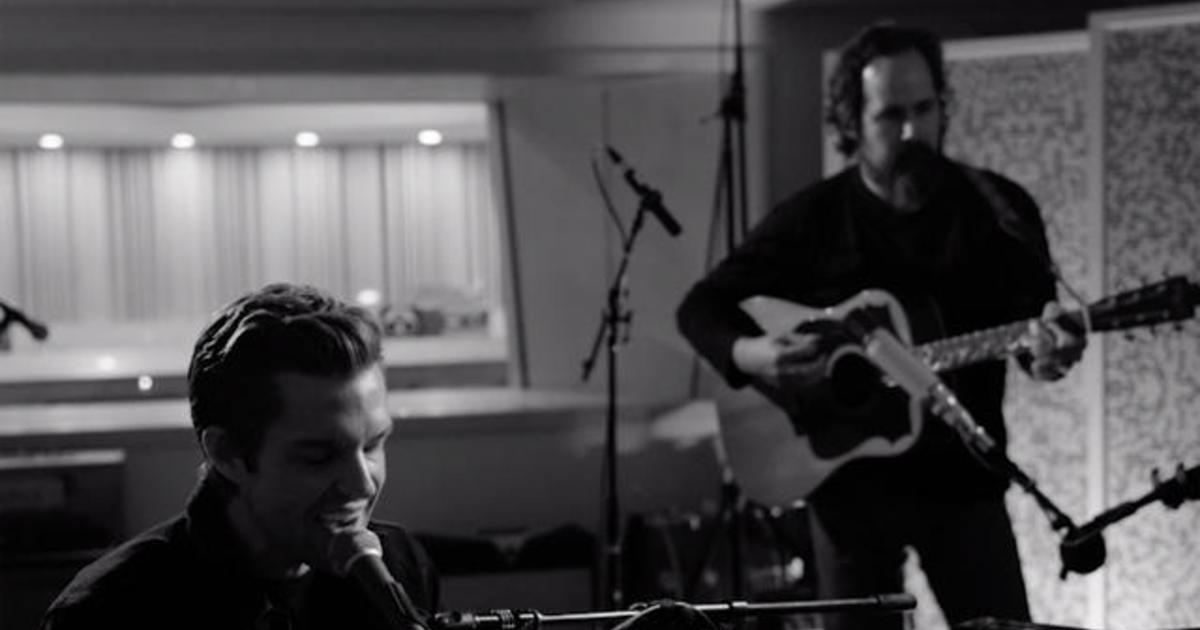 Superstar band The Killers is performing for this week’s Saturday Sessions. The platinum-selling group from Las Vegas made their debut with their 2004 album “Hot Fuss,” which went on to become a global hit. They have since seen their music reach number one on U.K. and U.S. charts, and have sold over 28 million albums. Their latest album, “Imploding the Mirage,” will be out later this year. Here they perform “Blowback” from the new album, recorded in a Utah studio.

Not if, when: Coronavirus' toll on NYC's EMTs

Sat Apr 25 , 2020
The coronavirus continues to keep New York City paramedics busy, accounting for a majority of 911 calls, including this call that EMT Andrew Brock responded to, a middle-aged man with COVID-19-like symptoms. “It was high risk,” Brock said. “The family doesnt think they’ll see him again.” New York City’s 911 […]