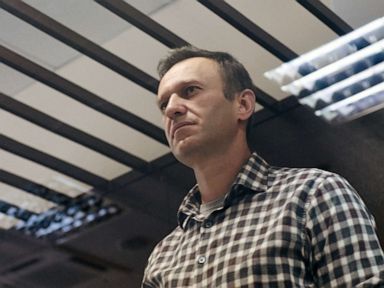 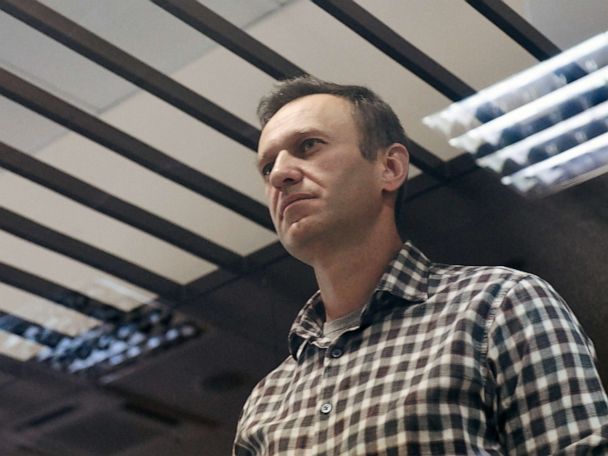 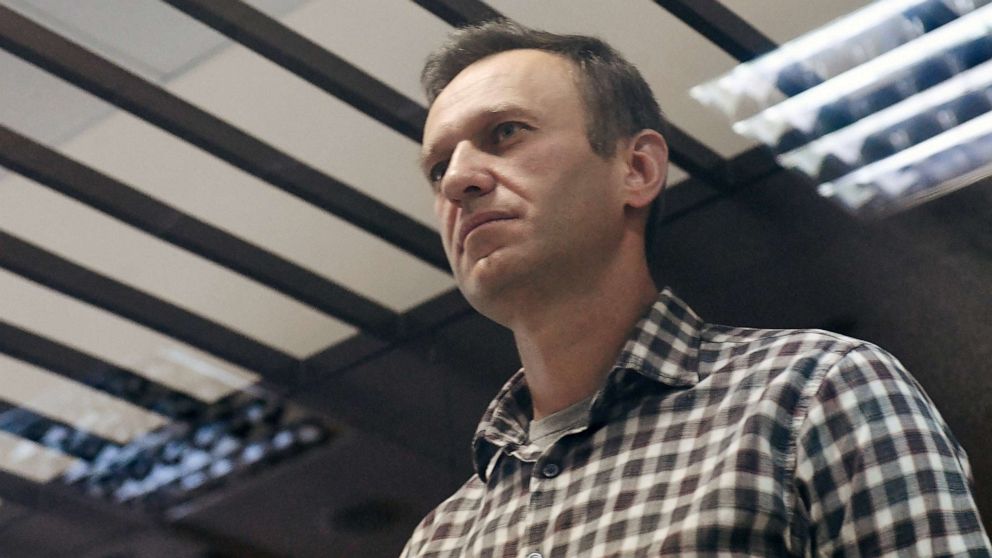 The jailed Russian opposition leader Alexey Navalny has tested negative for the coronavirus after he was moved to his prison’s medical bay to be treated for a respiratory illness, Navalny’s lawyers said Wednesday, but the activist remains unwell and appears to be suffering from two hernias that have been causing him severe back pain.

Navalny, known as President Vladimir Putin’s fiercest critic, is currently in a penal colony close to Moscow and was transferred to its medical unit two days ago with a high temperature and a cough.

Navalny was already on hunger strike over what he said was the prison’s refusal to treat his back pain that was making it difficult to walk. His new symptoms raised concerns he could be sick with COVID-19, and also possibly even tuberculosis, after he said three inmates in his prison block had been diagnosed with the illness.

Navalny’s lawyers on Wednesday visited him at the prison and told ABC News that a first test for the coronavirus was negative. They are currently waiting on the result of a second test.

After meeting with Navalny, one of the lawyers, Olga Mikhailova, told Russian media that his temperature appeared to have improved somewhat on Wednesday, falling from over 100.4 degrees Fahrenheit to around 99 degrees.

But Navalny’s other health problems appeared worse, the lawyers said. An MRI scan, they said, had now shown Navalny’s back pain is being caused by two hernias.

Navalny, 44, declared his hunger strike a week ago and demanded he be allowed proper medical treatment for his back problem, which he said he has been enduring for weeks and has recently worsened, causing him to lose sensation in his legs and making it hard to stand.

Navalny has accused the prison of refusing to allow him to be examined by an independent doctor or give him real treatment. Mikhailova said on Wednesday that the loss of sensation has now started to spread to Navalny’s hands.

“Of course, he’s exhausted, because he is continuing his hunger strike, he’s only drinking water.” Mikhailova told the Russian opposition-leaning channel TV Rain. “But with that, he is holding on and he was trying to somehow cheer us up.”

Navalny was imprisoned after he returned to Russia in February, having survived an assassination attempt with a nerve agent last summer that has been linked to Russia’s intelligence service, the FSB. He was sentenced to over two and a half years in prison for alleged parole violations in a case that has been condemned internationally as political.

The camp where Navalny is held, Correctional Colony No.2 in the town of Pokrov, about 60 miles east of Moscow, is notorious among prisoners and rights activists for its strictness, and denial of medical treatment is routine in Russian prisons.

The international human rights group, Amnesty International, on Tuesday warned that the conditions Navalny was being kept in amounted to “torture”.

They “have already attempted to kill him, they are now detaining him, and imposing prison conditions, that amount to torture,” Agnes Callamard, Amnesty International’s secretary general, told Reuters.

“The Russian authorities, may be placing him into a situation of a slow death and seeking to hide what is happening to him,” Callamard said.

The Kremlin has repeatedly said it is not following Navalny’s situation in prison. Putin’s spokesman Dmitry Peskov on Tuesday told reporters that there could be no “special treatment” for Navalny.

In messages posted from prison, Navalny has struck an upbeat tone and maintained his ironic, mocking style. A new message was posted on Wednesday from Navalny via his team on Instagram where he did not mention his illness, but in his characteristic style accused authorities of using absurd tactics to try to undermine his hunger strike. He said the prison guards had started trying to put candy into his pockets to make it look like he was sneaking food and has even resorted to cooking chicken in the prisoners’ kitchen in the hope of weakening his resolve.

“I knew, of course, that the authorities in the first place would want to discredit my hunger strike and make a joke of it,” Navalny wrote. “Only the primitiveness of the approach surprises me.”

A group of Navalny’s supporters, including a prominent medical activist who is also his personal physician, gathered at the prison on Tuesday and demanded he be given access to an independent doctor. Police detained the activists, including six doctors, as well as briefly a CNN crew, who were later released.

Tornado watch in effect for parts of Texas, Oklahoma, Arkansas and Louisiana

Wed Apr 7 , 2021
Intense tornadoes are possible, as well as large hail and damaging winds. April 7, 2021, 6:56 PM • 4 min read Share to FacebookShare to TwitterEmail this article A tornado watch is in effect for parts of Texas, Oklahoma, Arkansas and Louisiana through 8 p.m. local time Wednesday. In that […]