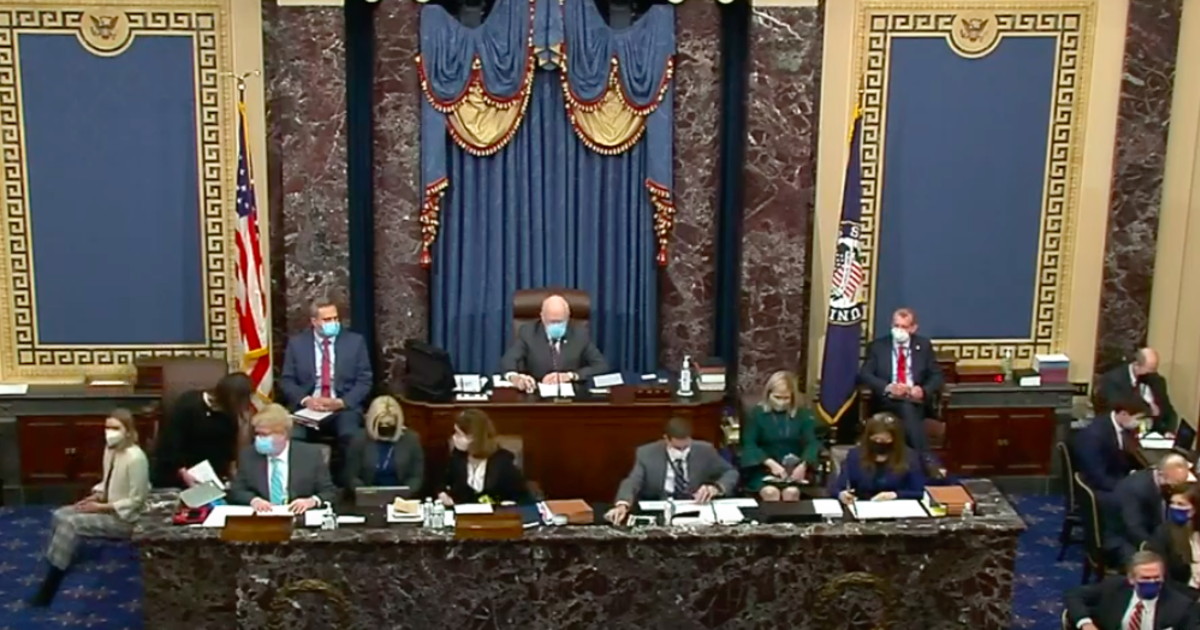 Washington — The Senate is convening Tuesday to commence with the impeachment trial of former President Donald Trump, the first Senate trial of a former president in U.S. history.

Mr. Trump faces a single charge of “incitement of insurrection” for his role in the January 6 assault on the Capitol. The House of Representatives voted to impeach him on January 13, one week after the attack that left five people dead. He is the only president to be impeached twice, and is likely to be acquitted for a second time, as Democrats would need 17 Republicans to join them to vote to convict.

The trial commenced at 1 p.m. Tuesday afternoon. Senators voted 89-11 on a resolution setting the rules for the proceedings, before moving on to four hours of debate over the constitutionality of holding an impeachment trial for a former president.

Senior aides to the House impeachment managers told reporters on Tuesday that Democrats plan to present evidence “nobody has seen before” to make their case that the former president be convicted for inciting the insurrection at the Capitol.

Mr. Trump’s lawyers and the House impeachment managers previously laid out their arguments in pre-trial legal briefs, previewing the case they plan to make before senators.

The ex-president’s attorneys claim Democrats are trying to “silence a political opponent,” and insist it’s unconstitutional to try a president once he’s left office. They’re urging the Senate to dismiss the article of impeachment.

The nine House Democrats presenting the case for impeachment argued in a pre-trial filing that the former president is “singularly responsible” for the assault, given that he made repeated false claims about the election, told his supporters to “fight like hell” and didn’t act quickly enough to quash the violent riot.

Mr. Trump is not expected to appear at the trial. His attorneys rejected a request from Democrats for his testimony last week, dismissing it as a “public relations stunt.”

Tue Feb 9 , 2021
Former first lady Michelle Obama is returning to Netflix, this time to debut a new children’s food show with a pair of puppets. She says she hopes it will “bring a bit of light and laughter to homes around the world.” On Tuesday, she announced that she’s teaming up with […]