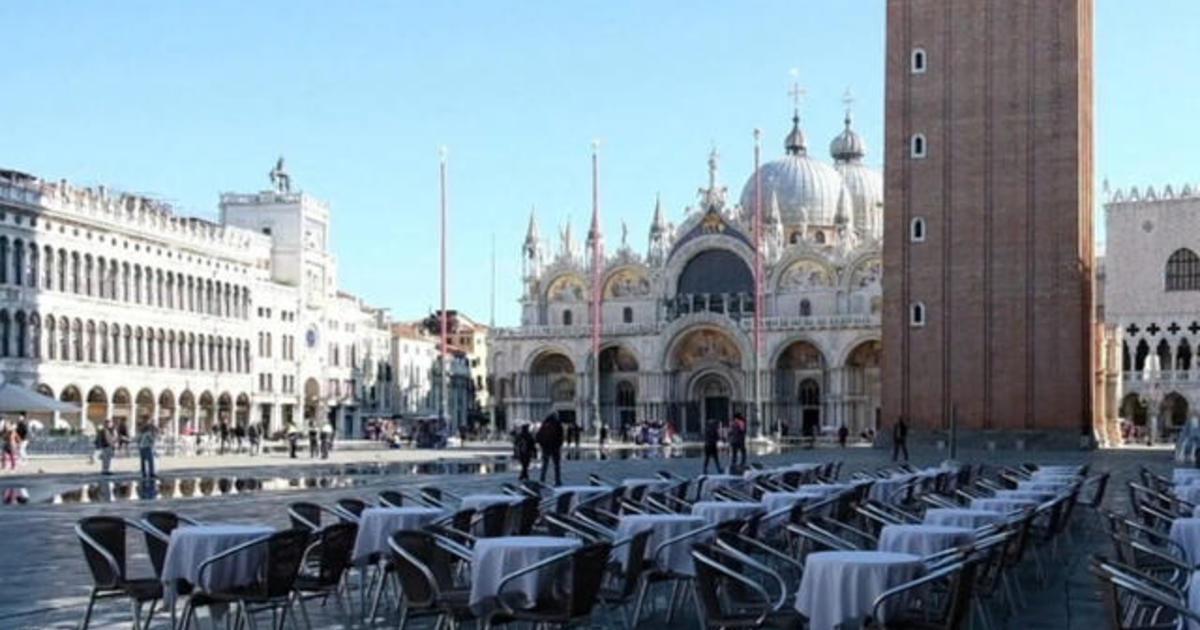 Italy is suspending all sporting events and clamping down on travel all over the country as it tries to contain the deadliest coronavirus outbreak outside of China. City streets, stadiums and landmarks usually bustling with life are now eerily empty and quiet.

Dramatic new developments at the sharp end of what has become the worst outbreak outside of China. Prime Minister Giuseppe Conte on Monday announced severe restrictions on the entire nation of 60 million people.

From tomorrow morning, all sporting events are off, including soccer. The general public should only go to work, and work from home if possible. Public gatherings are out of the question.

Here’s why: Government figures tonight continue to soar, with more than 9,100 cases and 463 fatalities.

Coronavirus contamination is growing in number and spreading in the territory. But even before the dramatic move tonight, the World Health Organization had applauded Italy’s step forward.

“We are encouraged that Italy is taking aggressive measures to contain its epidemic and we hope that those measures prove effective in the coming days,” said WHO Director-General Tedros Adhanom Ghebreyesus.

Over the weekend, soccer matches were played in empty stadiums, ski resorts shut down, even Pope Francis appeared on wide screens. Anything to keep the crowds down.

Tue Mar 10 , 2020
Stock futures rose in overnight trading Monday after the S&P 500’s worst day since the financial crisis. As of 9:54 p.m. ET Monday, futures on the Dow Jones Industrial Average gained about 530 points, indicating an opening jump of more than 550 points on Tuesday. S&P 500 futures and Nasdaq-100 futures also […]