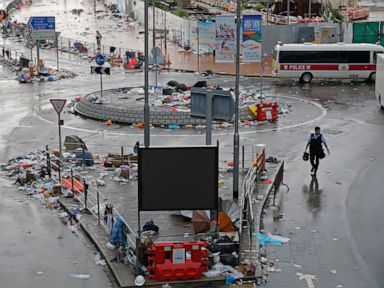 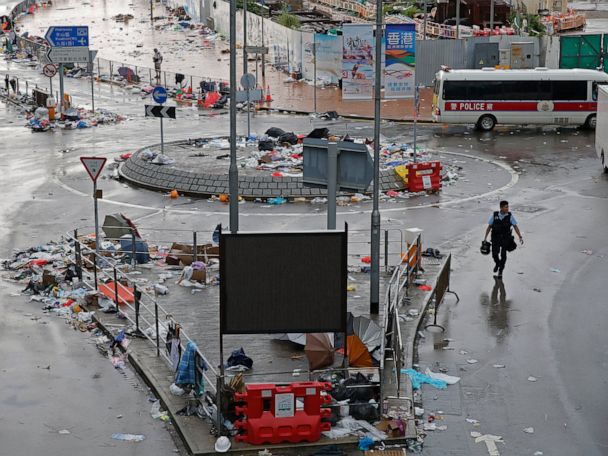 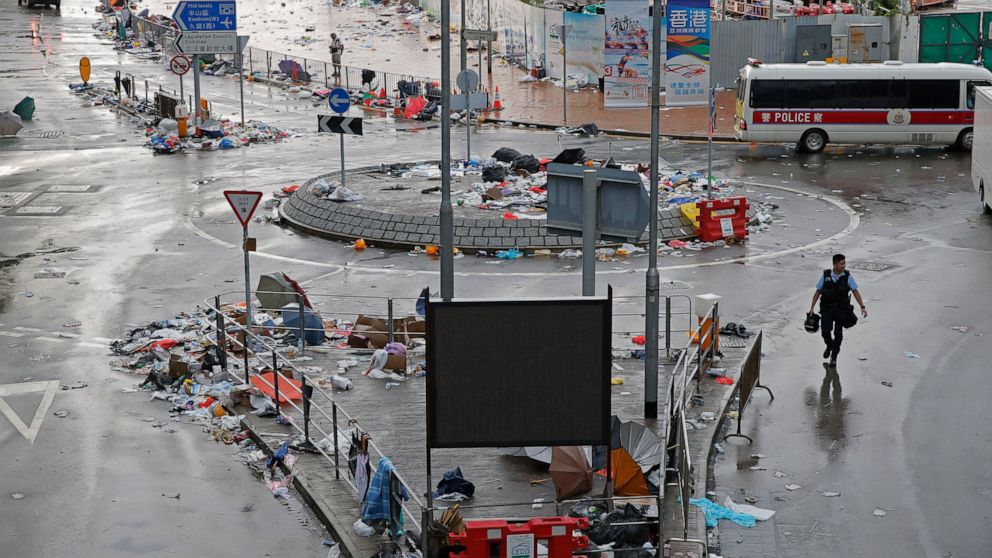 The president of Hong Kong’s legislature has again suspended a debate on a polarizing proposal to change the city’s extradition law, following violent clashes between police and thousands of protesters.

Mass protests in the streets shut down Hong Kong’s Legislative Council complex in Admiralty district on Wednesday, the day lawmakers were set to debate the extradition law amendment, which would allow individuals to be sent to mainland China for trial. The situation turned violent when riot police fired multiple rounds of tear gas and rubber bullets to disperse the throngs of demonstrators, who hurled bottles, umbrellas and other objects at them.

At least 72 people were injured, including two who remained in intensive care Thursday morning, according to Hong Kong’s Hospital Authority. The conditions of the others were unknown.

Twenty-two police officers were among those injured, according to Hong Kong Police Commissioner Stephen Lo Wai-chung, who defended his officers’ actions.

“We have guidelines and training to use appropriate level of force in certain situation. The whole morning from 8 a.m. until 3 o’clock, our officers were very restrained,” Lo told reporters. “We tried to keep a distance between our forces and the protesters to let them express the views.”

“Not until they used weapons to charge our officers did we respond,” he added.

Lo said he has received 19 complaints against his officers, and he vowed to investigate all of them.

More than a dozen opposition lawmakers marched up to the official residence of Hong Kong’s leader, Carrie Lam, in Central district on Thursday morning to demand that she withdraw the bill.

The streets of Hong Kong were otherwise quiet, as cleaning crews and some protesters began picking up debris from the previous day’s demonstrations in Admiralty, Central and Wan Chai districts.

Lawmakers were able to get into the Legislative Council building, where police have set up barricades and checkpoints, but all scheduled meetings were canceled for both Thursday and Friday, pushing the debate to next week.

Government offices in the complex are closed for the rest of the week, and police have shuttered the nearby Admiralty mass transit railway station.

The bill is scheduled to be voted on June 20. Hong Kong’s leader, Carrie Lam, has said she plans to sign it.

Under the extradition law amendment, any country — including China — could request the extradition of an individual to their home country from Hong Kong for trial. Many who oppose the proposed legislation fear that China could use it to arrest political dissidents.

The protests have brought into sharp focus the contrasts between the judicial systems in Hong Kong and mainland China.

Concern has been mounting in recent years in the semi-autonomous Chinese territory that the central government in Beijing is undermining the freedoms guaranteed to its citizens under the terms of the territory’s 1997 handover from the United Kingdom to China.

Mass protests against changes to the territory’s electoral system in 2014 saw demonstrators occupy and paralyze parts of the city’s government and commercial district for about six months.

In 2016, six pro-democracy lawmakers were disqualified from their offices in a controversy over protests inserted into their oaths of office. Last year, a political party calling for independence from China was also banned by the local government.

Thu Jun 13 , 2019
This semi slump will be short-lived, according to one market watcher. Semiconductor stocks lost steam Wednesday after Evercore ISI analysts said that they didn’t see the group recovering until the second half of 2020, citing ongoing supply gluts. The VanEck Vectors Semiconductor ETF shed more than 2% by the end of […]