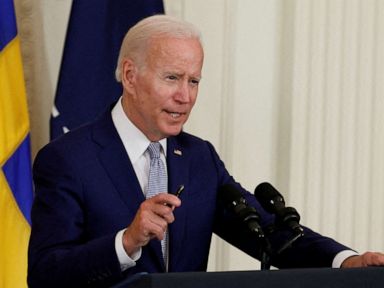 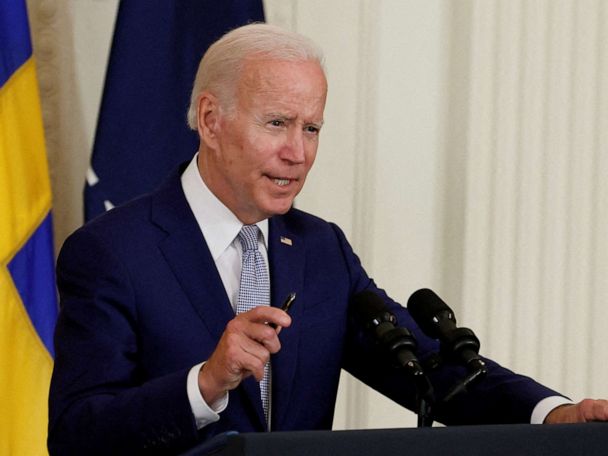 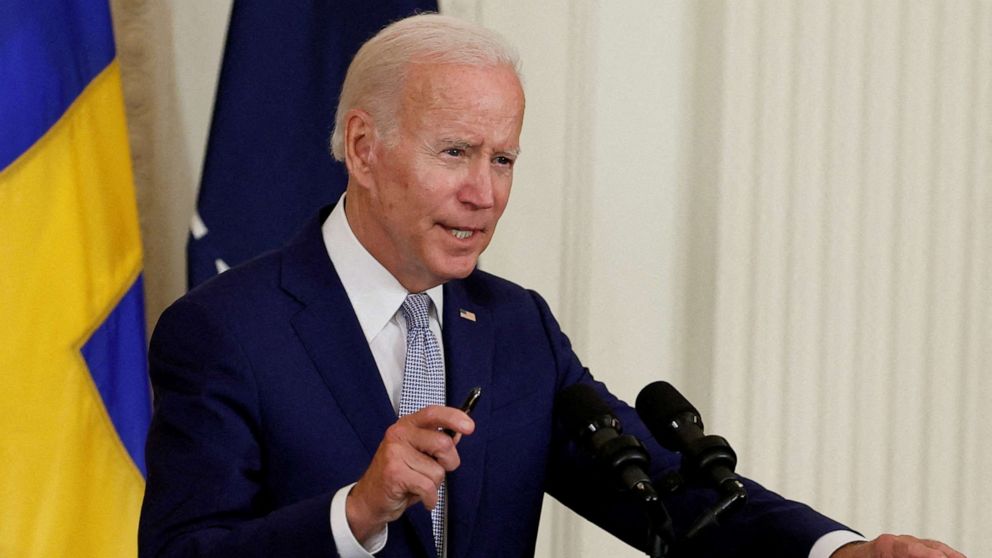 As another deadline nears on the restart of payments for America’s $1.7 trillion in federal student loans, President Joe Biden is poised to decide whether to cancel debt for a subset of Americans and continue to keep a pandemic-era pause on the repayments — a sweeping move he has openly weighed in some form or another since his time as a candidate.

Without action, numerous Americans will — for the first time in two years — have to start paying their student loans on Sept. 1.

But multiple people familiar with White House policy discussions told ABC News that the loan pause, first put in place under President Donald Trump during the disruptions of COVID-19’s onset, is expected to be extended. Talks about debt cancellation, which were still underway Tuesday, have so far coalesced around forgiving approximately $10,000 for people who make less than $125,000 a year — though details are still being worked out.

An announcement on the federal student loans could come as early as Wednesday, sources familiar with the plan said.

In an interview on Tuesday afternoon, U.S. Secretary of Education Miguel Cardona told ABC News that the much-anticipated decision on loan forgiveness would come “soon” but was vague on details.

“We recognize it’s an important issue for many families. And we want to make sure that they get the information directly from the president,” Cardona said.

The White House did not confirm any further details, saying only that the president would have more to say on this before Aug. 31.

“As a reminder, no one with a federally-held loan has had to pay a single dime in student loans since President Biden took office, and this Administration has already canceled about $32 billion in debt for more than 1.6 million Americans — more than any Administration in history,” White House spokesman Abdullah Hasan said, referring to debt relief for people who went to fraudulent universities and a restructured program to forgive debt for people who work in public service for 10 years.

But more specific details on how much money will be forgiven and for who are in high demand for the more than 45 million Americans who still have federal student loan debt.

One-third of federal loan borrowers have less than $10,000, meaning they could see their debts completely wiped out should this policy come to fruition. Another 20% of borrowers, around 9 million people, would have their debt at least slashed in half.

Such a major cancelation may seem like a big step for Biden to take without Congress, but legal and policy experts say it’s clearer: The move would be well within the president’s authority — it just hasn’t been wielded before because of the political implications.

“The president has some pretty broad authority under the Higher Education Act,” said John Brooks, a law professor at Fordham University who focuses on federal fiscal policy.

“A lot depends on the size of the cancellation. The smaller the amount of cancellation, the easier the question is,” Brooks said. “Wiping out all student debt with a single stroke might be tougher, but the president through the secretary of education does have the power to adjust the amount of loan principle that any borrower has.”

Still, Biden could get taken to court — possibly by loan servicing agencies who would lose revenue or by members of Congress who may believe Biden is spending money in a way that hasn’t been appropriated by legislators.

Outside experts also wonder how long the processes would take to cancel student loans once a policy is announced — and how complicated it would be for borrowers to work their way through it, which are details that have yet to be released.

Some fear that people might fall through the cracks if applications to cancel debt become too labor-intensive because of the prospective income cap.

“The White House is about to ask the Education Department to do something that is extraordinarily difficult, and that is going to have the effect of denying debt relief to low-income folks, economically vulnerable folks, who have the hardest time navigating these complicated paperwork processes,” Mike Pierce, executive director and co-founder of the Student Borrower Protection Center, a think-tank that advocates for universal debt cancellation, told ABC News in an interview.

Pierce and other supporters for more progressive debt cancellation, including the NAACP, said the smoothest path would include full and universal cancellation for everyone.

“If the rumors are true, we’ve got a problem. And tragically, we’ve experienced this so many times before,” NAACP President Derrick Johnson said in a statement Tuesday, reacting to the details of the potential policy announcement.

“President Biden’s decision on student debt cannot become the latest example of a policy that has left Black people – especially Black women – behind. This is not how you treat Black voters who turned out in record numbers and provided 90% of their vote to once again save democracy in 2020,” Johnson said.

But for many borrowers and advocates for canceling student debt — particularly the nearly half of people with federal student loans who would see their debt extinguished or cut significantly — Biden’s policy would still be cause for major celebration and be seen as a start to reforming the college and university system, where rising costs have become a major area of focus.

For Michigan teacher Nick Fuller, a possible Biden announcement on student loans could come just before the financial crunch of winter, when his heating bills skyrocket.

Though Fuller worked hard his first few years out of school to pay down his school debt, and then had his loan frozen for much of the pandemic, he’s concerned that restarting payments on top of monthly living costs could put him over the edge.

“I think things will get really tight in the winter because my utility bills are higher,” Fuller told ABC News. “I mean for January and February — the highs are zero and the lows are -20 [degrees] for almost two months.”

The frozen temperatures might sting a little bit less if Biden forgives $10,000 of Fuller’s remaining student loan bills, he said.

“It’s about two-thirds of the debt that I have left,” he said.

That would make payments “a lot more affordable and a lot more manageable in my situation,” he said.

Easing the student debt crisis — which is also how Trump Education Secretary Betsy DeVos described the issue in 2018 — could also aid a crippling teacher shortage that has caused thousands of staff vacancies at the start of the latest school year, something Fuller has seen himself.

Pinched salaries and rising inflation have had many teachers on edge with the loan forgiveness deadline approaching.

And because Black students are among the fastest growing group of people taking on debt, advocates argue that canceling some student loans could also begin to address racial inequities.

Shareefah Mason, the dean of Educator Certification at Dallas College, feels this impact firsthand as a Black woman with student debt. She leads the apprenticeship component of a program that pairs students with residency partners to ensure they earn while they learn, effectively reducing education debt for aspiring teachers.

The average amount of student debt accrued by Black women is more than any other group at $38,800, according to Education Trust, a nonprofit focused on education reform.

But Mason’s program, the very first full-time paid teacher apprenticeship in the state of Texas, allows students to earn one of the cheapest bachelor’s degrees in the state, Mason said.

The goal, she said, is to aid future educators in breaking the generational barriers that she has faced as a Black woman.

Mason said “they will not have to worry about student loan debt,” which could open more doors for minority communities that have historically lacked the means to access higher education. “My students will be able to earn, as a first year teacher in the city of Dallas, upwards of $60,000,” Mason said.

For the nation’s most impacted borrowers, Mason said, “there needs to be a space created for them to make enough money to pay their student loans without having to sacrifice their ability to create generational wealth for their families.”

Wed Aug 24 , 2022
New York Rep. Jerrold Nadler is projected to defeat Rep. Carolyn Maloney, ABC News reports, after a bitter incumbent-on-incumbent primary on Tuesday that forced Manhattan Democratic voters to pick between two senior House lawmakers. With about 81% of the expected vote reported, Nadler won with 56% over Maloney, who trailed […]