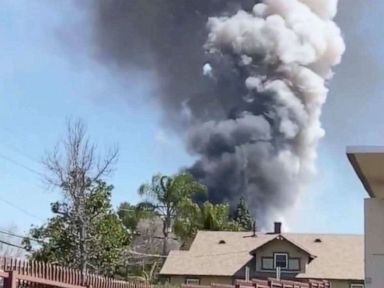 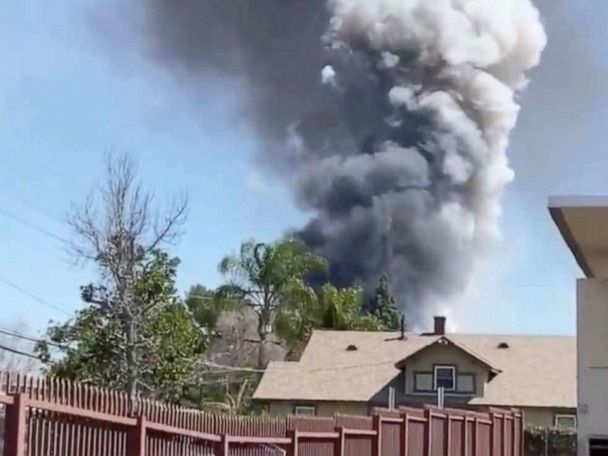 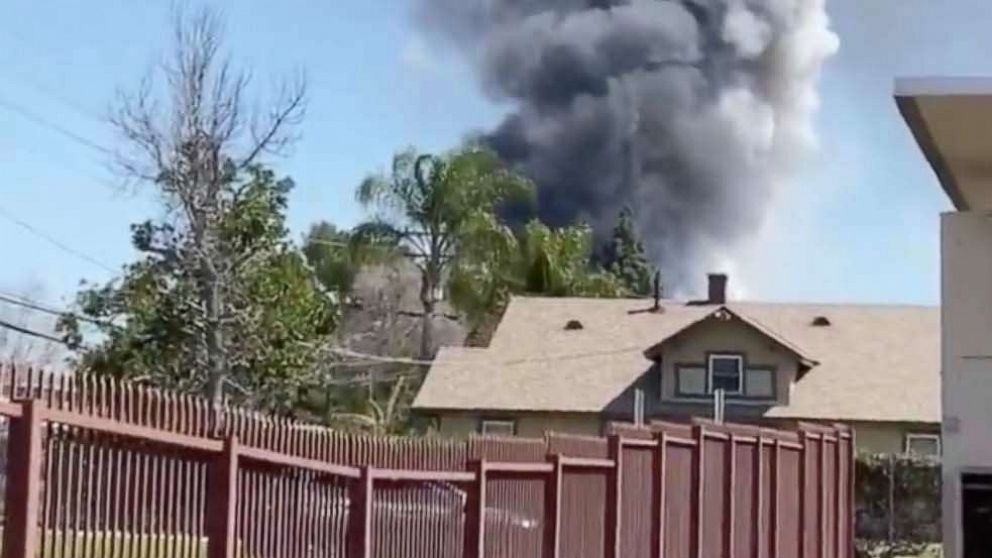 The explosion shook houses in the neighborhood and blew out windows.

A “large amount” of fireworks at a house sparked an explosion and fire that has left two people dead in Ontario, California, according to the city and fire department.

The explosion took place at about 12:30 p.m. local time. Video of the scene showed the home entirely destroyed by the blast.

Ontario Fire Chief Ray Gayk said two dead bodies were found as they fought the blaze. First responders weren’t able to access the lot because there was still a significant amount of ordinance on the ground.

The Ontario bomb squad was combing the area before firefighters make their way in, Gayk said. All fireworks are illegal in Ontario, officials said.

Ontario Police Chief Mike Lorenz said there were previous complaints about the property.

Gayk said it will take several days to investigate, but they are receiving help from agencies including the Bureau of Alcohol, Tobacco, Firearms and Explosives.

“Explosions being heard are by fireworks at this time,” city officials tweeted. “Please stay clear of the area.”

Ontario is about 40 miles east of Los Angeles.

Nearby residents shared videos on social media of people running away as more fireworks exploded and sent smoke into the air.

One resident, whose house shook, thought it was an earthquake. Another neighbor told Los Angeles ABC station KABC that the blast broke their windows.

As of 3:30 p.m. local time, firefighters were still battling the fire.

Tue Mar 16 , 2021
Pedestrians pass in front of a Nordstrom Inc. store in the Midtown neighborhood of New York, on March 20, 2020. Gabby Jones | Bloomberg | Getty Images High-end retail stocks have made strong gains in recent months, and recent trading activity could be signaling more upside on the horizon, CNBC’s […]