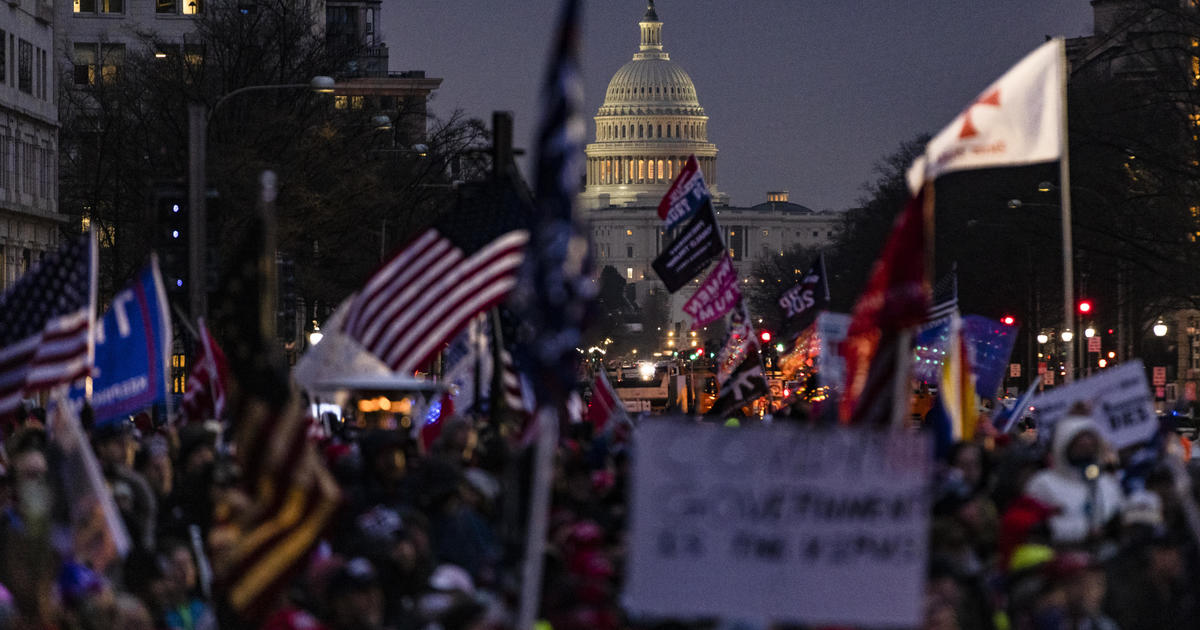 President Trump addresses supporters Wednesday at a rally near the White House as Congress prepares to convene in a joint session to count the electoral votes, the final step before President-elect Joe Biden is inaugurated January 20.

After repeated failed attempts to reverse the outcome of the election in the courts and by pressuring state legislatures to seat their own slate of electors, Mr. Trump is now making yet another last-ditch effort, looking to Republicans in Congress and Vice President Mike Pence to deliver him a second term.

Pence, as president of the Senate, will preside over the joint session, during which each state’s electoral votes are read aloud and tallied. The president has falsely claimed the vice president can reject the electoral votes, but Pence does not have the authority to do what Mr. Trump is suggesting.

How to watch President Trump’s remarks at the rally

Still, some GOP senators and dozens of Republicans in the House plan to challenge the election results from some battleground states by making written objections to their electoral votes. The efforts, though, will be futile, as sustaining an objection and invalidating a state’s votes requires support from a simple majority of both the House and the Senate. Democrats hold a majority of seats in the lower chamber, and are highly unlikely to join the challenges to electoral votes cast for Mr. Biden. A number of Republicans have also called such efforts unconstitutional.

While the joint session convenes on Capitol Hill, thousands of Mr. Trump’s supporters have descended on Washington, D.C., to attend the rally at the Ellipse, a park located between the White House and the Washington Monument, and protest the election results.

The District of Columbia National Guard has activated 340 members to support the D.C. Metropolitan Police during the pro-Trump demonstrations in response to a request from D.C. Mayor Muriel Bowser.