A funeral service for Andrew Brown Jr., a 42-year-old Black man killed by police, is being held at noon Monday at Fountain of Life Church in Elizabeth City, North Carolina. The Rev. Al Sharpton will give the eulogy. Ben Crump, who represents Brown’s family, and the Rev. William Barber II, leader of the Poor People’s campaign, will also speak, according to The Associated Press.

Hundreds of community members in Elizabeth City came together over the weekend to publicly mourn Brown’s death ahead of his funeral. Protesters continued to demand the release of bodycam footage from the incident, chanting, “release the tape!” through the streets.

Sharpton, who recently delivered the eulogy for Daunte Wright, a Black man who was shot and killed by a police officer in Minnesota, told the AP that he wants to celebrate Brown’s life, but also call attention to larger problems with policing.

“I would want to get across that this is a human being. And for us, it’s part of a continual abuse of police power,” he said.

The Elizabeth City mayor has imposed a nightly curfew and declared a state of emergency over fears of violence. Many people who spoke with CBS News said the curfew is unnecessary because protests have been peaceful for the last week and a half.

However, the county sheriff issued another warning against potential unrest on Sunday.

“We hope protests this weekend are peaceful; however, we are prepared to ensure the safety of our community in the event of unlawful disruptions,” Wooten said. “We all want answers about the death of Andrew Brown Jr. However, we must wait for the investigations to be completed so we have the facts.”

Relatives and friends gathered for a private viewing at Horton’s Funeral Home and Cremations Chapel on Sunday morning, ahead of the march. The quiet memorial service and public viewing began at the Museum of the Albemarle on Sunday afternoon.

Brown, who was a father of seven, was killed on April 21. Seven deputies arrived at his home to serve a warrant as part of a drug investigation.

Brown’s family has called on the sheriff’s office to publicly release the full bodycam and dashcam footage of the shooting. They were shown a short, redacted clip of the incident, but a judge’s ruling last week allowed the sheriff’s department to share the full footage with family members.

The family has described the killing as an “execution.”

Crump released the results of an independent autopsy last week that found Brown was shot five times, including a “kill shot” to the back of the head. In a statement released after the judge’s ruling Wednesday, Crump and other family attorneys said they are “deeply disappointed” in the judge’s ruling and vowed to continue pushing transparency.

Under North Carolina law, body camera videos are not public record and they require a court order before they are released. Judge Jeffery Foster denied a petition to immediately release the video publicly. He said he will further evaluate the public release of the videos after an investigation is complete.

On Thursday, Wooten identified the deputies involved in the fatal arrest. In a statement obtained by CBS affiliate WTKR, Wooten said four of those officers did not fire their weapons and have returned to active duty, while the three others who did open fire remain on administrative leave.

Wooten identified the three deputies on leave as Investigator Daniel Meads, Deputy Sheriff Robert Morgan and Corporal Aaron Lewellyn. The FBI has launched a civil rights investigation into the shooting.

Teacher suspended after calling George Floyd a "criminal" in class

Mon May 3 , 2021
A high school teacher in New Jersey was suspended after going on a profane tirade and calling George Floyd a “criminal” in a virtual class, school officials said.  A discussion about climate change on Zoom last week turned into an airing of grievances by Howard Zlotkin, a teacher at William […] 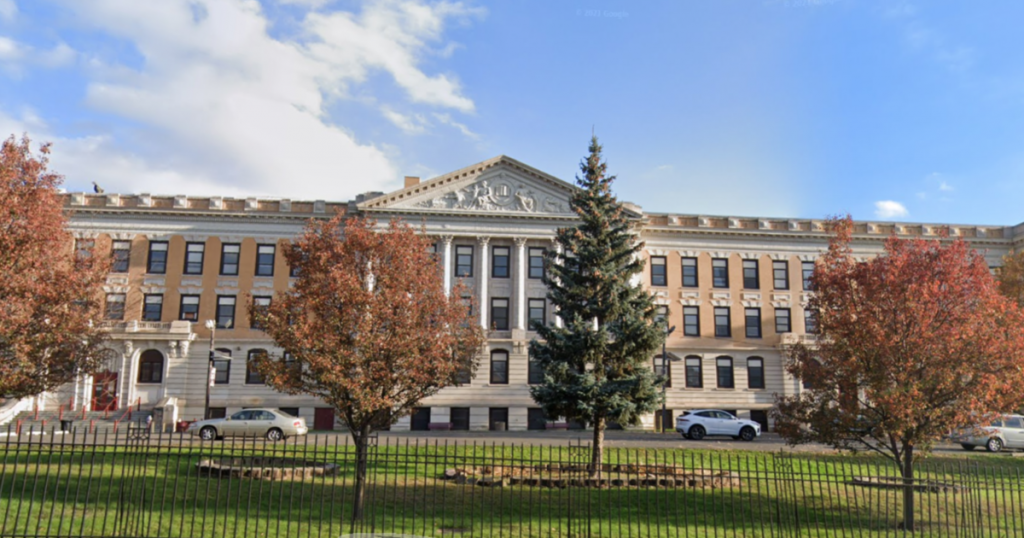