A pedestrian outside the New York Stock Exchange in New York, July 29, 2020.

Futures for the Dow Jones Industrial Average and the S&P 500 both hovered around the flatline. Nasdaq 100 futures traded in modestly positive territory.

The weakness in futures follows a strong week for the stock market. The Dow jumped 3.3% to post its biggest one-week gain since August, while the S&P 500 and Nasdaq Composite gained 3.8% and 4.6%, respectively, for their best weeks since July.

“Markets last week appeared to price perceived election clarity, and with it, a growing likelihood of additional fiscal stimulus – at least in the pipeline. This was reflected from Small Cap outperformance to rising Treasury yields,” Julian Emanuel, BTIG’s chief equity and derivatives strategist, said in a note to clients Sunday.

Chances for another round of stimulus before the election appeared to dim over the weekend, however, as both House Speaker Nancy Pelosi, D-Calif., and Senate Republicans pushed back on a $1.8 trillion offer from the White House.

Monday’s session could also see investors and traders adjusting their positions before the third quarter earnings season kicks into high gear later in the week. Several major banks and airlines are slated to report their results, including JPMorgan Chase and Delta Air Lines on Tuesday.

Mon Oct 12 , 2020
Galveston, Texas — A Black man who was led by a rope by two white officers on horseback has sued a southeast Texas city and its police department for $1 million, saying he suffered humiliation and fear during his arrest. A lawsuit filed last week in Galveston County district court […] 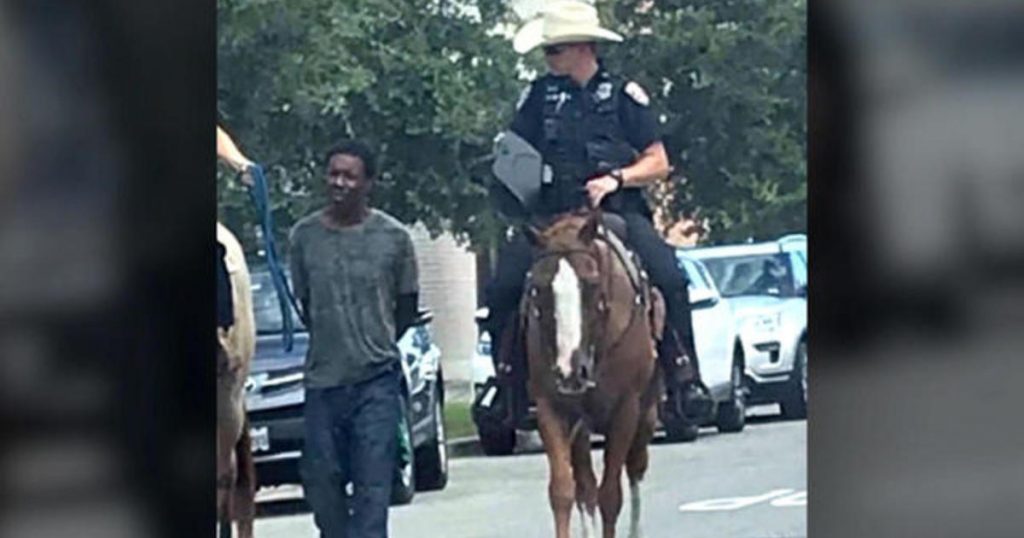