An annual gathering of conservatives this weekend in Florida is set to serve as the official reemergence of former President Donald Trump – and an opportunity for lesser-known Republicans quietly plotting their futures in his long shadow to stand out.

“There’s no question that the gun has gone off on the 2024 campaign for the Republican nomination,” said Matt Schlapp, chairman of the American Conservative Union, which oversees CPAC.

But  Mr. Trump and his future loom large over the confab.

“The big question,” said Schlapp, “is does the former want to be the current again?”

The conference promises to be an officially pro-Trump affair, if only because anti-Trump voices in the party are not allowed.

Leaders like Senate Minority Leader Mitch McConnell, Congresswoman Liz Cheney and former United Nations Ambassador Nikki Haley, who have strongly criticized the former president’s words and actions on and before the January 6 insurrection at the U.S. Capitol, are not appearing. Only Haley was invited. She accepted but later withdrew, for reasons that are unclear.

Schlapp said he spoke recently with former Vice President Mike Pence, who is not attending as he’s chosen to keep a low profile as he prepares for the launch of his new political entity that will be used to help elect GOP candidates, especially in next year’s midterm elections.

“I’m sorry he’s not coming, but I respect his decision to wait a little bit before he reemerges,” Schlapp said of Pence.

Earning a speaking invitation usually requires earning at least 80% on the ACU’s scoring card that tracks key votes and a Republican’s stance on specific issues.

“Most of those people who were agitating against Trump would not meet our conservative threshold,” Schlapp said.

Republican congressional leaders are divided over Mr. Trump’s reemergence this weekend. At a press conference on Wednesday, House Minority Leader Kevin McCarthy and Cheney were asked if the former president should be speaking at the conference.

“Yes, he should,” McCarthy said.

“That’s up to CPAC,” Cheney said. “I’ve been clear in my views about President Trump and the extent to which following January 6, I don’t believe he should be playing a role in the party.”

A visibly annoyed McCarthy piped up again: “On that high note, thank you very much” and ended the press conference.

“Larry Hogan was of course not invited, because he’s the one who canceled CPAC” in Maryland, Schlapp said. Given how upset conference attendees about the Maryland decision, he said inviting Hogan “would be almost like we were trying to torture him.”

Aides to Hogan, a moderate who has said he’s keeping his 2024 options open, didn’t reply to requests for comment.

The conference is set to begin Friday morning with a tribute to Florida and its governor, Ron DeSantis, who is also said to be toying with a 2024 campaign as his poll numbers with fellow Republicans climb in response to his leadership of the Sunshine State during the pandemic.

Adding even more political intrigue to the weekend: Donald Trump Jr. is hosting a fundraiser for Noem this weekend, according to a source familiar with the plans.

Meanwhile, Cotton is using his own campaign money to help the party in key Senate battleground states – and to raise his own profile in a key early primary state. He is bankrolling a mid-five figures digital ad campaign to target Senators Raphael Warnock, who represents the critical battleground state of Georgia, and Maggie Hassan of New Hampshire, to vote against Xavier Becerra, Mr. Biden’s choice to lead the Department of Health and Human Services. That the digital ads end with an image of Cotton and will air in a critical battleground state and the state that holds the first presidential primaries is, well, no coincidence.

The conference culminates on Sunday with the results of the conference’s annual presidential straw poll – literally the earliest 2024 test – followed by the former president’s speech.

Given the decidedly pro-Trump slant of the conference, he is likely to walk on stage to address the crowd just after dominating the straw poll.

Recent polling data reinforces Mr. Trump’s formidability: A recent CBS News poll found 73% of Republicans said it was very or somewhat important that the GOP show loyalty to Trump. A Politico/Morning Consult poll conducted after his recent impeachment trial found 81%  of Republicans approve of Trump. And an Economist/YouGov poll published this week found 48%  of Republicans wouldn’t vote for a congressional or gubernatorial candidate who is critical of the former president.

Though Mr. Trump would be 78 years old in 2024, his supporters are not concerned. A Suffolk/USA Today survey found that nearly 6 in 10 Republicans would like him to run for president in 2024, while 29% did not want to see him run. But 76%  said they would vote for him if he sought the Republican nomination, and 85 percent would vote for him if he were the GOP nominee.

For now, Schlapp cautioned that potential GOP presidential candidates not named Trump might want to hold off on any aggressive wooing of the party faithful.

“It would be ambitious to come out if you’re not Donald Trump and start announcing,” he said. “But there’s no question that when people see Mike Pompeo and Josh Hawley and Ron DeSantis and other people – Marco Rubio – I think everyone understands one of the reason they’re here is they could be our future leader.”

Adam Brewster and Caitlin Huey-Burns contributed to this report.

Fri Feb 26 , 2021
Republican Congressman Peter Meijer thinks former President Trump “destroyed” his legacy on January 6, calling the attack on the Capitol by Trump supporters the “defining moment” of his presidency. Meijer was one of 10 Republicans in the House to vote to impeach Mr. Trump on a charge of incitement of […] 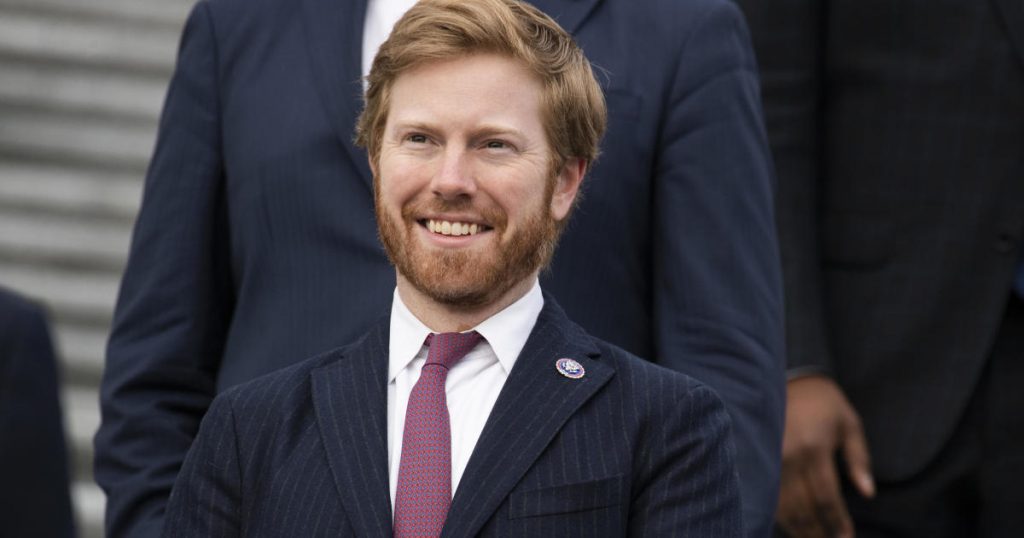