Just as he was on Friday against Jo-Wilfried Tsonga, the 30-year-old world number seven was in commanding form to crush Pouille 7-6(3) 6-3 6-3 to give the Croats a winning 3-1 lead.

He did not drop a set in his two singles while Croatian number two Borna Coric had given the favourites a flying start on Friday with an easy win over Jeremy Chardy.

Neither Cilic nor Coric dropped serve all weekend as Croatia emulated the 2005 side which beat Slovakia in the final.

“This is the one of the best teams we’ve ever had — it’s like a dream team,” Krajan said. “After seven years on the bench (as captain) it’s an honour for me to be here.

“My singles players not only didn’t lose a set, they didn’t lose serve in three matches which is an unbelievable achievement and shows you the quality that we produced.”

Victory was especially sweet for Cilic who had bitter memories of the 2016 final against Argentina to banish.

In that match in Zagreb, he was two sets to the good against Juan Martin del Potro and required just one more set to give Croatia a match-winning 3-1 lead.

Del Potro battled back to win in five before Federico Delbonis beat Ivo Karlovic to give Argentina victory.

“I always sleep well,” the 30-year-old Cilic, who made his debut in 2006, said, when asked whether that Del Potro defeat occasionally kept him awake at night.

“I’m just proud of the team today after everything we’ve been through. “This is definitely one of the best moments of my career. There was a lot of pressure but I played a hell of a match today and deservedly won.”

Cilic said the fact that the final was the last in the competition’s current guise added to the joy.

“It’s amazing to finish a chapter of this kind with the way we played and the atmosphere that was in the team.”

France captain Yannick Noah, who will step down from his third stint in charge, said his team had been outplayed as they failed in their bid to win the title two years in succession.

“The guys did the maximum,” Noah said. “Sometimes the bar is too high. That’s my feeling.

“We lost to a better team. We did everything we could to be at this level with the Croatian team. We just went to their locker-room to congratulate them. I think they’re beautiful winners and they deserve it.”

The Latest: Russia blames Ukraine for clashes at sea

Sun Nov 25 , 2018
The Latest on Russian-Ukrainian naval tensions near Crimea (all times local): 11:30 p.m. The Russian Federal Security Service says that it has evidence that Ukraine is responsible for clashes between Russian and Ukrainian ships in the Black Sea. The agency, known as the FSB, said in a statement Sunday night […] 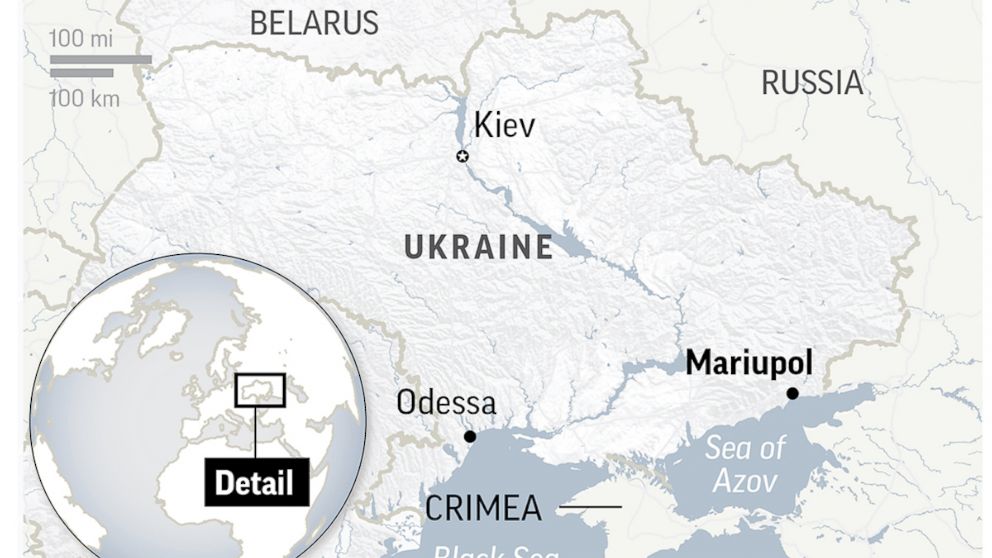