The deal being discussed would merge Fenway Sports Group with RedBall Acquisition Corp and will value the owner of the Liverpool Football Club at around $8 billion including debt, the source said, asking not to be identified.

The talks were reported earlier by the Wall Street Journal newspaper, which said the discussions are in the early stage and could still fall apart.

The newspaper also said RedBall, which raised $575 million in August to buy businesses in sports and sports-related media and data analytics, plans to raise an additional $1 billion to buy a stake in Fenway Sports Group that will not exceed 25%.

(Reporting by Kanishka Singh and Sabahatjahan Contractor in Bengaluru; Editing by Sonya Hepinstall)

Armenia and Azerbaijan agree to cease-fire after weeks of conflict

Sat Oct 10 , 2020
With Russia’s mediation, Armenia and Azerbaijan agreed to a cease-fire in Nagorno-Karabakh starting at noon on Saturday. The cease-fire follows two weeks of heavy fighting that marked the worst outbreak of hostilities in the separatist region in a quarter-century. The countries’ foreign ministers said in a statement that the truce […] 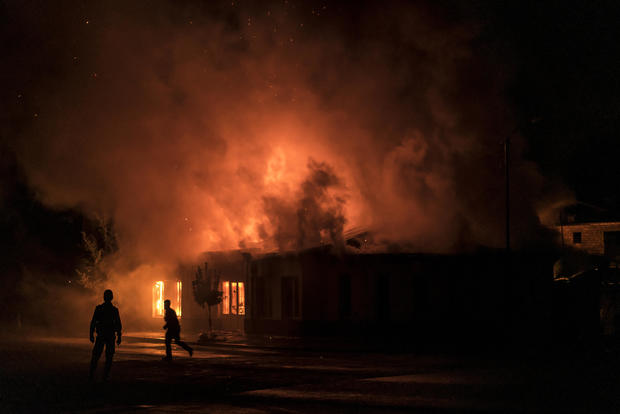