Consumer advocate Ralph Nader on CNBC on Monday called for the removal of Boeing CEO Dennis Muilenburg and the entire Boeing board of directors as the fallout intensifies over the aircraft maker’s grounded 737 Max.

“They’re dug in so much that they now have a career conflict of interest with the wellbeing of Boeing in the future,” said Nader, whose grandniece was killed in the March crash of a 737 Max jet in Ethiopia.

Muilenburg was stripped of his chairman title Friday. Boeing said the separation of the two roles will allow Muilenburg to focus on getting the Max back to service. Lead director David Calhoun will serve as non-executive chairman.

Shares of Boeing were dropping about 1.5% in Monday’s premarket trading, following Friday’s revelations of 2016 emails that called into question the safety of the 737 Max jet’s flight control system. Boeing said Sunday it understands the concerns over the test pilot’s leaked messages and it’s continuing to investigate what they meant.

In July, Nader urged the Federal Aviation Administration to permanently ground the 737 Max jet, saying that “the plane cannot be refixed.”

Nader’s grandniece, Samya Stumo from Massachusetts, was among the 157 people killed in the Ethiopian Airlines crash shortly after takeoff from Addis Ababa. Another crash involving a 737 Max happened in October 2018, when a Lion Air flight went down in Indonesia’s Java Sea, killing 189 people.

The jets have been out of service worldwide since March in the wake of the two crashes.

Mon Oct 21 , 2019
FILE PHOTO: Britain’s Prime Minister Boris Johnson speaks at the House of Commons as parliament discusses Brexit, sitting on a Saturday for the first time since the 1982 Falklands War, in London, Britain, October 19, 2019, in this screen grab taken from video. Parliament TV via REUTERS October 21, 2019 […] 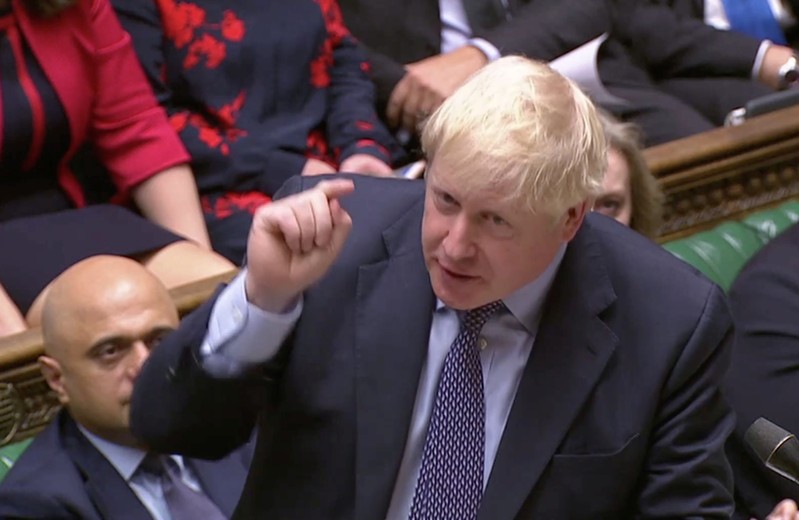