Rodriguez (10-4) gave up just one run on five hits and two walks as the Red Sox took the first of three games between last year’s World Series opponents. Boston won that best-of-seven series four games to one.

Alex Verdugo homered and had two of the Dodgers’ five hits. Los Angeles dropped its fourth straight. The game marked the return of Corey Seager, David Freese and A.J. Pollock to the Dodgers’ lineup after stints on the injured list. The trio combined to go 1-for-11, with Pollock singling for the sole hit.

Buster Posey cleared the bases with his fifth career grand slam in the top of the 10th inning, sending San Francisco to victory over host Milwaukee in the opener of a three-game series.

After both teams had scored one run in the ninth, Posey connected for just his fourth home run of the season, his first since June 1. The grand slam was Posey’s first since June of 2015 and the second of his career at Milwaukee. Posey had been 0-for-3 with three strikeouts with the bases loaded this season.

Brandon Crawford hit a tie-breaking home run off All-Star Josh Hader with two outs in the top of ninth, putting his team up 6-5, but All-Star Will Smith couldn’t hold the lead in the bottom of the frame, sending it to extra innings.

Texas rallied from a four-run deficit against the Houston bullpen, capping the comeback against Astros closer Roberto Osuna (3-2). The Rangers slugged five home runs to outlast the Astros and claim the opening two games of this four-game set. Shawn Kelley (5-2) pitched a perfect ninth in the victory.

Jorge Polanco belted a two-run double with two outs in the seventh inning as visiting Minnesota rallied over Cleveland.

Nelson Cruz launched a solo homer in the first inning, and Mitch Garver went deep to lead off the eighth for the American League Central-leading Twins, who posted their third win in four contests to move 6 1/2 games ahead of Cleveland.

Carlos Santana blasted a solo homer to lead off the fourth inning, and Roberto Perez slapped a two-run single for the Indians, who saw their season-high six-game winning streak come to a halt.

Jason Heyward’s two-out single in the bottom of the eighth inning drove in the go-ahead run, and Chicago opened the second half by beating visiting Pittsburgh.

Heyward’s heroics came after the Cubs blew a 3-0 lead in the top of the eighth. Starling Marte hit a three-run home run with two outs off Pedro Strop before winning pitcher Randy Rosario (1-0) got the final out of the inning.

The Cubs responded by putting two runners on base against Pirates reliever Kyle Crick (3-5). Heyward ripped a single to left field to drive in Kris Bryant, who had homered in the seventh to break a scoreless tie. Craig Kimbrel pitched a 1-2-3 ninth inning for his third save since joining the club.

Tampa Bay started the second half of its season with a bang thanks to that seven-run, eight-hit top of the first. In fact, every member of the Rays’ starting lineup had registered a hit by the second inning where they took a 9-0 lead. The Rays finished with season highs in runs and hits (20).

Seven of the Rays finished with at least two hits, and Lowe led the way (4-for-5, a triple shy of the cycle) as the Rays won their third straight. Baltimore starter Dylan Bundy (4-11) lasted just that one inning and gave up the seven runs on eight hits.

Domingo German pitched six dominant innings of three-hit ball, and Edwin Encarnacion hit a bases-clearing three-run double in the fifth inning as New York opened the second half by blanking visiting Toronto in front of its largest home crowd of the season.

In front of 47,162 fans and their fifth sellout crowd of the season, the Yankees won for the 17th time in their last 21 games and beat the Blue Jays for the fifth straight time. Toronto lost for the fourth time in five games and was blanked for the sixth time this season.

In his second start back from a hip injury, German (11-2) allowed three singles, struck out seven and walked none. German became the fourth 11-game winner in the majors, joining Texas right-hander Lance Lynn (who has 12), Chicago White Sox All-Star Lucas Giolito and Washington’s Stephen Strasburg.

Strasburg gave up seven hits with six strikeouts and one walk on 111 pitches, 70 for strikes. Strasburg improved to 11-4 with the impressive outing. The Nationals were one of the hottest teams in the major leagues before the break and have now won 11 of their last 13 games.

Ray (7-6) gave up one run on two hits in 6 1/3 innings with eight strikeouts. Walker hit his 18th home run of the season in the fourth for the first run of the game. Lamb broke a 1-1 tie in the seventh by homering off Andrew Miller (3-4). Marte slugged his team-leading 21st homer with a two-run shot in the eighth to make it 4-1.

Arizona closer Greg Holland walked Matt Wieters with two outs in the ninth before striking out Kolten Wong to end the game for his 15th save in 19 opportunities. Arizona has won four consecutive games. St. Louis has lost three in a row.

Left-hander Caleb Smith (5-4) pitched six strong innings in his second start since returning from left hip inflammation as the Marlins defeated the Mets for the fourth consecutive time this year after losing the first five games of the season series.

Wilson Ramos drove in a pair of runs, and Todd Frazier hit a late home run, his 12th, as the Mets lost for the fourth time in their past five games and dropped their sixth consecutive road game.

David Hernandez (2-5) relieved starter Sonny Gray after he allowed one run and five hits over seven innings and gave up the game-tying homer with one out to Dahl and the go-ahead homer with two outs to Murphy, both on two-strike pitches.

Jairo Diaz (2-2) earned the win in relief of Rockies starter Jon Gray, who allowed two runs and four hits in seven innings. Wade Davis pitched a 1-2-3 ninth for his 13th save. Murphy had three hits and two RBIs and Tony Wolters had two hits for the Rockies, who ended a six-game losing streak.

Jake Newberry (1-0) tossed an inning of scoreless relief to get the victory. Ian Kennedy got the last three outs for his 12th save. Victor Reyes had three hits, two runs scored and an RBI for the Tigers.

Sat Jul 13 , 2019
Tennessee Gov. Bill Lee signed a bill declaring Saturday as Nathan Bedford Forrest Day in honor of the Confederate general, slave trader and early Ku Klux Klan leader. The governor of Tennessee has been required by law to annually declare July 13 in honor of the general. And Lee said […] 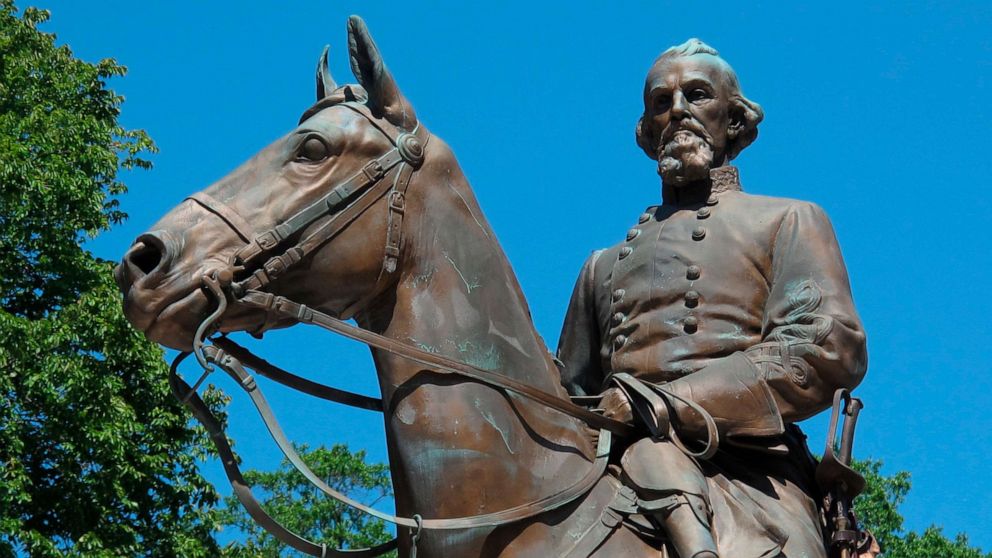