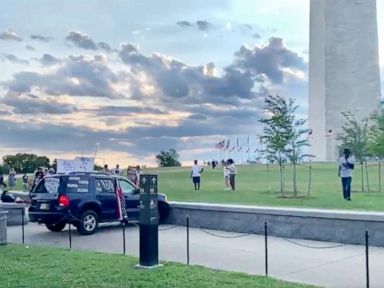 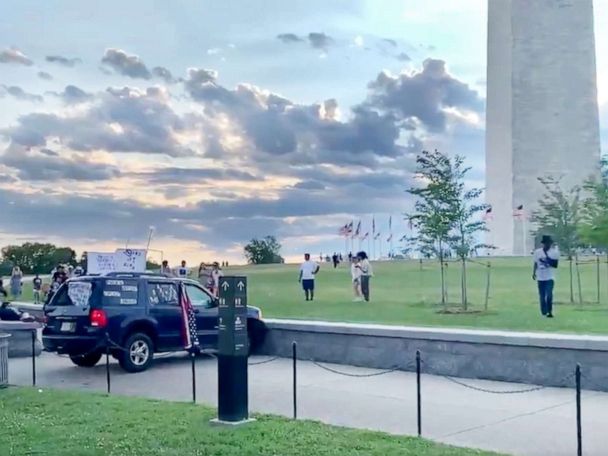 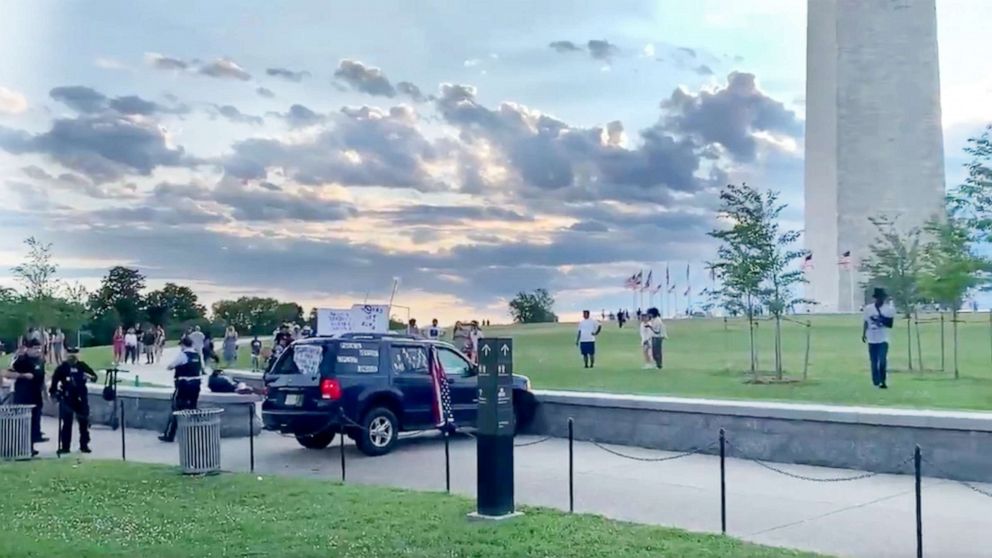 No pedestrians were struck during the crash.

A man has been arrested after allegedly crashing his car just outside the Washington Monument, missing several people who were walking around the landmark Saturday night, police said.

No pedestrians were injured during the incident, which took place around 7:23 p.m., the United States Park Police said in a statement.

Officers responded to the scene and found the SUV, which was covered in signs and had an American flag hanging from its passenger-side door, crashed into the security barrier at 14th Street and Constitution Avenue.

The unidentified driver suffered minor injuries and was arrested at the scene, the police said. The suspect was charged with attempted assault with a dangerous weapon (automobile) and is awaiting a court appearance as of Sunday morning.

No motive has been revealed, and the investigation is ongoing, police said.

The incident took place about 24 hours before crowds were expected to gather at the National Mall for Fourth of July celebrations. 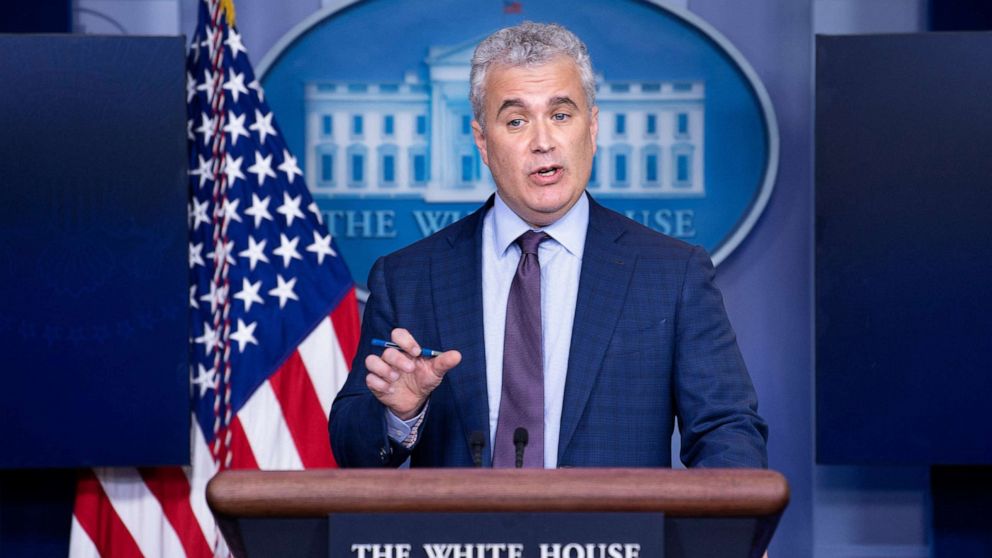