A congressman who has boasted of his qualifications to lead impeachment proceedings against President Donald Trump appears set to take control of the House of Representatives committee entrusted with the power to do just that.

Rep. Jerry Nadler, R-N.Y., was elected by members of his party to become the top Democrat on the House Judiciary Committee in July. His campaign materials characterized him as the “strongest member to lead a potential impeachment.”

Now, with the lower chamber swinging to the Democrats, Nadler is likely to become the committee’s chairman. The panel is traditionally the one that recommends for or against drawing up articles of impeachment. If the House votes to impeach, the Senate is responsible for conducting the trial.

Nadler first earned Trump’s ire in the 1980s by opposing his Manhattan real estate developments. He has been relentless in his opposition to the president while in Congress.

To be sure, Nadler has shied away from overtly calling for impeachment. Last year, he told The New York Times that he didn’t “relish having a constitutional crisis.”

“My view of impeachment is to be very careful about impeachment,” he told The New Yorker in February.

Nadler has been more forthcoming about another area his committee would investigate if Democrats took control. In October, he said the he would launch an investigation into allegations of sexual misconduct and perjury lobbed at Justice Brett Kavanaugh.

“It is not something we are eager to do,” Nadler told The New York Times. “But the Senate having failed to do its proper constitutionally mandated job of advise and consent, we are going to have to do something to provide a check and balance, to protect the rule of law and to protect the legitimacy of one of our most important institutions.”

Kavanaugh has denied any wrongdoing, and only one Supreme Court justice has ever been impeached.

Dems ride blue wave, expected to grab up to 36 seats in the House, ABC news projects

Wed Nov 7 , 2018
Democrats seized control of the House of Representatives Tuesday night, and are expecting to grab between 32 and 36 seats, according to a projection by ABC News. By leading Democrats back to power for the 116th Congress, House Minority Leader Nancy Pelosi immediately becomes the front-runner for Speaker of the […] 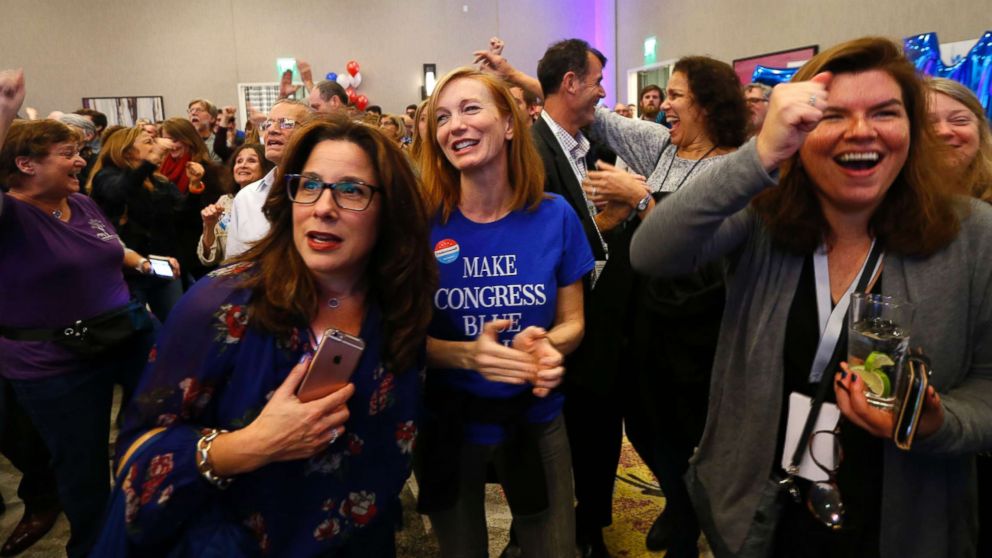