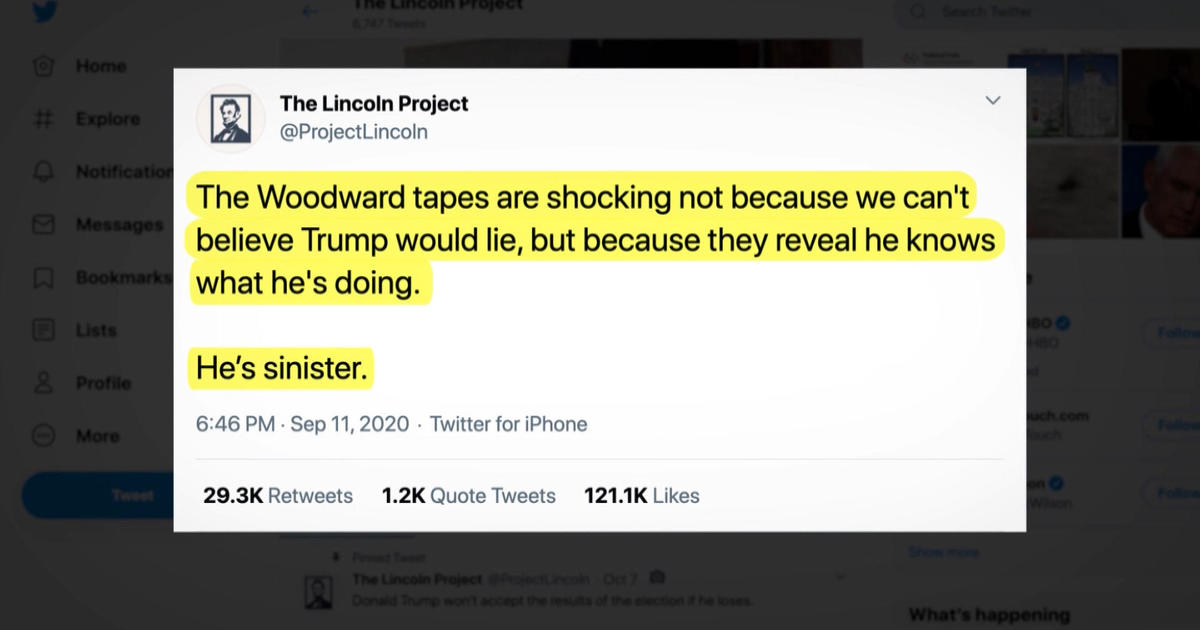 One year ago, Keith Edwards was working in local government as an aide to New York City Council Speaker Corey Johnson. Today, he is overseeing a communications effort on social media that commands a massive viral audience, sometimes including the President of the United States.

As director of communications for the Lincoln Project, and the leading voice behind their viral social media presence, his stated objective is to make the incumbent American leader a one-term, former president.

“The reason I got into politics was to defeat this president,” Edwards tells 60 Minutes Overtime in an interview from the Lincoln Project’s pod in Utah.

Sometimes tweeting under the nom de plume “Abe,” a nod to America’s 16th president, Edwards and his team have built a powerful rapid response campaign, equal parts speed and creativity, all seemingly purpose-built for the way information travels in the time of social media.

“Making a tweet is relatively easy. I think of a tweet, I write the tweet, I send the tweet, ” Edwards explains. “A lot of political campaigns have about 20 different rounds of approval before they can go out, but they have really entrusted me with being able to carry the brand online.”

It’s not surprising that Twitter has been the medium for much of the Lincoln Project’s attention. The Lincoln Project’s founders and principals, profiled on Sunday’s 60 Minutes by Lesley Stahl, are all prolific Twitter users with dynamic and, at times, combative voices on the platform.

“We have founders that are very adept at how Twitter works,” Edwards says. “And so I think even though that might not have been something that they were thinking about immediately, it was definitely in the DNA of the project.”

Keith Edwards says the process of operating the Lincoln Project’s social media presence has come with a learning curve. “I’ve learned that when you’re a big account you can’t engage with the internet the same way you do when you’re one person,” he says. “Being a big account comes with a responsibility to make sure that you are lifting up people along with you.”

Asked what social media has taught him about the American political landscape and electorate, Edwards says the country is divided. “We’re very segmented into our groups,” he says. “There’s the liberal side. There’s the very far right side. And I think the interesting [thing] is that being part of an organization that traditionally doesn’t tie itself to one end or the other– you kind of get push back on all sides.”

The video above was produced by Matthew Polevoy and Will Croxton. Chrissy Jones was the field producer. The video was edited by Will Croxton.

Mon Oct 12 , 2020
This week on 60 Minutes, correspondent Scott Pelley reports on the race to develop therapeutic drugs to reduce the severity of COVID-19. He speaks with Dr. David Ho, a virologist whose team at Columbia University is working around the clock on monoclonal antibodies.  When patients have COVID-19, their immune systems […] 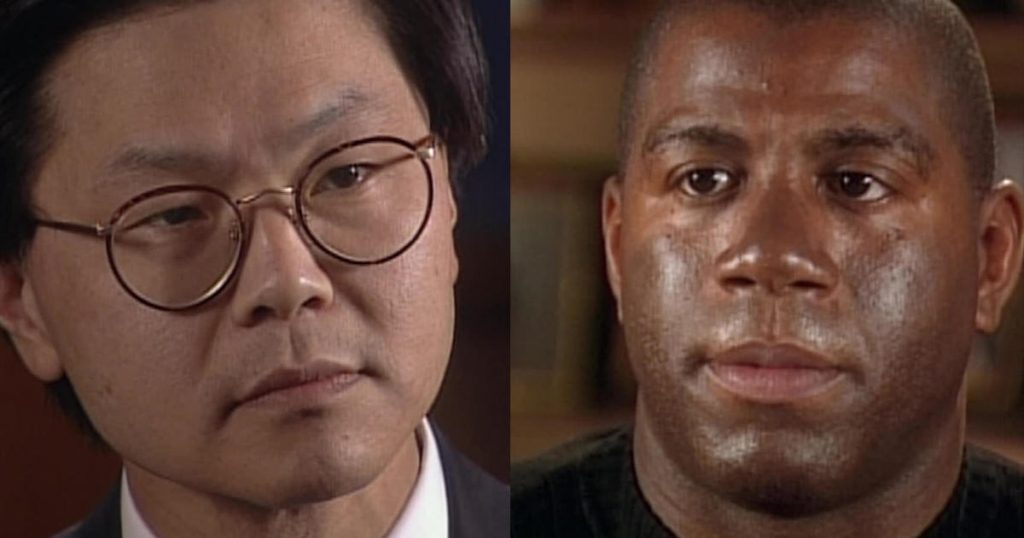