Fiat Chrysler has withdrawn an offer for a merger-of-equals with Groupe Renault, and people close to the negotiations between the two companies are pointing the finger at what they described as meddling by the French government.

The sudden move was announced in a statement released by the Italian-American automaker shortly after midnight European time that said that, while Fiat Chrysler management remained “firmly convinced” of the rationale behind the proposed merger, “it has become clear that the political conditions in France do not currently exist for such a combination to proceed successfully.”

Fiat Chrysler’s decision to withdraw the proposal came suddenly: The two companies, less than three hours earlier, were preparing to issue a joint statement that said the merger plans were going to move ahead after receiving approval from the Renault board, according to a senior-level source closely briefed on the talks between the two companies.

“We went in different directions very rapidly,” that person explained to CNBC. “It turned on a dime.”

Fiat Chrysler made its original merger proposal on May 27 following months of discussions between the two companies. They had initially started discussing more limited measures, including the joint development of new product platforms, CNBC previously reported. But, as the contacts escalated, it became apparent to top managers — including FCA CEO Mike Manley and his Renault counterpart Jean-Dominique Senard — that they had an opportunity to take the ultimate step and combine forces.

There was relatively little overlap in product lines and each company had strengths that could compensate for the other’s weaknesses, many analysts said after studying the proposal. Fiat Chrysler, for one, had the powerful Jeep and Ram brands, while Renault is a leader in the development of autonomous and electrified vehicles.

The French automaker’s board quickly expressed initial interest in the merger proposal, something analysts said was of little surprise since they had been talking to one another for months. It was widely expected to give more formal approval on Tuesday, according to industry observers, but the initial board meeting went by without a resolution, extending into Wednesday.

From the start, several potential obstacles emerged. That included Renault’s long-standing alliance with Japanese automakers Nissan and Mitsubishi. The relationship has been strained since former Renault-Nissan-Mitsubishi Alliance chief Carlos Ghosn was arrested last November on financial corruption charges, with a number of observers questioning whether that was actually the result of Nissan’s desire to gain more control in the three-way partnership.

There have been some concerns about the merger raised by the Japanese, an auto industry veteran with lengthy ties to Chrysler, Nissan and Renault said by email, but that was not likely to scuttle the deal.

If anything, said the person closely briefed on the negotiations who spoke with CNBC, Nissan had expressed interest in the deal and the potential benefits to the Japanese automaker. In its original merger proposal, Fiat Chrysler outlined 5 billion euros in potential synergies, 1 billion of that set to accrue to Nissan and Mitsubishi.

Instead, Fiat Chrysler’s proposal began to break down as a result of “cumulative demands and pressures” from the French government, said the insider briefed on the talks. That began just hours after the original proposal was announced, with France’s finance minister laying out three key demands, including the need to preserve all of the Renault jobs and plants in France.

That expanded to include demands covering the location of the merged company’s headquarters and the make-up of its board, the insider explained, adding that “the final one” was the French government’s demand that the Renault board delay making a decision for another week to allow for further consultations with Nissan and Mitsubishi.

“There was a clear, growing realization that this is not an environment in which the proposal can come together,” the Fiat Chrysler source said, noting the irony that there remains “a very cordial relationship” between the two companies, and, in particular, between CEOs Manley and Senard. Renault’s 66-year-old chief executive is now finding himself “in a very difficult position,” said the industry veteran who has been linked to several of the carmakers.

Senard was pushed into the post by the French government — which holds a 15% stake in the automaker — after former Renault CEO Ghosn tendered his resignation, but now finds himself on the outs as a strong supporter of the merger proposal.

“It’s unfortunate this proposal failed so quickly,” said Karl Brauer, an analyst with Kelley Blue Book, “though it’s better than having it drag on for weeks or months and then fail.

What will happen next is uncertain, the Fiat Chrysler insider said one should “never say never,” and it is possible that clearer heads could prevail, though it is unlikely the merger proposal would quickly be revived.

Fiat Chrysler could also look at other merger possibilities — news reports earlier this year suggested the company might want to tie up with the other major French automaker, PSA. CEO Manley, meanwhile, said he was more than willing to continue operating independently during a media round table at the North American International Auto Show in Detroit last January.

Thu Jun 6 , 2019
article A Mexican federal judge has lifted an arrest warrant issued for a former head of the state oil company Petroleos Mexicanos in a corruption investigation, but says he must appear at a hearing. Continue Reading Below Prosecutors issued the warrant for Emilio Lozoya last month, saying there is evidence […] 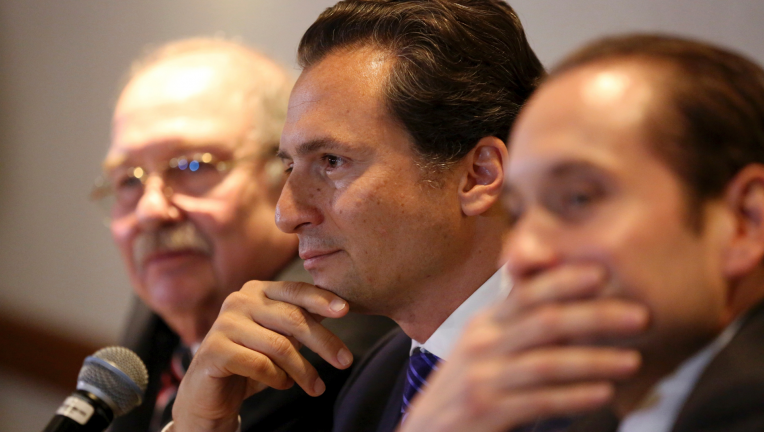