By Simon Lewis and James Oliphant

The Democratic presidential debate in the majority-black Southern city on Wednesday night put a focus on African-Americans, who make up about a quarter of Democratic primary voters and caucus-goers in presidential nominating contests.

Biden, who served as No. 2 to Barack Obama, the first black U.S. president, touted his long-standing relationship with the African-American community. Pete Buttigieg, the South Bend, Indiana, mayor who has been rising in opinion polls but has very little backing from black voters, acknowledged the hurdles he still faced with winning broader support. [L2N280175]

Buttigieg appeared at a forum on Thursday sponsored by the National Action Network, the Reverend Al Sharpton’s advocacy group, and at a voting rights event at Ebenezer Baptist Church, once the pastoral home of Martin Luther King Jr.

In his remarks at the forum, Buttigieg sought to bond with the crowd through his own Christian faith, saying, “We have to put an end to the idea that God belongs to a political party.”

But even as he did so, one of his rivals, U.S. Senator Kamala Harris, who is black, was criticizing his comments on race during the previous evening’s debate as “naive.” The mayor answered a question about his relationship with black voters in part by talking about his own struggles as a gay man.

Told of Harris’ comment on Thursday, Buttigieg did not apologize, though he said there was “no equating” the experiences of black people and gay people.

“Anyone who has experienced whatever personal struggle we bring to this fight needs to reach into that as motivation to help others,” he said.

Biden’s support is especially strong among older African-Americans, but his main rivals in national polls, U.S. Senators Elizabeth Warren and Bernie Sanders, on Thursday were both targeting young black voters, seen as more likely to connect to their progressive platforms.

“When we talk about the great struggles for human rights that Dr. King exemplified, healthcare is one of those struggles, said Sanders.

Warren was set to speak at nearby Clark Atlanta University, which is also an HBCU.

Reuters/Ipsos public opinion polls in October and November found that Biden has the support of 32% of Democrat, independent and unaffiliated African Americans in the nominating contest. Just 1% supported Buttigieg, with 16% supporting Sanders, 9% for Warren and 6% for Harris.

For many African-American voters, like other Democratic voters, getting Republican President Donald Trump out of office in November 2020 overshadows other considerations.

During the debate, Trump’s campaign sent an email citing economic gains for black Americans during his presidency.

But retired nurse Martha HardyHoward, 65, who grew up during the segregation era in the South, said she fears Trump’s presidency has uncorked racist sentiments once again.

She is leaning toward voting for Biden in Georgia’s March primary but is also looking closely at Warren and Buttigieg.

“We really need someone with experience in the White House right now,” said HardyHoward, who is black.

The former vice president is targeting diverse early voting states South Carolina and Nevada to build a lead in the Democratic nominating contest.

“Voters know who Joe Biden is and what he stands for,” an aide said. “The onus is on the rest of the field to show that they can appeal to a broader segment of the Democratic electorate than they have so far.”

Atlanta resident Kendall Boone, 28, said he liked Warren’s plans, such as her proposal to cancel student debt, but might still vote for Biden.

“Maybe it’s not the time for that right now,” Boone said of Warren’s progressive platform. “This election is about who’s going to beat Trump.”

Thu Nov 21 , 2019
People walk past a Victoria’s Secret store in Barcelona. John Milner | LightRocket | Getty Images Victoria’s Secret has yet to stem its sales declines, but the company is hopeful that new products will win back customers. The brand is pursuing “more elevated product — more glamour, more fashion, a […] 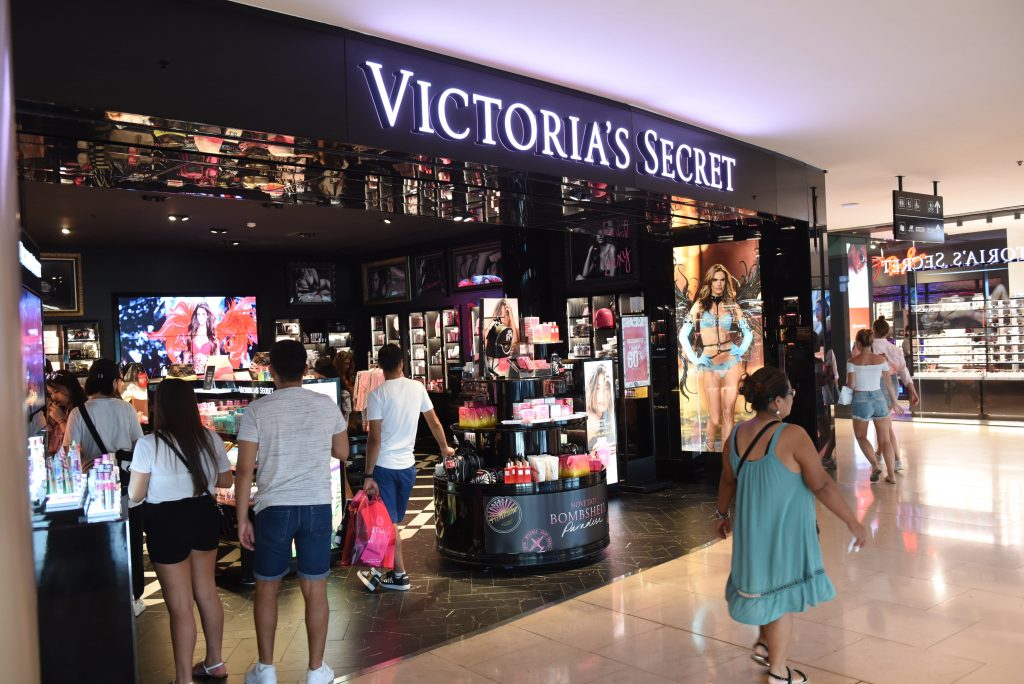