DOVER, England (Reuters) – Britain deployed additional military personnel to the port of Dover on Friday to help clear the queues of lorries following the resumption of cross-channel travel for drivers who test negative for COVID-19.

Ferry services between Dover and the French port of Calais restarted on Thursday, ending several days of a blockade imposed by France following the discovery of a new coronavirus variant in England.

Traffic was moving only slowly through the port on Friday, a public holiday. Most trucks were still parked further up the motorway as drivers waited to take tests before being allowed to board the cross-channel ferries.

Soldiers were checking vehicles and drivers’ documents at the entrance to the port and French officials, in Dover to help clear the backlog, were seen administering a nasal swab to a driver.

An additional 800 British troops have now been deployed to the port, on top of the 300 sent initially, British media reported.

The French and British governments agreed to end the blockade late on Tuesday but the long lines of trucks are expected to take days to clear, British authorities have said.

Fri Dec 25 , 2020
body .breaking-news[target-url*=”/video/cbs-this-morning-honors-staff-with-holiday-card/”] { display: none; } Watch CBSN Live The “CBS This Morning” team has been working hard at the CBS News Broadcast Center and from their homes during the pandemic to bring the news every morning. Here’s a holiday card honoring the staff who puts the show on the […] 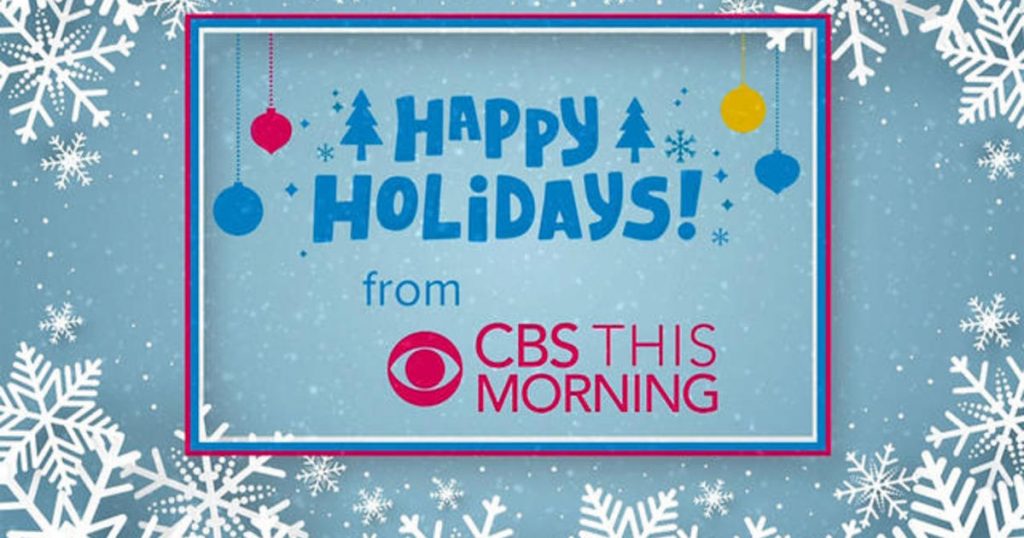