James Comey sat in front of the world and stated that Huma Abedin had committed multiple crimes and yet not one politician called for her indictment.

Comey furthered his part of ruining America and proving that emasculation does indeed physically exist by proclaiming to be “mildly nauseous”.

His willingness to openly proclaim for all to hear that crimes, many of them felonies, have been committed, yet nothing is being done about it, should be all we need to hear.

The man is so sure crimes were committed he didn’t even bother to use the attorney’s favorite word.

Thousands of classified documents were found on the laptop of a man who calls himself Carlos Danger.

Comey said they were taken from Hillary’s private server by Abedin.

Is intent needed to make these felonies?

Crimes are crimes.  Why people do them becomes irrelevant when you have them 100% dead to rights otherwise every person charged with a crime could simply say “I had no idea that was illegal”, or “my intent wasn’t to rob the bank my intent was to pay off my bills.”

How about you make us sick Jimmy.  How about as we are laughing at you Jimmy there is no humor in our eyes.

Justice is supposed to blind.

Comey’s version gives us a complete view of what deaf and dumb look like as well.

This is nothing but B level acting and even worse writing.  Listening to Dianne Feinstein and Comey go back and forth like they hadn’t already worked out the particulars weeks ago was ridiculous.

Where are you Attorney General Jeff Sessions?

Putting aside Sessions (currently) these are stupid people and of course responsible minds must then ask.

What does that make us?

I have a friend.  A good man.   A man who served his community.  A man who did indeed put his life in jeopardy to help others.  He was railing on a few days ago telling me things that I’ve written about many times.  Crime is increasing, the debt is out of control, the border is killing our country.

“We need to do something,” he said.

I asked him if he could run a mile.

Fight with his hands and feet longer than two minutes?

“Probably not,” he answered.

Do you own a weapon?

Now I am not banging on my friend.  He is indeed a good man.  Handles his own business, pays his taxes and is very involved in the community but what if?

What if the crime increases so much it shows up at his door…or yours?

What if the debt debacle finally collapses and everyone attached to a Local, State, or Federal program no longer receives their check or if they do it isn’t enough to cover the basics like water, food, and shelter?

What if somebody tries to rob you without a weapon and you’re simply so out of shape you collapse from a lack of oxygen trying to fight them off?

What if someone points a gun at you and wants your most precious things?

What if breaking the law is no longer a crime?

I reminded my friend that sadly these horrific events happen every day in these United States.

Speaking of horrific humans Nancy Pelosi said this week that the new healthcare bill (that isn’t even close to being implemented) is a destruction of government.

Oh if only this was true.

If only this was true.

Human behavior is easy to understand.

Ill or unprepared humans have no hope at all.

Let that not be these United States.

Let that not be you.

Wed May 10 , 2017
Micaela Bensko, who uses a wheelchair after a spinal injury, paid for access to a Virgin Atlantic lounge to lie down before her flight. But an airline employee denied her access to the lounge, saying Bensko couldn’t come in with her service dog. Bensko was forced to lie down on […] 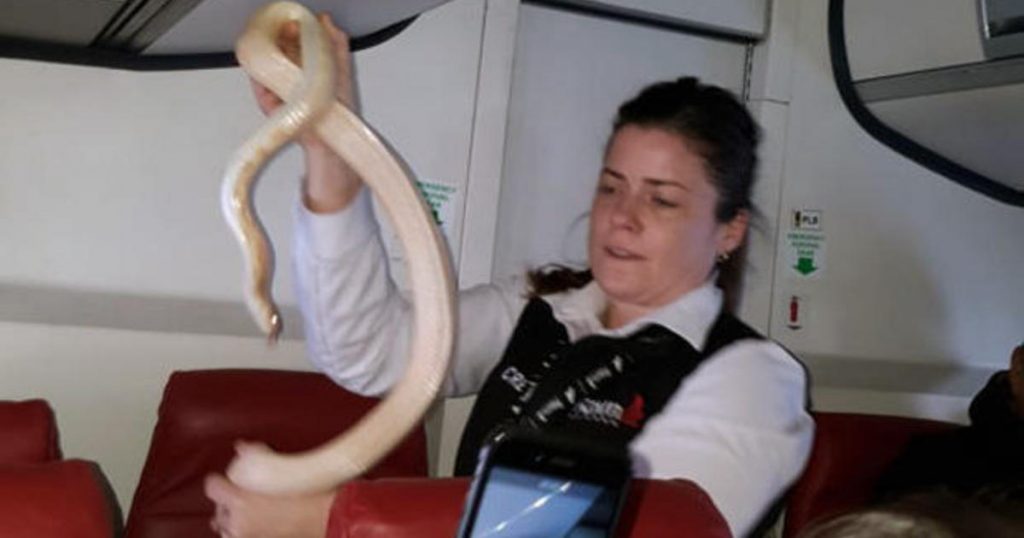