SYDNEY (Reuters) – Asian share markets turned skittish and S&P futures wobbled on Wednesday as results from the U.S. presidential election showed an agonisingly close race with no clear winner yet in sight.

Investors had initially wagered that a possible Democratic sweep by Joe Biden could ease political risk while promising a huge boost to fiscal stimulus, hitting the safe-haven dollar and bonds.

But the mood quickly sobered on signs President Donald Trump could well snatch Florida and was much closer in other major battleground states than polls had predicted. (Who is winning? Click on)

“In typical election risk-driven fashion it’s been the stairs up and express elevator down as early results, especially out of Florida, are pointing away from the quick Biden outcome markets were looking for,” said Stephen Innes, Chief Global Markets Strategist at Axi.

“Markets have taken a step back from the Democratic sweep scenario.”

Instead, investors were now hedging against the risk of a contested election or at least a drawn-out process as mail-in ballots were counted.

Japan’s Nikkei was still ahead by 1.4%, but MSCI’s broadest index of Asia-Pacific shares outside Japan shed 0.6%.

“I think the odds of a clean (Democrat) sweep are diminishing, almost by the minute. That reduces the possibility, or the likelihood at least of a large stimulus program being agreed to in the first days of a Biden administration.”

Investors are still awaiting the outcome of Federal Reserve and Bank of England meetings this week, which are expected to at least give a nod to further stimulus.

The Reserve Bank of Australia on Tuesday cut interest rates to near zero and boosted its bond-buying program, adding to the tidal wave of cheap money flooding the global financial system.

Gold had recently been buoyed by all this liquidity but ran into profit taking on Wednesday, losing 1.1% to $1886 an ounce.

Wed Nov 4 , 2020
CBS News projects Republican Senate Majority Leader Mitch McConnell has won reelection in Kentucky. McConnell was elected to his seventh term, defeating Democratic candidate Amy McGrath.  McConnell, who is often criticized by his Democratic colleagues, is defending his title as majority leader, as several Senate seats are up for grabs. […] 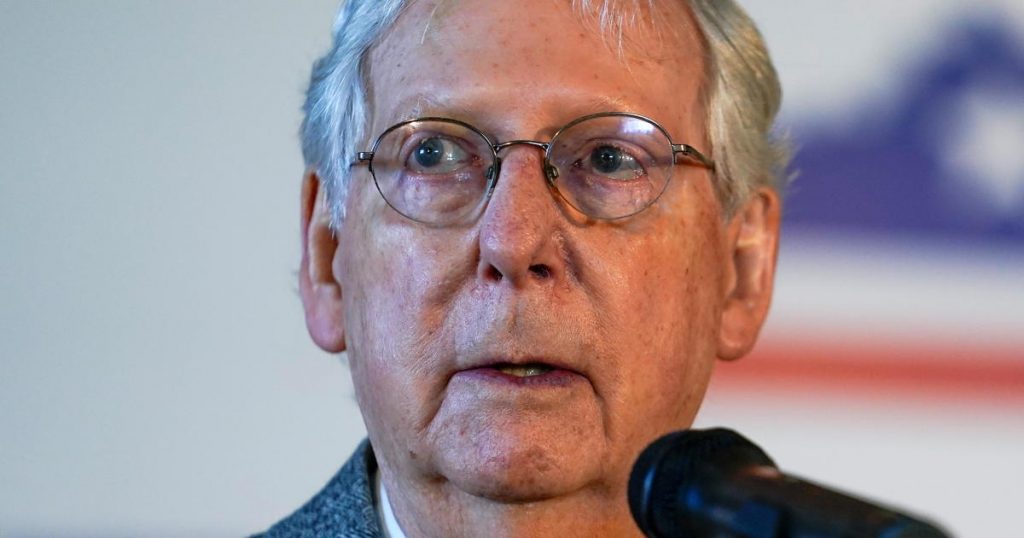