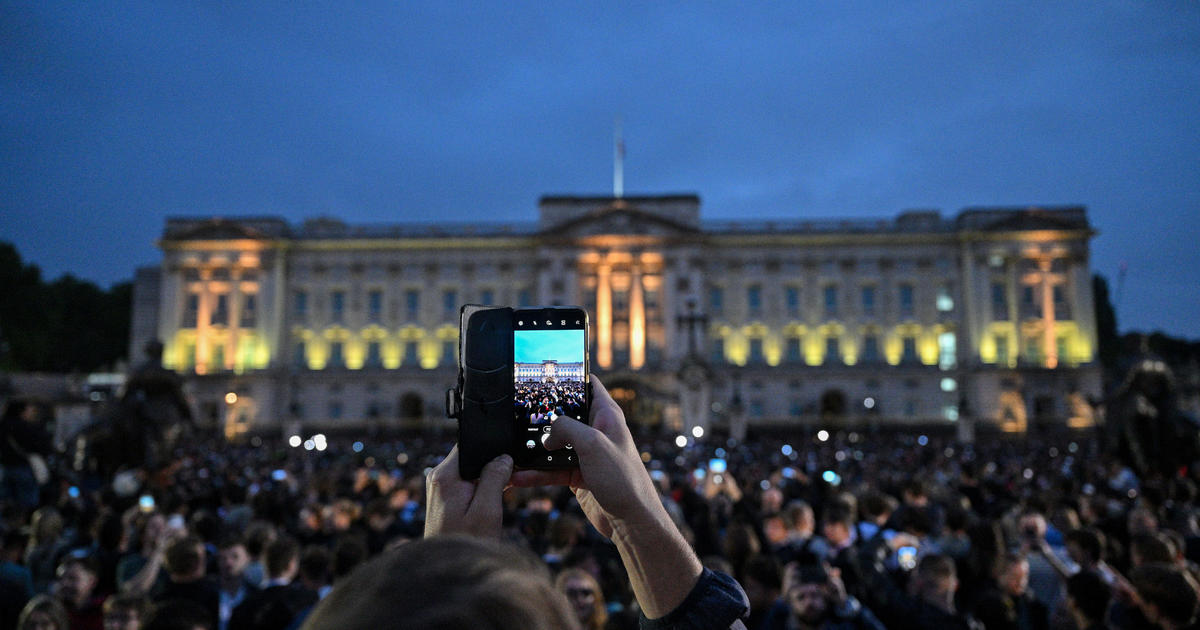 London – The U.K. government has had a detailed plan for what happens after the death of Queen Elizabeth II prepared for many years. Codenamed Operation London Bridge, with a long list of sub-operations laying out plans for the individual components of the plan, it was a closely guarded secret.

After the queen passed away on Thursday, the plans were reported widely by British media. Below is what we can expect to see in the roughly 10 days between Queen Elizabeth II’s passing, and her state funeral:

The day the queen passes away

The day of Queen Elizabeth II’s death is referred to as D-Day or D+0, in the government plan for the aftermath of her passing. Because the announcement of her death came so late on Thursday, however, around around 6:30 p.m. local time, the schedule was shifted, so D-day will be pushed to Friday, according to Britain’s PA news agency.

On Friday, King Charles III and his wife Camilla, now the Queen Consort, will return to London.

The bells of Windsor Castle, Westminster Abbey, and St. Paul’s Cathedral will toll, and there will be gun salutes, with one round fired for every year of the queen’s life, at London’s Hyde Park.

Later, King Charles will deliver a message to the nation in a televised broadcast, and the prime ministers and others will attend a service of remembrance at St. Paul’s Cathedral.

Britain’s House of Commons will convene at noon local time Friday for Members of Parliament to pay tribute to the queen in an extraordinary session set to last 10 hours. The PA said there would also be a rare Saturday sitting, where senior lawmakers are to take an oath to King Charles III, with tributes then continuing again into the evening.

The Accession Council will meet at St. James’s Palace in central London to formally acknowledge the queen’s passing and to proclaim Charles the new king.

Charles will then join the council, along with Camilla and Prince William, who are also members, where the new king will declare support for the British constitution and the Church of Scotland, of which the monarch is the official head.

Formal proclamations will then be read out publicly in all four of the British home nations, at St. James Palace in London; in Edinburgh, Scotland; in Cardiff, Wales; and in Belfast, Northern Ireland. The Garter King of Arms will read the first proclamation of the new sovereign from a balcony at St. James’s Palace.

The queen’s coffin is expected to be transferred to the Palace of Holyroodhouse in Edinburgh.

Proclamations will be read in the devolved administrations, in Cardiff, Edinburgh and Belfast.

On Monday, a service will be held at Scotland’s St. Giles’ Cathedral, and a procession to the cathedral is expected. There queen may also lie in state at St. Giles, and the public may be able to visit her coffin.

The new king will receive a motion of condolence from the government before eventually setting off on a tour of the countries of the United Kingdom.

Queen Elizabeth’s coffin is expected to be flown from Scotland back to London. It will be taken to Buckingham Palace.

A rehearsal will take place for the procession of the coffin between Buckingham Palace in central London, to the Palace of Westminster, not far away.

King Charles may pay a visit to Northern Ireland, on Tuesday, to attend a service at St. Anne’s Cathedral in Belfast and receive a motion of condolence.

There will be a ceremonial procession through London, after which the queen will lie in state at Westminster Hall for four days. After the coffin’s arrival, the Archbishop of Canterbury will conduct a short service.

Senior royals are expected to make their own tributes at the queen’s lying in state, at some stages standing guard around the her coffin.

The late queen will continue lying in state and a rehearsal is expected to take place for the state funeral procession.

Members of the public will be admitted to Westminster Hall 23 hours per day, every day, for four days. It’s expected that some 10,000 people could file past her coffin daily to pay their respects.

As the queen continues to lie in state, world leaders are expected to start arriving in London to attend her state funeral on Monday.

The state funeral for Queen Elizabeth II will take place at Westminster Abbey in London.

The queen’s coffin is expected to be transported through the city on a gun carriage, pulled by naval sailors. Senior royals are expected to follow behind the coffin, just as they did during the funeral procession of the queen’s husband, Prince Phillip, and Princess Diana, the Princess of Wales.

The service will be televised, and heads of state from around the world are expected to attend. There will be a national two minutes of silence.

Following the service, the queen’s coffin will be taken to St. George’s Chapel at Windsor Castle for a committal service, which will also be televised. After that, there will be a private service for close family members.

The queen will be laid to rest in the King George VI memorial chapel alongside her mother, father, and sister. The coffin of her late husband, Prince Phillip, will be moved from its current location in the Royal Vault to be with hers.