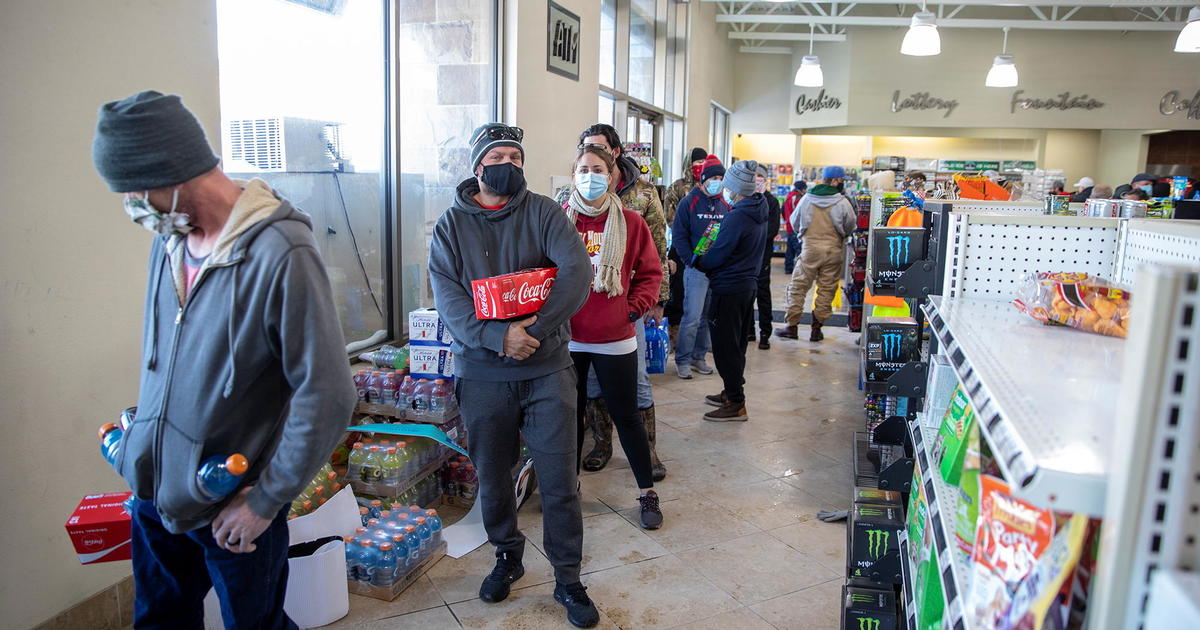 Texas officials are calling on residents to report any incidents of price gouging amid food and water shortages that have followed widespread power outages after a winter storm battered the state this week.

“Whether it’s spiking the price of basic necessities, whether it’s posting an Airbnb with power for $1,000 a night — we can’t imagine something more cruel than taking advantage of people who are suffering right now in this disaster and have been suffering for days,” added Hidalgo, who urged residents to report instances of abuse.

Within 20 hours of setting up a reporting system on Wednesday, Hidalgo and Harris County Attorney Christian Menefee said more than 450 complaints of price gouging had poured in.

Dallas resident Dashawn Walker, 33, sought in vain to book a hotel room on Tuesday night after his apartment lost power during the storm. He was forced to drive 30 miles north to an extended stay hotel in the suburb of Lewisville, where a one-night stay cost him $474.

“It’s crazy,” he said. “I mean, why would y’all go up on the hotels in the middle of a crisis? Like, dude, come on now. Everyone is just trying to make it and they’re capitalizing off a crisis, and that’s so unfair to people who really can’t afford it.”

Hiking the cost of essentials such as food, fuel, shelter, medicine or building materials to “an exorbitant or excessive price” is illegal in Texas after the declaration of a federal or state emergency. Violators can face fines of as much as $250,000.

Adding insult to injury, about 27,000 Houston-area residents each got a bill for $202,102.16 this week from CenterPoint Energy, according to NPR. But the emailed bill was a glitch, the natural gas provider stated.

“You do not owe this amount,” CenterPoint tweeted, pinning the mistake on a “technical issue” caused by the power outage in Houston. The acknowledgement was greeted with humor and derision on social media, with one person replying, “I’m not willing to pay a penny over $100,000.00 for my gas this month. Please adjust the bill accordingly.”

Sat Feb 20 , 2021
A newly released video shows a deadly confrontation between sheriff’s deputies and a homeless man in San Clemente, California, in September.  In the video, two Orange County sheriff’s deputies are heard casually deciding whether to confront 42-year-old Kurt Reinhold. The deputies were on patrol assigned to the homeless outreach team.  […]