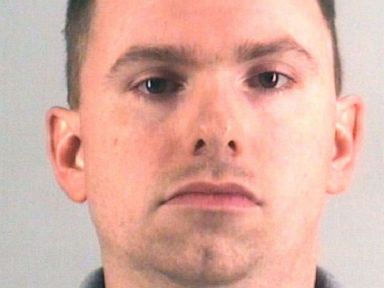 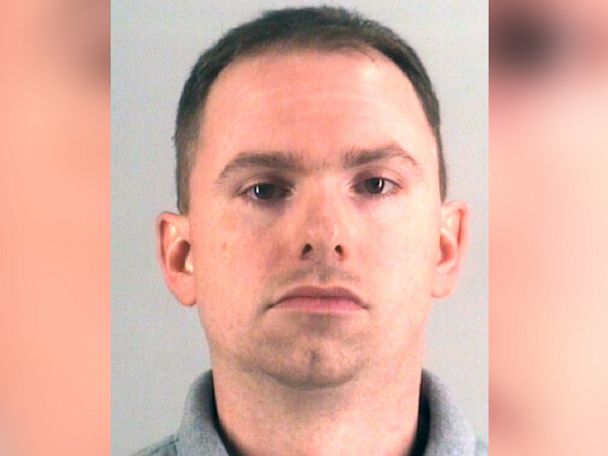 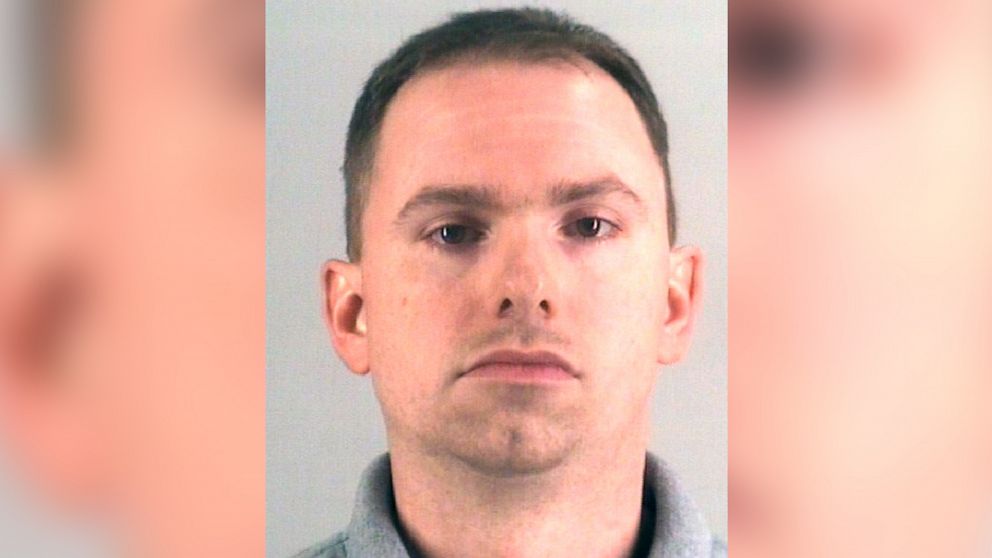 The police officer who fatally shot a Fort Worth, Texas, woman in her home while answering a call for a welfare check has been arrested on murder charges. The charge comes after the officer abruptly resigned on Monday just before he was about to be fired for allegedly violating multiple department policies, the police chief said.

The officer, identified earlier Monday as Aaron Dean, was released on bond from Tarrant County Jail late Monday, according to court records.

“I certainly have not been able to make sense of why she had to lose her life,” Fort Worth Police Chief Ed Kraus said at a news conference prior to the arrest, in reference to the early Saturday morning killing of Atatiana “Tay” Jefferson. “On behalf of the men and women of the Fort Worth Police Department, I’m so sorry for what occurred.”

Civil rights attorney Lee Merritt, who represents the family, released a statement saying the family was “relieved” Dean was arrested.

“The family of Atatiana Jefferson is relieved that Aaron Dean has been arrested & charged with murder,” the statement said. “We need to see this through to a vigorous prosecution & appropriate sentencing. The City of Fort Worth has much work to do to reform a brutal culture of policing.”

Kraus identified the officer who shot Jefferson, 28, as Dean, who was hired by the police force in August 2017 and was commissioned as a licensed peace officer on April 13, 2018.

The police chief said he was scheduled to meet with Dean on Monday morning, but the officer tendered his resignation before they had a chance to meet.

“Had the officer not resigned, I would have fired him for violations of several policies, including our use of force policy, our de-escalation policy, and unprofessional conduct,” Kraus said.

But Jefferson’s grieving family said Dean should have never been given the option to resign.

“He should have been fired before this,” Jefferson’s brother, Adarius Carr, told ABC News.

Jefferson’s sister, Ashley Carr, added that while her family welcomed apologies from the police chief and other city officials, including the mayor, she told ABC News, “It’s not the end result we’re looking for.”

“I want justice for my sister,” Ashley Carr said. “I want her death not to be in vain.”

She said her sister was a pre-med graduate of Xavier University of Louisiana, who dropped her career ambitions to return home to Texas to care for their ailing mother. She said Jefferson was also helping their sister, Amber, who recently underwent heart surgery, raise her two young children, including their 8-year-old nephew, Zion, who witnessed her being shot to death.

Merritt said earlier Monday that the next development loved ones of Jefferson are hoping for, is that Dean suffer the consequences of his actions.

“The opportunity to resign is a slap in this family’s face and it’s a slap in the community’s face,” Merritt said. “He should have never been given that option. And I want us to stop treating this … like it’s a bad apple case. The saying is ‘a bad apple spoils the bunch.’ But the barrel is rotten from the core.”

Kaus said an internal investigation and a criminal investigation of Dean would proceed, and that he has sent a preliminary report of the shooting to the FBI to review Dean’s actions for possible civil rights violations.

Kraus said Dean has not been cooperating with the investigation, adding, “He resigned before his opportunity to cooperate.”

The chief had said prior to the arrest he was getting frequent updates on the criminal investigation against Dean and anticipated that he would be able to provide the public with a “substantial update” no later than Tuesday.

He also said Dean’s separation paperwork would be sent to the Texas Commission on Law Enforcement, the agency in charge of licensing and certifying peace officers, and “will reflect that he was dishonorably discharged from the Fort Worth Police Department.”

Kraus made the announcement after Mayor Betsy Price expressed outrage over the shooting and berated the police department for releasing a photo of a handgun found in Jefferson’s home, saying, “there is nothing that could justify what happened on Saturday morning. Nothing.”

“The gun is irrelevant. She was in her own home caring for her 8-year old nephew. Atatiana was a victim,” the mayor said.

Kraus echoed the mayor, saying the photo of the gun that was released to the public “was a bad thing to do” and was apparently intended to “show what the perceived threat may have been.”

He said the gun was found just inside the window where Jefferson, who, according to her family, had a permit to carry a concealed weapon, was shot.

“I can’t imagine most of us, if we thought we had somebody outside our house that shouldn’t be there and we had access to a firearm, that we wouldn’t act very similarly to how she acted,” Kraus said.

But Merritt said he interpreted the move as an attempt to “cast aspersions on Tay, to give this officer (Dean) an out.”

“This was their attempt to justify the unjustifiable,” Merritt told ABC News.

After spending the weekend hearing from outraged community residents, and friends and relatives of Jefferson, Price apologized on behalf of the city of Fort Worth.

“We are all heartbroken today. Atatiana was a beautiful, smart, amazing young woman by all accounts, who was unjustly taken from her family,” Price said. “The entire city is in pain. As a mother, grandmother, a sister, an aunt, I can’t imagine anything worse and I’m so sorry.”

Calling the circumstances a “pivotal moment for the city,” the mayor said she had ordered the creation of a “third-party panel of national experts to review this department.”

Fort Worth City Manager David Cooke announced he will assemble an independent review board for the police department and will begin interviewing candidates for an independent police monitor.

Prior to receiving news of Dean’s resignation, Jefferson’s relatives demanded the officer be immediately fired and arrested, and that the federal government take charge of the investigation.

“This man murdered someone. He should be arrested,” said Adarius Carr, a member of the U.S. Navy.

“I’ve served my country for the last 12 years. In that time, I’ve been trained and taught that there are preplanned responses for everything you do. Everything you’re trained about, there’s a way to do things. And when you don’t do it the way you’ve been trained or the way you’ve been taught, you have to answer for that,” Carr said. “The Fort Worth PD cannot investigate themselves. The U.S. Navy is not allowed to do it, they should not be as well.”

Merritt said the shooting shows that the Fort Worth Police Department is “in need of serious systematic reform.”

He said the family is calling on the Department of Justice or the FBI to investigate the killing.

UNACCEPTABLE! The acts of yet another “trained” police officer have resulted in the death of #AtatianaJefferson. Gun downed in her own home. If we are not safe to call the police, if we are not safe in our homes, where can we find peace? We demand answers. We demand justice. pic.twitter.com/UZqHQzPyaW

The shooting unfolded about 2:30 a.m. on Saturday after a neighbor of Jefferson’s called the police department’s non-emergency line to asked that a welfare check be conducted on Jefferson’s home because the lights were on and the back and front doors were open.

Lt. Brandon O’Neil said at a news conference Sunday afternoon that two officers were sent to the home on East Allen Avenue. He said the officers arrived at the house at 2:29 a.m. and parked near Jefferson’s home, but not in front of the residence.

O’Neil said the officers walked around the back of the house, and that one of the officers observed a person through the rear window of the home and opened fire.

Chief Kraus added on Monday that the officers never knocked on the door.

Body-camera footage released by the department shows Dean approaching a rear window of the home with his gun drawn. The officer sees the woman through the window, shouts, “Put your hands up, show me your hands,” and fires one shot.

“Perceiving a threat, the officer drew his duty weapon and fired one shot striking the person inside the residence,” a statement from the police department reads.

Jefferson died at the scene.

O’Neil said Dean never identified himself as a police officer to Jefferson.

“What the officer observed and why he did not announce ‘police’ will be addressed as the investigation continues,” O’Neil said.

Merritt said that Jefferson and her nephew, Zion, were playing a “Call of Duty” video game when they heard someone in the bushes outside their home and went to a bedroom window to investigate. He said Jefferson stopped her nephew from looking out the window and that she was shot when she peered into the darkness.

Ashley Carr said her sister never mentioned being afraid of getting killed by police.

“We obeyed laws. We didn’t walk in fear because we did what we thought was right,” she told ABC News. “Now you could still do what’s right, but it’s coming with fear, and that’s scary.”

Adarius Carr said that he hopes people remember his sister for how she lived.

“I want everyone to remember my sister like I remember her: Just a fun-loving, easy-going, hilarious young lady who just wanted to serve and be better, make sure our family was good,” he said. “A very beautiful soul, absolutely. My life is upside down without her.”