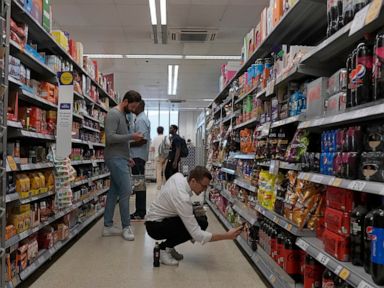 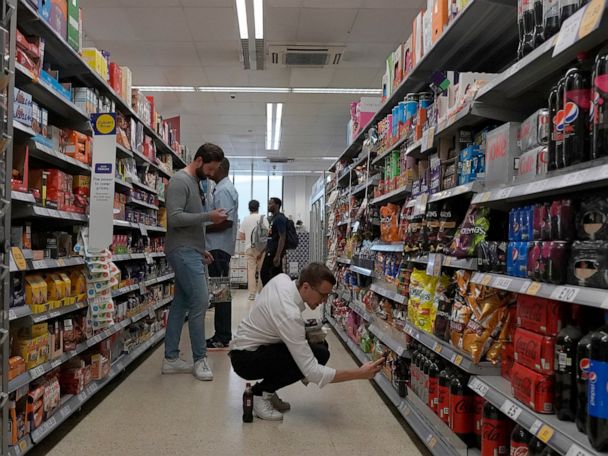 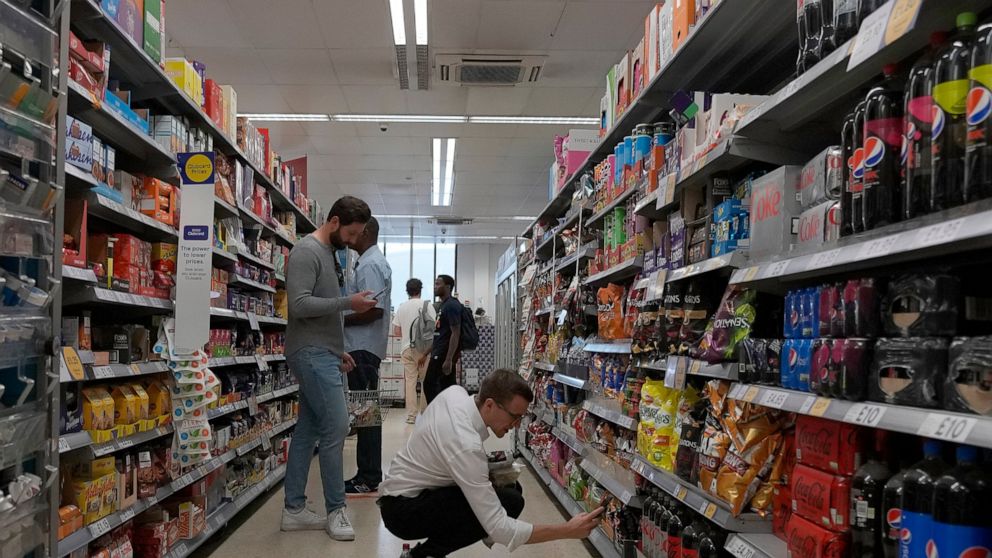 LONDON — Britain’s new prime minister has pledged to rebuild the economy and “ride out the storm” gathering over the country, but Liz Truss faces a daunting job.

She inherits an ailing economy on the brink of a potentially long recession, with record inflation that’s forecast to worsen in coming months and millions crying out for government help to cope with soaring energy bills.

Here’s a look at the scale of the economic challenges that Truss faces and how she is expected to tackle them:

At the top of Truss’ agenda is a cost-of-living crisis driven by spiraling natural gas and electricity costs. Starting in October, millions of households will see their average yearly energy bill jump to about 3,500 pounds ($4,000) — almost triple what they paid a year ago. The bills are expected to continue to climb and could exceed 4,000 pounds in January.

Britain only imports a small percentage of its gas from Russia, but the U.K. relies more on gas than its European neighbors because it has less nuclear and renewable energy. Compared with other European countries, the U.K. is much more dependent on gas to heat homes and generate electricity. The country also does not have as much capacity to store gas, forcing it to buy on the short-term spot market.

It’s not just gas and electricity — other costs, such as food, have risen across the board. Inflation has crept up since last year and now stands above 10% for the first time since the oil price shocks of the 1970s and 1980s.

Worse is to come: The Bank of England predicted that the war in Ukraine could drive U.K. inflation to 13.3% next month. Some, like U.S. bank Citi, believe inflation could go as high as 18% next year before coming back down.

It’s a shock to the system for millions. Before the crisis, the U.K. had seen average inflation rates of around 2% for years.

Meanwhile, average wages, especially those in the public sector, have failed to keep pace with soaring costs. Tens of thousands of rail, port and postal workers, lawyers and garbage collectors have gone on strike this summer to demand better pay. Multiple other industries are mulling similar industrial action.

“Real wages are falling, certainly faster than they have done for at least 45 years, possibly for about as much as 100 years,” said Greg Thwaites, an economist and research director at the Resolution Foundation, a U.K. economic and social affairs think tank.

WARNINGS OF A LONG RECESSION

The Bank of England has predicted that skyrocketing energy prices will push the U.K. into recession later this year, with economic output forecast to decline in every quarter of 2023.

The International Monetary Fund says the U.K. economy is expected to have the weakest growth among the Group of Seven wealthy democracies in 2023.

“The point is that this acute living-standard crisis that we’re living through now comes on the back of 15 years of very weak growth in the U.K. economy,” Thwaites said.

WHAT IS TRUSS DOING TO HELP?

Truss is due to announce a major financial package Thursday to tackle soaring energy costs.

Her government has not released details, but British media reports suggest she will approve an immediate freeze on household energy bills and extra support for businesses.

The BBC reports that energy bills could be capped with the introduction of a government “superfund,” from which energy firms can borrow, and the cost of such aid could reach 100 million pounds ($116 billion).

Bank of England Governor Andrew Bailey said Wednesday that such measures will likely calm inflation in the short term. But it’s not clear how Truss’ government intends to foot that huge bill, while meeting her core campaign promises to slash taxes and grow the economy.

“There’s a reasonable question about whether it should be paid for by future electricity bills or by future taxpayers or by current taxpayers,” Thwaites said. “But ultimately, somebody needs to pay.”

Hannah White, acting director of the Institute for Government, says the measures go against the prime minister’s inclinations.

“What (Truss) is being pushed into, which is way against her instincts, is a big program of government spending to support people in this situation,” White said. “She’s really got no alternative, but it goes directly counter to how she would ideally govern as prime minister.”

Fla. to choose between Sen. Rubio, Rep. Demings in Nov.

Wed Sep 7 , 2022
Sen. Marco Rubio, R-Fla., speaks during the Senate Appropriations Subcommittee on Labor, Health and Human Services, and Education, and Related Agencies hearing to examine proposed budget estimates for the fiscal year 2023 for the National Institutes of Health on Capitol Hill in Washington, Tuesday, May 17, 2022. (Anna Rose Layden/Pool […]