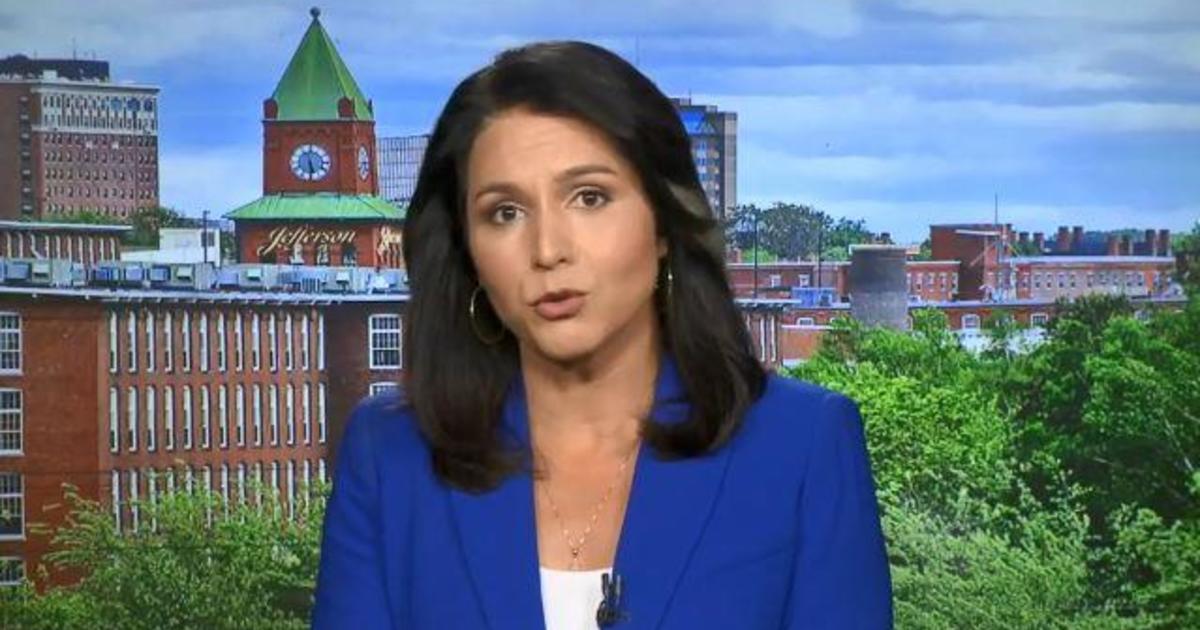 In an interview on CBSN’s “Red & Blue” that streamed Monday, Gabbard said Harris has been “leveling this accusation that Joe Biden is a racist — when he’s clearly not — as a way to try to smear him.” She tweeted a similar sentiment earlier in the day.

Biden, the early front-runner in the crowded Democratic primary, has been facing withering criticism from fellow Democrats over his comments about working with segregationist lawmakers, most pointedly by Harris, a woman of color, during the first Democratic debate in Miami late last month.

Harris never accused Biden of racial animus, and specifically said “I do not believe you are a racist” before confronting him on stage at the debate. Her stinging rebuke of the former vice president on the issue — and his indignant defense — nevertheless became the standout moment of the night.

A spokesman for Harris could not immediately be reached for comment on Monday.

Harris noted Biden opposed federal measures to ensure that local jurisdictions used busing to desegregate public schools during the 1970s, saying the position was personally painful for her. Biden pushed back on her criticism by stating he opposed busing ordered by the Department of Education.

On Saturday, the former vice president under President Obama told a predominantly African-American audience in South Carolina that he was sorry about the pain his remarks may have caused. Harris applauded his apology but said there was still a “point of disagreement” between the two on federally-mandated busing.

But Gabbard believes Harris’ criticism of Biden is part of an unfair campaign effort by the California senator to boost her standing in the large primary field. She suggested that Harris’ stance on busing today is hypocritical.

“Really what she’s saying saying is her position is the same one she was criticizing Joe Biden for,” she said. “So this is just a political ploy and I think a very underhanded one just to try get herself attention, to move herself up in the polls.”