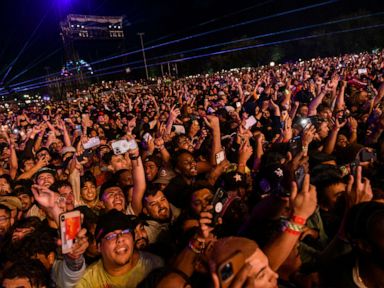 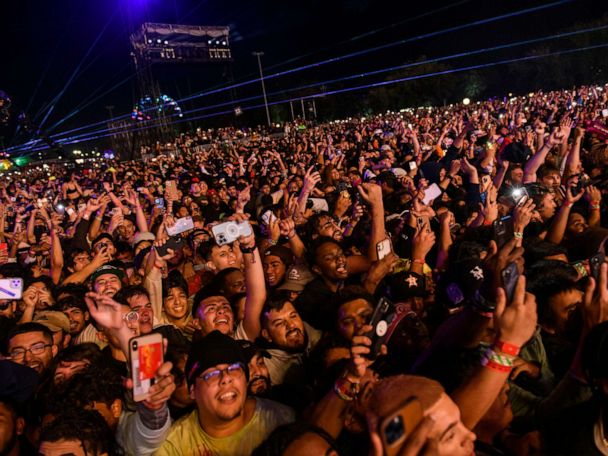 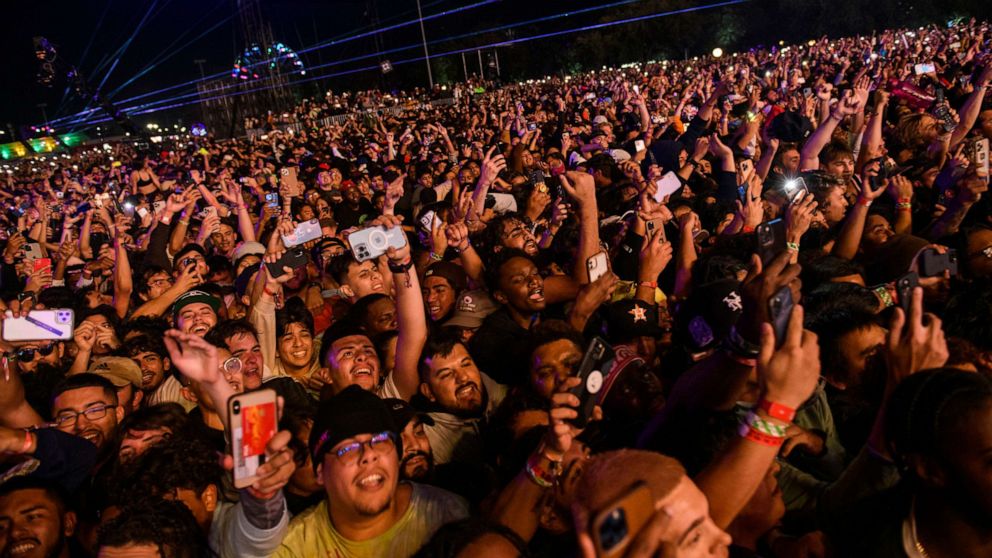 At least eight people are dead, including two teenagers, after a crowd surged toward the stage at a massive Houston concert, causing panic and chaos, authorities said.

About 50,000 people were at the first night of this weekend’s sold-out Astroworld music festival at NRG Stadium when, around 9:30 p.m. local time, “the crowd began to compress toward the front of the stage,” Houston Fire Chief Sam Pena told reporters Friday night.

“That caused some panic, and it started causing some injuries,” Pena said.

As of Saturday afternoon, 13 people were still hospitalized, including five under the age of 18, Houston Mayor Sylvester Turner told reporters during a briefing.

“Nothing of this magnitude that any of us can recall, and certainly that I can recall, has taken place in this city,” Turner said.

The cause of death of the eight individuals won’t be known until the medical examiner completes the investigation, Pena said.

Some of the deceased individuals didn’t have identification on them, Houston Police Chief Troy Finner told reporters Friday.

A command post for information on missing persons was set up at a nearby hotel. As of Saturday afternoon, no one has been reported missing, officials said.

The festival ended early Friday night and has been canceled for Saturday.

“As soon as the crowd began to surge … those people began to be trapped, essentially up at the front, and they began to be trampled and they actually had people falling down and passing out,” Pena said.

One concertgoer said she was pushed “very aggressively.”

“It was intense, it was intense,” the concertgoer told “Good Morning America.” “We were seeing people getting pulled out of the crowd, and we would see some of these people unconscious.”

Madeline Eskins, who attended the concert with her boyfriend, told ABC News they tried to leave when they started getting pushed from all sides toward the front of the stage but couldn’t move.

“I remember I was about to tell him to tell my son that I love him because at that point I was like, ‘I’m going to die,'” Eskins said. “I really didn’t think I was going to see him again. And then I fainted.”

Amid the chaotic scene and mass of people it was difficult to disperse the crowd and reach those who needed medical attention, Pena said. The festival organizer, Live Nation, had set up a field hospital of sorts to treat minor injuries during the festival, but that was “quickly overwhelmed.”

Eskins, an ICU nurse, said once she recovered she started helping the on-site medical staff treat unconscious concertgoers and delegate tasks, though medical supplies, including defibrillators, were limited.

“I was trying to control the chaos as much as I can,” she said. “Nothing could have prepared them for this.”

Throughout the day, some 300 people were treated by medical personnel on-site, authorities said. There were “many instances” where they had to administer Narcan, which is used to treat a narcotic overdose, said Pena, who did not have an exact number.

What caused the crowd to surge is currently unknown, according to Finner, who said Live Nation is cooperating with police in reviewing video footage of the concert.

“Nobody has all the answers tonight,” he said Friday. “There’s a lot of rumors going around. We don’t have facts, we don’t have evidence.”

“We’ve got to do an investigation and find out because it’s not fair to the producers, to anybody else involved, until we determine what happened, what caused the surge,” he said. “We don’t know. We will find out.”

Concertgoers knew something was amiss during a set by headliner Travis Scott. During the middle of his performance, the rapper stopped and told the crowd, “Somebody passed out right here,” as captured by an Apple Music livestream of the event.

“I’m absolutely devastated by what took place last night,” Scott, a Houston native, said in a statement on Twitter Saturday. “My prayers go out to the families and all those impacted by what happened at Astroworld Festival.”

Scott said the Houston Police Department has his “total support” during the investigation, and that he is “committed to working together with the Houston community to heal and support the families in need.”

Festival organizers also said they are “focused on supporting local officials,” and urged anyone with information to contact the police.

Live Nation also released a statement Saturday saying it was “heartbroken for those lost and impacted at Astroworld last night,” and is “working to provide as much information and assistance as possible” to local authorities.

Investigatiors will be speaking with concert promoters and witnesses and reviewing videos from the event and venue on Saturday, according to Turner.

“I have called for a detailed briefing from all stakeholders, including Live Nation, Harris County, NRG Park, Police, Fire, Office of Emergency Management, and other agencies, explaining how the event got out of control leading to the deaths and injuries of several attendees,” he said in an earlier statement.

Gov. Greg Abbott said he has ordered the Texas Department of Public Safety to make state resources available to support the investigation.

This isn’t the first time there have been crowd control issues at Astroworld. There was a “similar incident” at the 2019 festival, where there was a “breaching of barricades,” according to Harris County Judge Lina Hidalgo.

“But I want to know, the community deserves to know, if more needed to have been done,” she said, calling for an independent investigation into the tragedy. “The public has a role here, too. If you have any information as to what took place, let us know.”

Soccer-Man Utd back in doldrums after City defeat, Chelsea held