By Steve Holland and Trevor Hunnicutt

OPA-LOCKA, Fla./WILMINGTON, Del. (Reuters) – With early voter turnout setting a record and U.S. business districts boarding up for fear of Election Day unrest, President Donald Trump and his rival Joe Biden stumped on the campaign’s last day on Monday in states expected to decide who wins.

The race in swing states is seen as close enough that Trump could still piece together the 270 votes needed to prevail in the state-by-state Electoral College that determines the winner.

Trump, 74, will hold five rallies on Monday in North Carolina, Pennsylvania, Wisconsin and Michigan. He won those states in 2016 against Democrat Hillary Clinton, but polls show Biden threatens to recapture all four for Democrats.

Biden, 77, will focus on Pennsylvania and Ohio.

In a year upended by the coronavirus pandemic, early voting has surged to levels never before seen in U.S. elections. A record-setting 95 million early votes have been cast either in-person or by mail, according to the U.S. Elections Project.

Just a day before Election Day, the record-breaking number is equal to 69% of the entire voter turnout for the 2016 election and represents about 40% of all Americans who are legally eligible to vote.

That unprecedented level of early voting includes 60 million mail-in ballots that could take days or weeks to be counted in some states, meaning a winner might not be declared in the hours after polls close on Tuesday night.

Twitter said on Monday it would attach a warning label to any tweets, including those from candidates, that claim an election win before either state election officials or national news outlets do so.

In a sign of how volatile the election could be, buildings in several cities were boarded up, including along several blocks around the White House and in New York City including the iconic Macy’s flagship.

The famed shopping destination of Rodeo Drive in Beverly Hills will be closed down on Tuesday, police said.

Federal authorities planned to extend the perimeter fencing around the White House by several blocks, encompassing the same area fenced out during this summer’s protests against racism and police brutality, according to U.S. media.

The FBI was investigating an incident in Texas when a pro-Trump convoy of vehicles surrounded a tour bus carrying Biden campaign staff. The caravan, which Trump praised, prompted the Biden campaign to cancel at least two of its Texas events, as Democrats accused the president of encouraging supporters to engage in acts of intimidation.

“Voter intimidation is illegal in every state, whether it happens in person or from a car,” North Carolina Attorney General Josh Stein said in a statement. “People who witness concerning behavior should immediately report it to law enforcement authorities.”

Trump will wrap up his campaign in Grand Rapids, Michigan, the same place he concluded his 2016 presidential run with a post-midnight rally on Election Day.

Biden, running mate Kamala Harris and their spouses will spend most of Monday in Pennsylvania, splitting up to hit all four corners of a state that has become vital to the former vice president’s hopes.

Biden will rally union members and African-American voters in the Pittsburgh area before being joined for an evening drive-in rally in Pittsburgh by singer Lady Gaga.

He also will make a detour to bordering Ohio, spending time on his final campaign day in a state that was once considered a lock for Trump, who won it in 2016, but where polls now show a close contest.

Former President Barack Obama, whom Biden served as vice president for eight years, will hold a get-out-the-vote rally in Atlanta on Monday before closing out the campaign in the evening with a rally in Miami.

Biden has wrapped up the campaign on the offensive, traveling almost exclusively to states that Trump won in 2016 and criticizing the president’s response to the coronavirus pandemic, which has dominated the race.

Biden accuses Trump of giving up on fighting the pandemic, which has killed more than 230,000 Americans and cost millions of jobs. Polls show Americans trust Biden more than Trump to fight the virus.

GRAPHIC: Where Biden and Trump stand on the issues – https://graphics.reuters.com/USA-ELECTION/POLICY/ygdpzwarjvw/index.html

Dr. Anthony Fauci, the top U.S. infectious diseases expert, has said the first doses of an effective coronavirus vaccine will likely become available to some high-risk Americans in late December or early January.

Trump, who has often disagreed with Fauci publicly, suggested early on Monday he might fire him as director of the National Institute of Allergy and Infectious Diseases after the election.

Trump questioned the integrity of the U.S. election, saying a vote count that stretched past Election Day on Tuesday would be a “terrible thing” and suggesting his lawyers might get involved.

“I don’t think it’s fair that we have to wait for a long period of time after the election,” Trump told reporters. Some states, including battlegrounds Pennsylvania and Wisconsin, do not start processing mail-in votes until Election Day, slowing the process.

Trump has repeatedly said without evidence that mail-in votes are prone to fraud, although election experts say that is rare in U.S. elections. Mail voting is a long-standing feature of American elections, and about one in four ballots was cast that way in 2016.

Democrats have pushed mail-in voting as a safe way to cast a ballot in the coronavirus pandemic, while Trump and Republicans are counting on a big Election Day in-person turnout.

Both campaigns have mobilized armies of lawyers in preparation for post-election litigation battles.

To help ensure mail-in ballots are delivered in a timely fashion, a U.S. judge on Sunday ordered the U.S. Postal Service to remind senior managers they must follow its “extraordinary measures” policy and use its Express Mail Network to expedite ballots.

A federal judge in Texas on Monday will consider a Republican request to throw out about 127,000 votes already cast at drive-through voting sites in the Democratic-leaning Houston area. 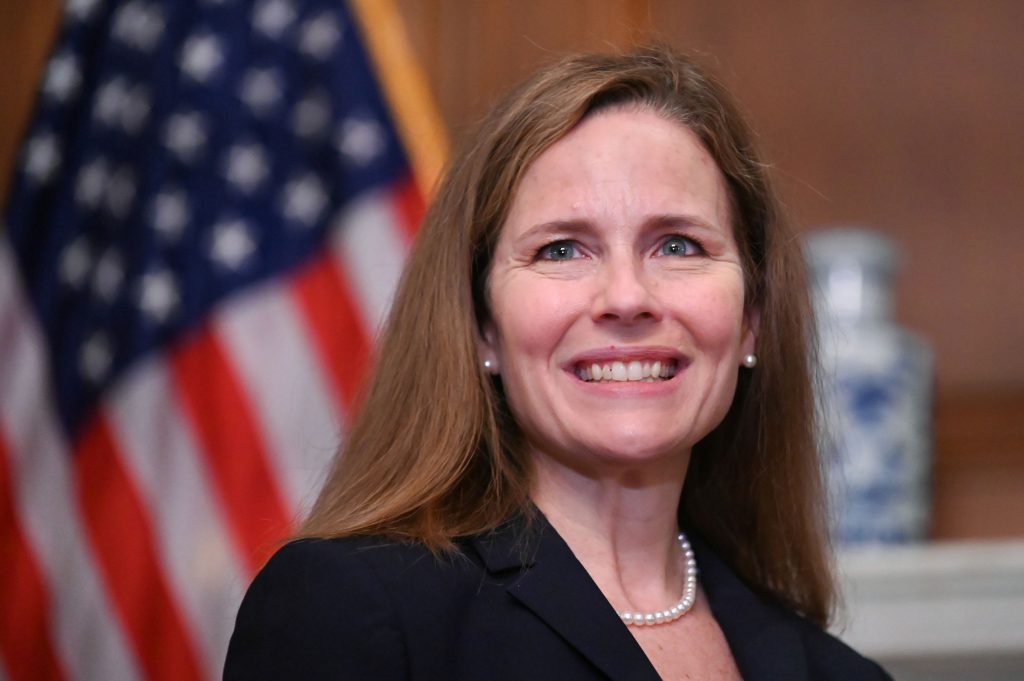