A White police officer who shot and killed an unarmed Black man at a convenience store in a small East Texas town Saturday was arrested Monday and charged with murder, authorities said. Within hours, Shaun Lucas posted his $1 million bond, reports CBS Dallas.

The family of the man who was shot, Jonathan Price, 31, is demanding to know why it happened.

The Texas Rangers said in a statement Monday that Lucas, a Wolfe City police officer, responded to a disturbance call and encountered Price. “Officer Lucas attempted to detain Price, who resisted in a non-threatening posture and began walking away,” the statement said.  Lucas then TASERed and shot Price, the statement said, adding, “The preliminary investigation indicates that the actions of Officer Lucas were not objectionably reasonable. The Texas Rangers have charged Officer Lucas with the offense of murder.”

Price’s family and friends said Monday that the one-time college football player was intervening in a domestic disturbance at the store when he was shot.

“When police arrived, I’m told, he raised his hands and attempted to explain what was going on,” civil rights attorney Lee Merritt said in a Facebook posting. “Police fired Tasers at him and when his body convulsed from the electrical current, they ‘perceived a threat’ and shot him to death.”

CBS Dallas cited witnesses as saying things escalated between Price and the alleged abuser in the domestic dispute but had calmed down by the time police arrived.

After Lucas posted bond, Merritt said, “This man is dangerous and should not be out on bond. The family was relieved to hear of his arrest and are looking forward to his conviction.”

Price’s family said there’s video proof that the shooting was a criminal act and they want justice. “The (police) chief saw the video and told me he wasn’t happy with what he saw,” Merritt said.

Merritt said earlier that Price “deserves justice because he was a human citizen who was not breaking the law and he was gunned down by police officers.” Merritt said Price’s family deserves “to know every detail of what happened, and they need to know it immediately.”

Relatives and friends said Price, a Wolfe City employee, was well-known in the close-knit community, describing him as a “hometown hero,” “standup guy” and “mentor who worked with children.” Most said they couldn’t see any reason a police officer would shoot and kill him, CBS Dallas reports.

Junior Price, Jonathan Price’s father, was among those who rushed to the scene after hearing of the shooting. He said he spoke to the officer who shot his son and asked why he had. The officer told him to get back and that he would get back to him.

Hundreds of people marched through town Monday and took part in a candlelight vigil.

Price played football in 2008 for Hardin-Simmons University in Abilene, Texas. Hardin-Simmons football coach Jesse Burleson tweeted that the university “lost one of our own in a terrible situation. Jonathan Price was an awesome young man during his time with Cowboy football.”

Former Texas Rangers third baseman Will Middlebrooks, who grew up with Price, started a GoFundMe page to cover his friend’s funeral expenses. “We just surpassed $50,000 in less than 24 hours,” Middlebrooks tweeted.

Wolfe City is a town of about 1,500 residents about 70 miles northeast of Dallas

3 killed after stairwell collapse in Houston; bodies not recovered

Tue Oct 6 , 2020
Three workers were killed Monday when a concrete stairwell collapsed inside a high-rise building under construction in Houston, according to fire department officials. The fire department said one injured worker was taken to a hospital and was listed in stable condition. Firefighters were waiting for engineers to confirm the building […] 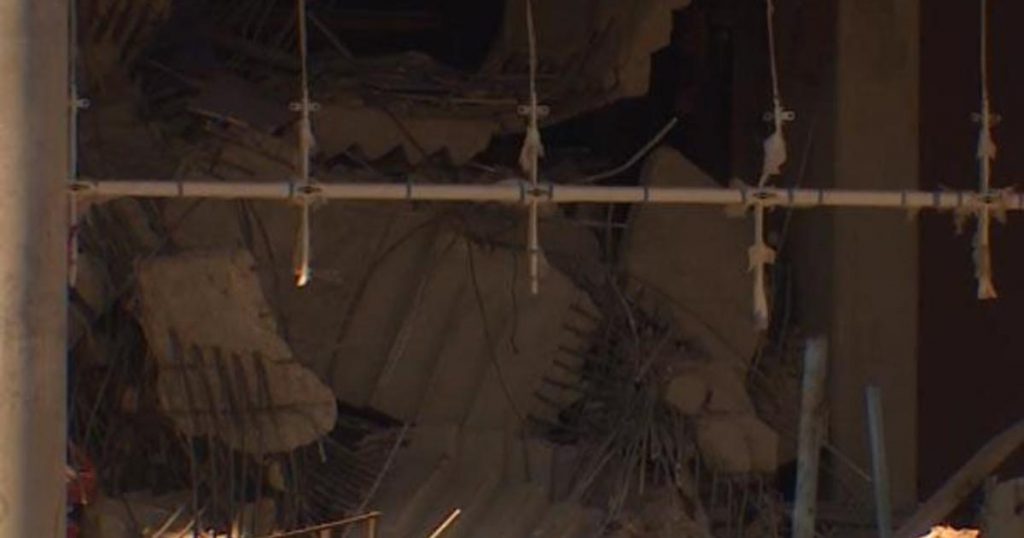