BEIJING — The U.S. Treasury said Tuesday it was postponing a ban on trading shares of companies with alleged links to the Chinese military.

The new restrictions take effect June 11, versus the prior date of May 27.

The move by U.S. President Joe Biden’s administration extends a grace period for investors to comply with an investment ban first announced in November under former President Donald Trump. Only a handful of the names, mostly state-owned companies, are traded in the U.S.

But another company on the list, telecommunications giant China Mobile, said earlier this month it expected to delist from the New York Stock Exchange. The company subsequently said on Monday it would issue yuan-denominated shares on the Shanghai stock exchange.

The world is 'standing on the precipice' of multiple crises, former UN chief warns

Wed May 19 , 2021
Former U.N. Secretary-General Ban Ki-moon has spoken of the multiple disasters the world is currently facing, which have only been accentuated by the ongoing coronavirus pandemic.  Ban, who led the U.N. from 2007-2016, called on global leaders to raise their ambition in order to avoid failures on a range of […] 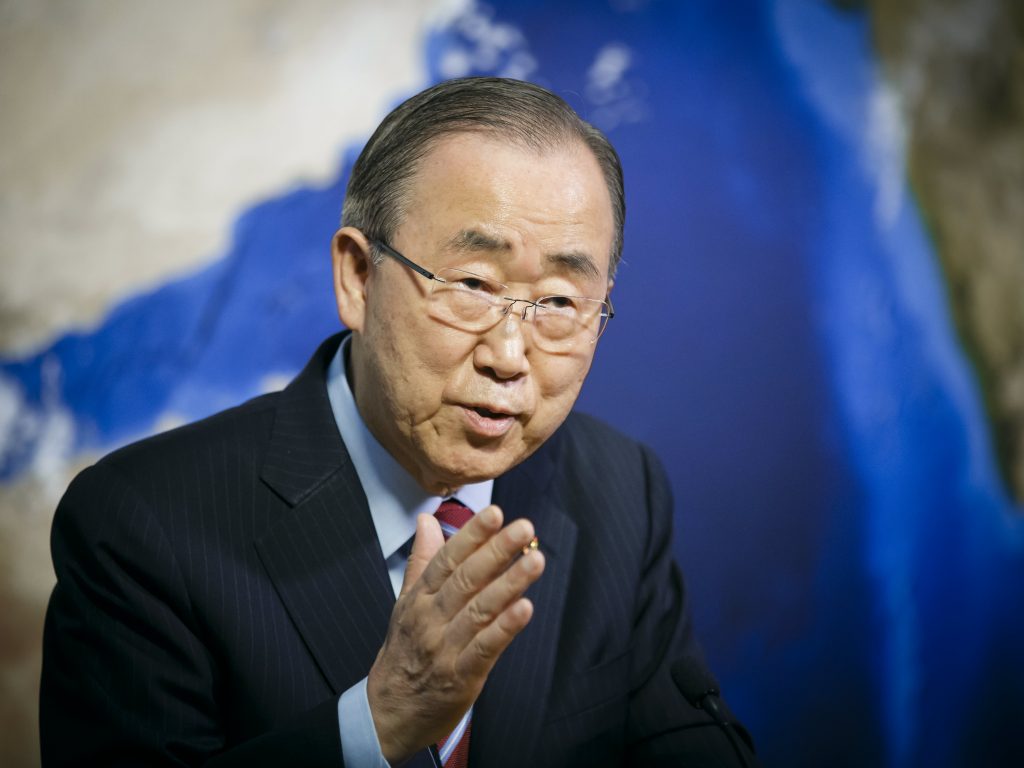