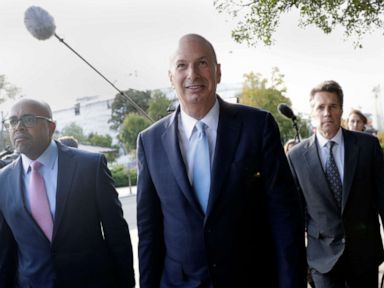 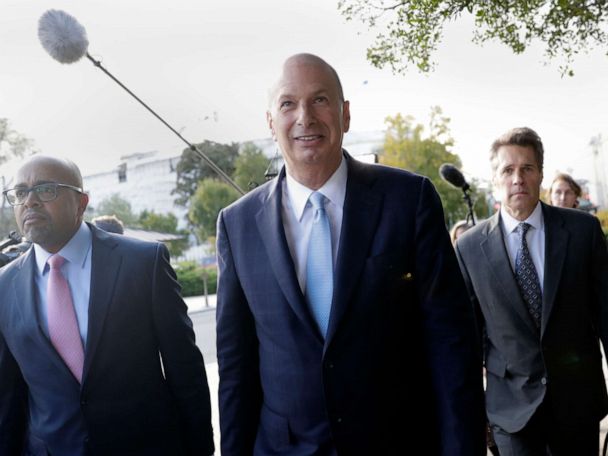 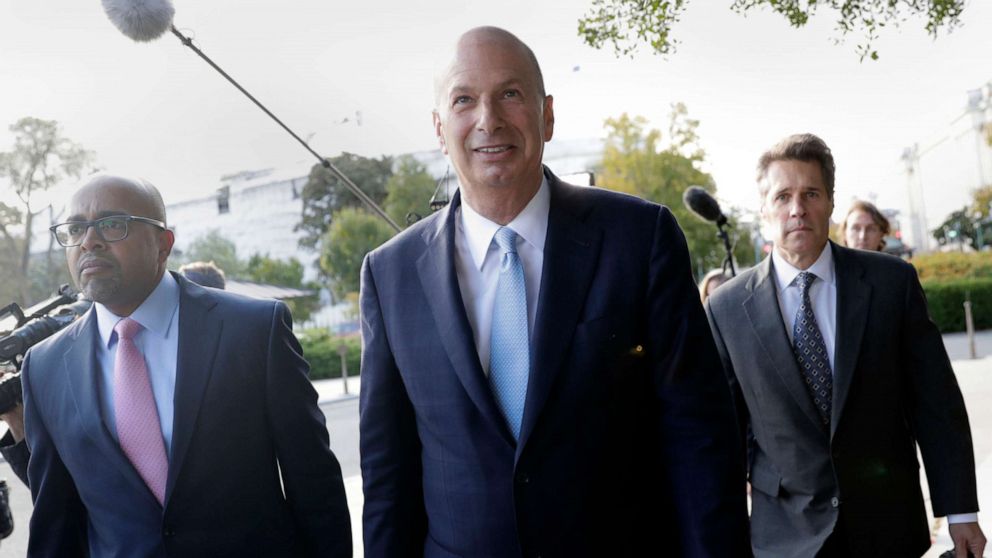 The U.S. ambassador to the European Union will tell Congress that President Donald Trump directed him and others to work with his personal lawyer Rudy Giuliani to push Ukraine to announce investigations, but that he was in the dark on the extent of Giuliani’s efforts and the political motive behind it, according to his opening statement obtained by ABC News.

Gordon Sondland, the Trump mega donor turned diplomat, has emerged as a central character in the impeachment inquiry led by three House committees for the role he played in leading Ukraine policy, at times outside official government channels.

While he denied in a September text message already obtained by Congress that there were “quid pro quo’s of any kind,” Sondland will tell committee staff and lawmakers Thursday that Ukraine announcing “anti-corruption” investigations “was one of the pre-conditions for securing a White House meeting with President [Volodymyr] Zelenskiy,” the country’s new president eager for U.S. support.

But Sondland will say that he, former special envoy for Ukraine Kurt Volker, and Energy Secretary Rick Perry, while “disappointed,” had no choice but to work with Giuliani to do that: “The key to changing the President’s mind on Ukraine was Giuliani… My understanding was that the President directed Mr. Giuliani’s participation, that Mr. Giuliani was expressing the concerns of the President.”

In a July 25 call, Trump asked Zelenskiy to “do us a favor” and work with Giuliani and Attorney General William Barr to investigate an unfounded allegation that Ukraine interfered in the 2016 presidential election and claims of corruption by former Vice President Joe Biden and his son Hunter, who sat on the board of Burisma, a Ukrainian energy company.

At least one week before the call, Trump had ordered nearly $400 million of U.S. security assistance to Ukraine to be withheld — a fact that Ukrainian officials would learn later in August as Sondland, Volker, and others continued to ask for an investigation announcement.

Sondland will say that he did not know the political nature of those investigations, that Giuliani never discussed the Biden’s with him, and that he didn’t know the Biden connection to Burisma — insinuating that if he did, he would have opposed the effort.

Instead, he will say he believed the administration was pushing for “a public embrace of anti-corruption reforms by Ukraine” as a precondition for the meeting.

“Nothing about that request raised any red flags for me, Ambassador Volker, or Ambassador Taylor,” Sondland will say. Taylor, a career State Department official, is the top diplomat to Ukraine. Volker resigned as special envoy in late September after the extent of his role in facilitating Giuliani’s efforts was revealed.

But Taylor did raise a red flag in September. In text messages turned over to Congress by Volker and first obtained by ABC News, Taylor tells Volker and Sondland, “I think it’s crazy to withhold security assistance for help with a political campaign.”

In his testimony Thursday, Sondland will confirm that after receiving that message, he called Trump directly and asked him what he wanted from Ukraine.

In those texts, Sondland and Volker also discussed working with Zelenskiy’s aides to have them announce an investigation, including into Burisma, in order to secure a White House meeting. On Aug. 13, they even help draft a statement for Zelenskiy to announce the investigations that, at Giuliani’s insistence, included specific references to Burisma and the 2016 election, according to a source familiar with Sondland’s testimony.

“We intend to initiate and complete a transparent and unbiased investigation of all available facts and episodes, including those involving Burisma and the 2016 U.S. elections,” Volker’s draft says in part. Sondland responds, “Perfect,” and says it should be sent to Andrey Yermak, a top Zelenskiy aide.

In his testimony, Sondland defends that draft: “Requesting that parties align their public messaging in advance of any important leadership meeting is a routine way to leverage the power of face-to-face exchange.”

Sondland is the sixth person to testify in the impeachment inquiry led by the House Intelligence, Oversight, and Foreign Affairs committees. Still the current E.U. ambassador, he was initially blocked from appearing for testimony by the State Department and White House. But he announced last week that he would comply with a subpoena and testify Thursday.

Thu Oct 17 , 2019
Fox Business Briefs: Can increased holiday travel costs be blamed on the grounding of the Boeing 737 Max? CHICAGO (Reuters) – Lawyers representing families of passengers killed in a Boeing 737 MAX crash in Ethiopia in March are set to issue subpoenas to Southwest Airlines and American Airlines, according to documents […] 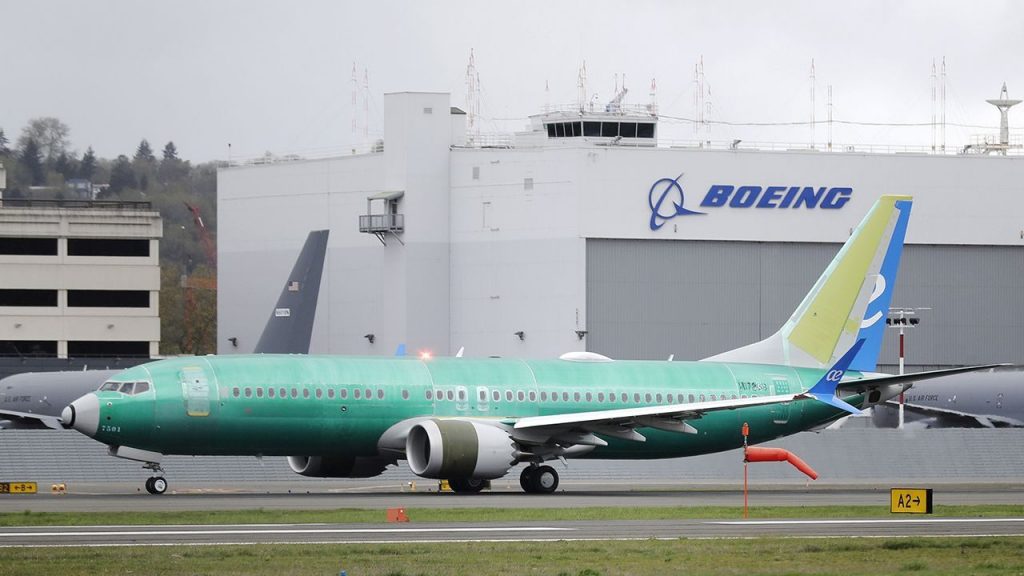