A woman wearing a face mask rides a scooter past the U.S. Federal Reserve in Washington, D.C., the United States, on Jan. 27, 2021.

The Federal Reserve is moving forward in its efforts to develop its own digital currency, announcing Thursday that it will release a research paper this summer that explores the move further.

Though the central bank did not set any specific plans on the currency, Chairman Jerome Powell cited the progress of payments technology and said the Fed has been “carefully monitoring and adapting” to those innovations.

“The effective functioning of our economy requires that people have faith and confidence not only in the dollar, but also in the payment networks, banks, and other payment service providers that allow money to flow on a daily basis,” Powell said in a video message accompanying the announcement.

“Our focus is on ensuring a safe and efficient payment system that provides broad benefits to American households and businesses while also embracing innovation,” he said.

Fed officials thus far have emphasized the importance of getting the issuance of a central bank digital currency right rather than participating in a race with its global peers.

However, the moves of multiple countries, most prominently China, in the central bank digital currency (CBDC) space has intensified talk about how aggressively the Fed should move. China’s progress has stirred worries that it could undermine the dollar’s position as the global reserve currency.

Powell referenced the growing popularity of digital currencies like bitcoin, though he said they remain inefficient payment mechanisms. Stablecoins, which are tied to specific currencies, offer other advantages.

“Technological advances also offer new possibilities to central banks — including the Fed,” Powell said. “While various structures and technologies might be used, a CBDC could be designed for use by the general public.”

The Fed has been studying payments systems for several years and plans to release a product called FedNow, likely in 2023, that would address many of the issues regarding the need for immediacy in transactions as well as the plight of the unbanked.

However, digital coins represent another avenue that central banks are pursuing to make payments more efficient. There remain multiple issues around implementation, though, that have held back the efforts.

“We are committed at the Federal Reserve to hearing a wide range of voices on this important issue before making any decision on whether and how to move forward with a U.S. CBDC, taking account of the broader risks and opportunities it could offer,” Powell said. “The paper represents the beginning of what will be a thoughtful and deliberative process.”

The Fed is working in conjunction with a variety of groups on the project, including the Bank for International Settlements. The Boston Fed has taken the lead on the project.

Thu May 20 , 2021
Bitcoin pared its gains and briefly dipped into negative territory on Thursday amid news that the Treasury Department is setting forth its crackdown efforts. The world’s largest digital currency last traded 1.8% higher around $39,600 after turning red briefly. Earlier in the session, bitcoin bounced back 9% above $42,000, according […] 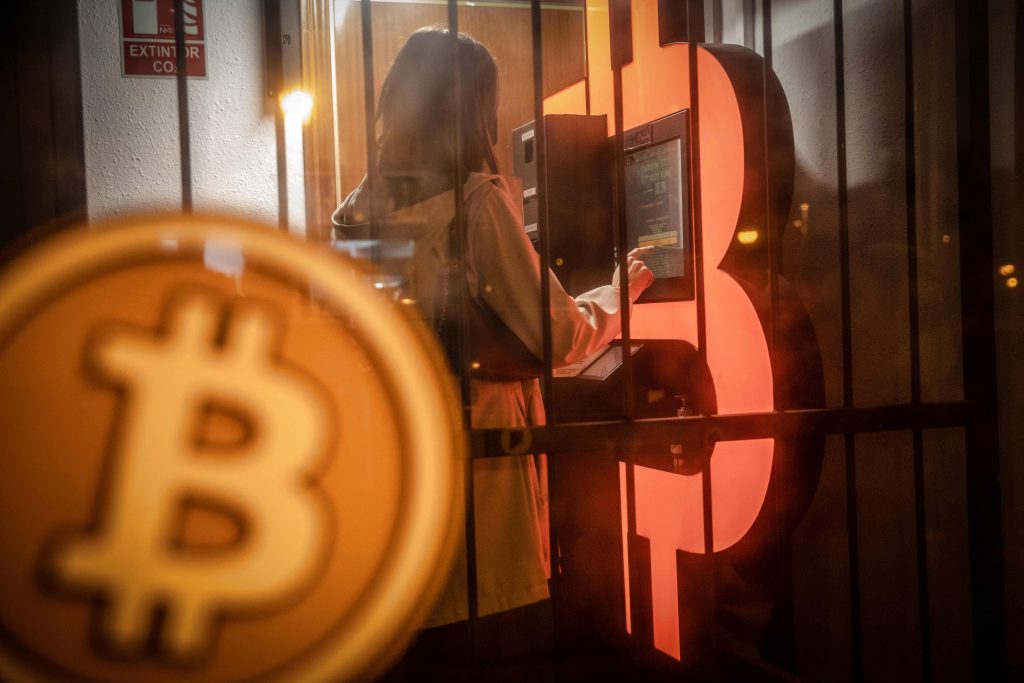