Contrary to many forecasts, earnings growth now looks like it could be positive for the first quarter, now that more than a third of the S&P 500 companies have reported.

Refinitiv data shows that based on the actual results of 178 S&P 500 companies and estimates for the balance, first quarter earnings are basically looking to be flat, or unchanged.

That is a big jump from Tuesday, when consensus forecasts for earnings growth were still looking negative, with an expected decline of 1.1% from last year’s first quarter. As of Tuesday, just 129 companies, or 26% of the S&P had reported.

As of April 1, the expected decline was 2% from last year’s level.

While it’s still early, some analysts say earnings revisions went too far, and the quarter should turn out to have positive growth.

“It would appear, given both the early trend in 1Q’19 reporting and the notable increase in outlook for profit growth over the next twelve months, that forecasts of an “earnings recession” were premature,” wrote Strategas Research’s Nicholas Bohnsack.

J.P. Morgan strategists noted the outlook for earnings was too pessimistic, and they expected the anticipated decline in first-quarter profits to turn around by the end of the reporting period, with S&P 500 companies delivering a 4% to 5% earnings surprise and profit growth of 2%-3%.

There have been high-profile winners and losers. On Thursday morning, 3M missed on the top and bottom lines, and had a disappointing forecast. Facebook and Microsoft, on the other hand, beat their forecasts Wednesday afternoon. Facebook shares were up nearly 7% Thursday morning while 3M was down 10%.

On average, Refinitiv data shows earnings have come in 5.9% above estimates, a higher than typical earnings surprise factor, which has been 5.4% over the past four quarters. So far, 78% of companies have reported better than expected earnings results, well above the long-term average of 65%.

Revenue growth has averaged 4.1%, but the blended version, which includes those who have not yet reported, would be a 5% increase if companies meet forecasts. So far, 56% of companies have beaten revenue expectations, slightly below the long-term average of 60%.

RBC chief U.S. equities strategist Lori Calvasina is one of those who did not expect a negative earnings season. “2019 forecasts have stabilized recently, and so far, quarterly estimates imply an earnings recession will be avoided,” she wrote earlier this week.

Thu Apr 25 , 2019
Shares of Chipotle Mexican Grill dropped more than 6% Thursday after the company disclosed a new subpoena related to a 2018 foodborne illness outbreak at one of its stores. The Mexican food chain said in a filing with the Securities and Exchange Commission that it received a subpoena on April […] 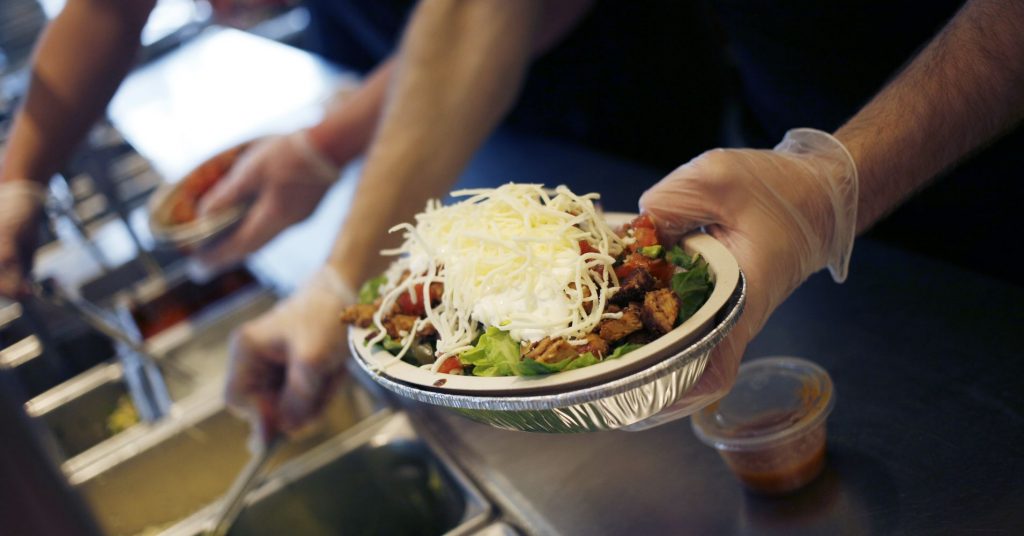