JOHANNESBURG (Reuters) – South Africa’s President Jacob Zuma said on Friday he was “disappointed” by a Supreme Court of Appeal decision to uphold a High Court ruling to reinstate hundreds of corruption charges filed against him before he became president.

In a statement from his office, Zuma said he now expects the National Prosecuting Authority to consider representations on the case before making decision to prosecute him. The statement did not spell out the representations.

Fri Oct 13 , 2017
People walk under a huge Catalan flag during Spain’s National Day in Barcelona. REUTERS/Gonzalo Fuentes October 13, 2017 By Isla Binnie and Paul Day MADRID (Reuters) – Catalan leader Carles Puigdemont came under pressure from one of his key allies on Friday to declare full independence and ignore a threat […] 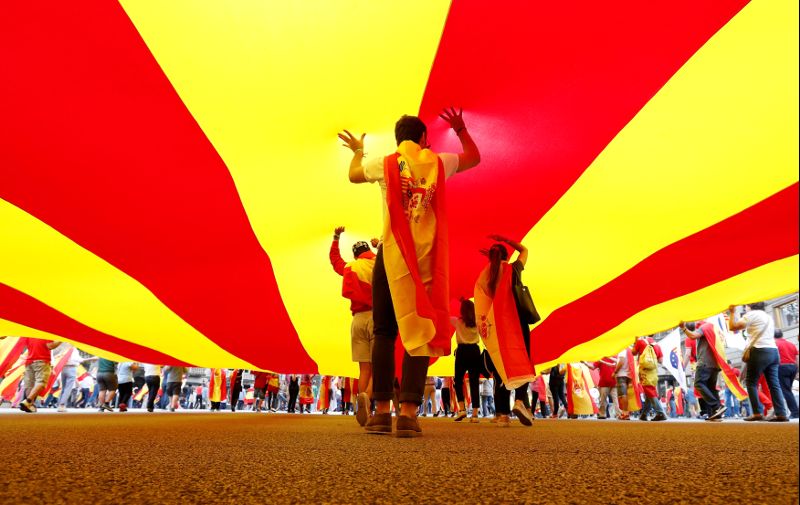