FILE PHOTO: An aerial view of the Ataturk Olympic stadium, the venue of the postponed Champions League final 2020, during a 4 day curfew amid the spread of the coronavirus disease (COVID-19), in Istanbul, Turkey May 19, 2020. Picture taken with drone. REUTERS/Umit Bektas/File Photo

“A couple of years ago, we were notified that the final would be played in Turkey, but things took a sudden turn when two English clubs qualified to play the final,” Erdogan said on Turkish television on Wednesday.

“We couldn’t reach the U.K. Prime Minister in the meantime, he applied a lot of pressure on this issue.”

Erdogan complained that Turkey’s talks with UEFA and British ministers did not achieve any results, adding that Istanbul was promised the Champions League final in 2023.

UEFA announced last week that the Champions League final on May 29 was moved from Istanbul to Porto to allow English fans to travel under COVID-19 restrictions.

The final was scheduled for Istanbul’s Ataturk Olympic Stadium, but Turkey was put on Britain’s travel “red list”, meaning no English fans would be able to attend the game. It will now be held in Porto’s Estadio do Dragao.

There had been discussions over moving the final to London’s Wembley Stadium but UEFA said that despite “exhaustive efforts on the part of the (English) Football Association and the authorities, it was not possible to achieve the necessary exemptions from UK quarantine arrangements”.

Robinhood will give retail investors access to IPO shares

Thu May 20 , 2021
The Robinhood application on a smartphone. Bloomberg | Bloomberg | Getty Images Robinhood is giving amateur investors access to initial public offering shares in its latest move to democratize retail investing. IPO shares have historically been set aside for Wall Street’s institutional investors or high-net worth individuals. Retail traders typically […] 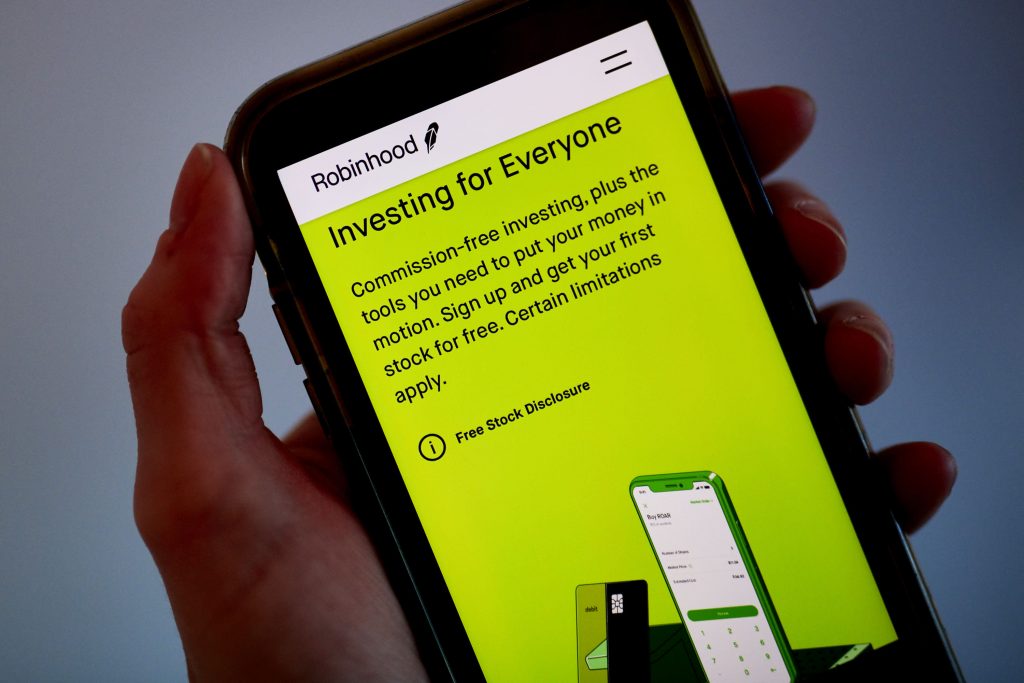