There are signs that Russia’s economy is overheating with annual inflation currently at 5.9%, Anton Siluanov, the country’s finance minister, said Thursday.

“If we continue with increased spending, what will we get? Overheating. Elements of overheating are already visible — high inflation,” Siluanov said at the St. Petersburg International Economic Forum, according to a Reuters translation.

Consumer price inflation accelerated again in May, rising from 5.5% in April. Earlier this week Russia’s Central Bank Governor Elvira Nabiullina told CNBC that “inflation is accelerating” and that, unlike elsewhere, inflation was not seen as a temporary issue as economies reopened and consumer demand increased.

“In our case, it’s different,” Nabiullina told CNBC’s Hadley Gamble earlier this week ahead of SPIEF. “We think that the inflation pressure in Russia is not transitory, not temporary. We see more persistent factors, monetary factors, that’s why we started to get a rate hike back to the neutral stance.”

Investors will be looking to the next central bank meeting on June 11 to see what it does next, with speculation mounting that the bank could hike interest rates by as much as 50 basis points from a current level of 5%. The central bank’s inflation target is 4%.

Nabiullina said the central bank would analyze all the factors, including the inflation forecast and the situation in the economy, but said that “we see the risk that our inflation expectations are elevated, and they remain elevated for several months.”

On Wednesday, Russia’s central bank issued a bulletin in which it noted that the economy was continuing to grow in the second quarter and that gross domestic product could reach its pre-pandemic level in mid-2021.

However, analysts at the bank noted that “economic growth is still uneven. Industries focused on export and intermediate products as well as the services sector have been recovering at outrunning paces during the recent months.”

It added that uncertainty with respect to medium- and long-term consequences of the coronavirus pandemic remains high.

Russia’s economy has been operating under international sanctions since 2014 after its annexation of Crimea.

Its role in a pro-Russian uprising in east Ukraine, 2016 U.S. election interference, a nerve agent poisoning in the U.K. and its role in the SolarWinds cyberattack, among other incidents, have also all prompted further sanctions. For its part, Russia denies any involvement or wrongdoing.

The Russian economy shrank by roughly 3% in 2020 as the pandemic took hold, marking the worst contraction in 11 years. This was due to public health measures in response to the Covid crisis and a drop in energy demand (Russia is one of the world’s largest oil exporters).

Russia’s central bank now believes GDP growth for 2021 will be between 3-4% but Nabiullina said “a lot depends on the situation of course … this recovery is uneven.”

The country’s central bank governor told CNBC that U.S. sanctions were a “persistent risk” to the country. However, she also said Moscow’s reserves were “quite big, to withstand all financial scenarios or geopolitical scenarios,” and are probably more diverse than other countries’ reserves.

Thu Jun 3 , 2021
A surge in COVID-19 cases in Afghanistan has led the U.S. Embassy in Kabul to “strongly” suggest that Americans “make plans to leave Afghanistan as soon as possible.” The embassy issued a health alert Thursday describing dire developments in the pandemic. “New cases and deaths from COVID-19 have risen sharply […] 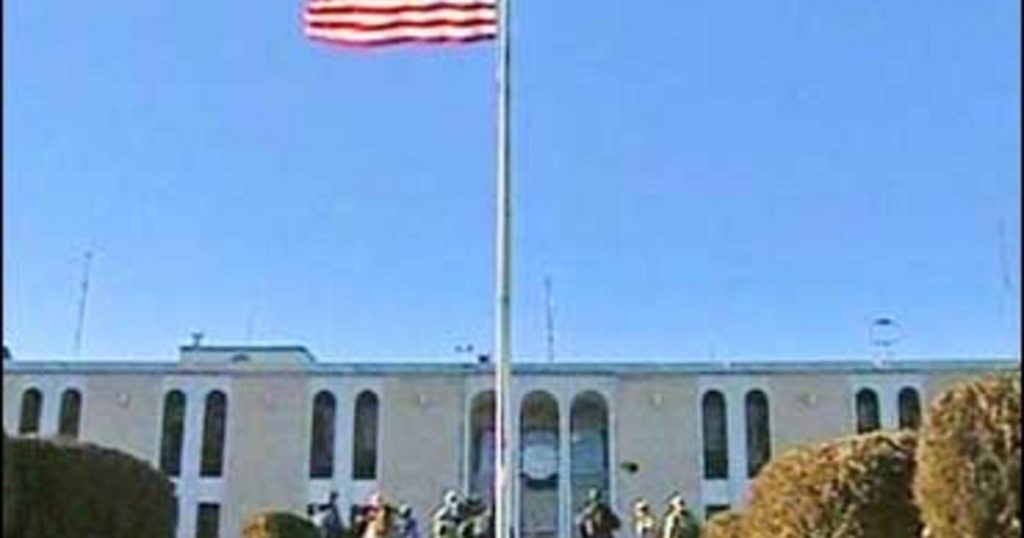