FILE PHOTO: An election worker places a mail-in ballot into an election box at a drive-through drop off location at the Registrar of Voters in San Diego, California, U.S. November 5, 2018. REUTERS/Mike Blake/File Photo

NEW YORK (Reuters) – Most Americans, including a majority of Republicans, want the government to require mail-in ballots for the Nov. 3 presidential election if the coronavirus outbreak still threatens the public this autumn, a Reuters/Ipsos poll found.

President Donald Trump, who is seeking re-election this year, has been trying with other Republicans to discourage efforts to expand voting by mail, saying it would increase the chance of voter fraud.

But the poll conducted on Monday and Tuesday found that 72% of all U.S. adults, including 79% of Democrats and 65% of Republicans, supported a requirement for mail-in ballots as a way to protect voters in case of a continued spread of the respiratory disease later this year.

The United States leads the world in coronavirus cases, with more than 385,000 infections. More than 11,900 people in the country have died. Public health measures to curb the pandemic have hammered the U.S. economy, with many businesses closing or scaling back while unemployment soars.

While the rate of hospitalizations appears to be slowing in some states, there is no proven treatment for the virus and health experts have warned it will keep spreading without strict controls on where people go.

In response, Democratic House of Representatives Speaker Nancy Pelosi has called for Congress to approve as much as $4 billion to help states expand their ability to conduct voting by mail.

Joe Biden, the front-runner for the Democratic nomination to face Trump in the election, has said election officials should consider allowing mail-in ballots “across the board” in November.

The coronavirus crisis has already upended the Democratic race, with several states scrapping in-person voting for nominating contests and at least eight others pushing back their primaries to May or June.

The poll also found that 89% of adults in the United States said they were concerned about the coronavirus, and 36% believed they would be infected within the next year. About 42% said they approved of how Trump was handling the crisis, down 6 points from a similar poll that ran last week.

The Reuters/Ipsos poll was conducted online, in English, throughout the United States. It gathered responses from 1,116 American adults, including 532 Democrats and 417 Republicans. It had a credibility interval, a measure of precision, of 3 to 6 percentage points. 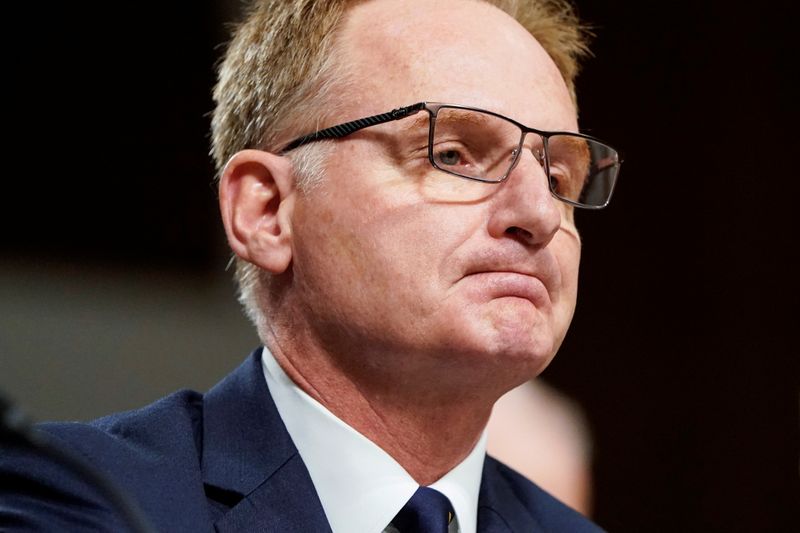