John Hines: I believe you introduced a bill to strip the Walt Disney Company, and perhaps some others, of copyright protections. A special deal. How does that work, sir?

Sen. Josh Hawley: Well, here’s how it works. There’s no reason that these huge mega-corporations, particularly those that have gone woke, should get special deals from the U.S. government. What happened was Disney, a number of years ago, came to Congress and said “Extend our copyright protections, change the law on our behalf” and Congress did. So, what my bill would do is take the copyright protection back to where it has been for most of the 20th century (56 years), and take away, for corporations that are over $150 billion in size, take away their special copyright protections. Now, that would start with Disney.

John Hines: Is there was there a Mickey Mouse copyright protection plan? Was that what it was called?

Sen. Josh Hawley: Yes. That was almost 20 years ago. Disney said, “Oh my gosh, we’ve got to save Mickey Mouse, give us give Disney special protections. And while you’re at it, give the biggest corporations special protections, too.” And I just don’t see any reason why this big corporations could get special… should get special handouts. So, my bill would end their special protections. It would take the copyright term back to 56 years. That’s a long time, by the way. It wouldn’t affect smaller businesses; it wouldn’t affect authors. For instance, it wouldn’t change any copyright that they have right now. But for these big corporations, it would end the special deal they got some years ago.

John Hines: Would it impact some of the tech platforms that we’ve spoken about in the past?

Sen. Josh Hawley: Yeah, any corporation over $150 billion in size in terms of revenues would be affected by this. Their copyright terms would go back. So, if they got a special 20-year extension several years ago, that would go away and they would have to have a level playing field like everybody else.

MORE NEWS:Baby Formula Shortage: What The FDA Isn’t Telling You

Fri May 13 , 2022
Vlad Tenev, CEO and co-founder Robinhood Markets, Inc., is displayed on a screen during his company’s IPO at the Nasdaq Market site in Times Square in New York City, U.S., July 29, 2021. Brendan McDermid | Reuters Robinhood shares jumped 25% on Friday, a day after the CEO of a […] 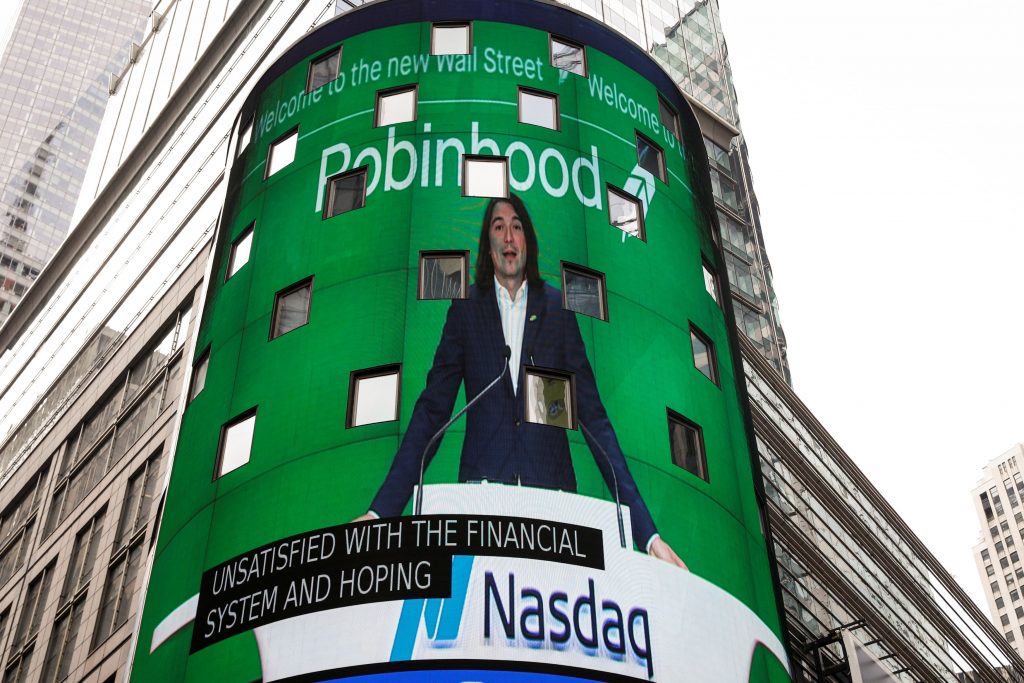