A Chinese clerk counts renminbi yuan banknotes at a bank in China on December 2015.

GUANGZHOU, China — China has started one of the biggest real-world trials for its digital currency as it pushes closer toward creating a cashless future.

Last week, the government in Shenzhen carried out a lottery to give away a total of 10 million yuan (about $1.5 million) worth of the digital currency. Nearly 2 million people applied and 50,000 people actually won.

The winners can now download a digital renminbi app to receive the digital yuan and spend it at over 3,000 merchants in a particular district of Shenzhen. The south China technology hub is home to some of the country’s biggest tech giants including Huawei and Tencent.

Local supermarkets and pharmacies are among the participating merchants as well as Walmart, according to a post by the Shenzhen government messaging app WeChat.

China has been pushing toward a cashless society.

The digital yuan is not a cryptocurrency like bitcoin. Instead, it is issued and controlled by the People’s Bank of China, the country’s central bank. It is not looking to replace digital wallets like Alipay or WeChat Pay. It will likely work together with them and other banks.

In comparison, Bitcoin is decentralized, which means it’s not owned and controlled by one entity, and it is not distributed by a central bank.

China’s digital yuan has been in the works for the past few years and there have been just a handful of small trials across the country. The Shenzhen pilot appears to be the biggest so far.

Mon Oct 12 , 2020
FILE PHOTO: People walk past a placard that reads “Mandatory to wear a mask” in the streets of Lille as the coronavirus disease (COVID-19) outbreak continues in France, October 8, 2020. REUTERS/Pascal Rossignol October 12, 2020 PARIS (Reuters) – French Prime Minister Jean Castex said on Monday he did not […] 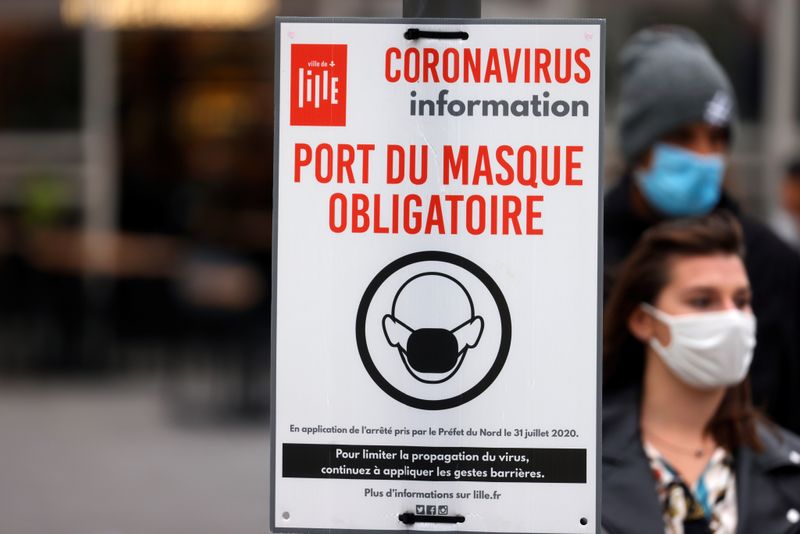