A symbol of TikTok (Douyin) is pictured at The Place shopping mall at dusk on August 22, 2020 in Beijing, China.

GUANGZHOU, China — Zhang Yiming, co-founder of ByteDance, will step down as CEO and transition to a new role, the company said on Thursday.

Another co-founder, Liang Rubo, who is currently head of human resources, will take over as CEO of ByteDance globally and Zhang will move into a key strategy role at the end of 2021.

“There are still many things that we need to improve, and I think someone else can better drive progress through areas like improved daily management. The truth is, I lack some of the skills that make an ideal manager,” Zhang said in a note to employees.

“I’m more interested in analyzing organizational and market principles, and leveraging these theories to further reduce management work, rather than actually managing people. Similarly, I’m not very social, preferring solitary activities like being online, reading, listening to music, and daydreaming about what may be possible,” he said.

ByteDance said Zhang and Liang “will work side by side over the next six months to ensure the smoothest possible transition.”

ByteDance has had a number of management changes over the past few months. Last August, Kevin Mayer who was hired from Disney to be the TikTok CEO, stepped down as pressure from Washington grew on the social media app.

In March, Chew Shou Zi, the former finance chief at Xiaomi, was poached by ByteDance to become the company’s chief financial officer.

Just last month, Chew was appointed the CEO of TikTok, taking over from Pappas, who is now the chief operating officer.

Thu May 20 , 2021
LOS ANGELES — The savage and sloppy manner in which Robert Durst dismembered a man he accidentally killed in Texas helps prove the New York real estate heir didn’t murder his best friend or kill his wife, his lawyer said. Durst’s amateurish efforts to dispose of the body of Morris […] 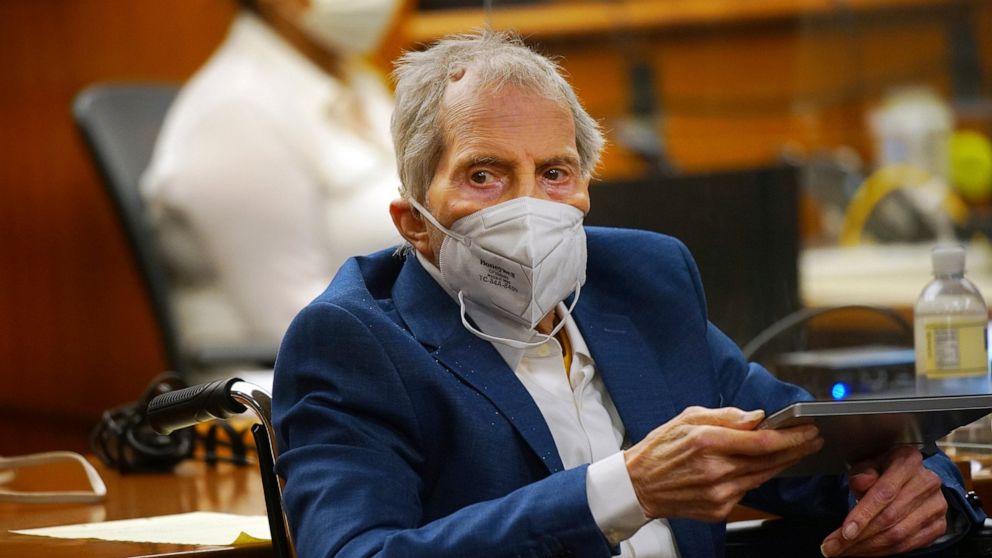