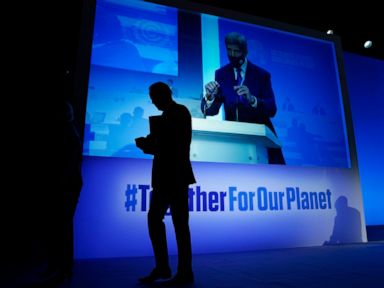 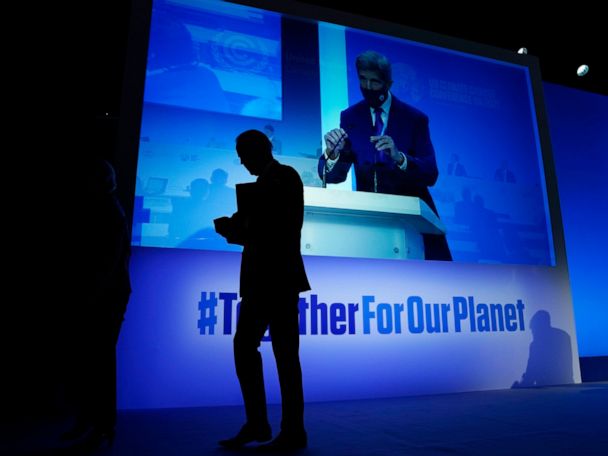 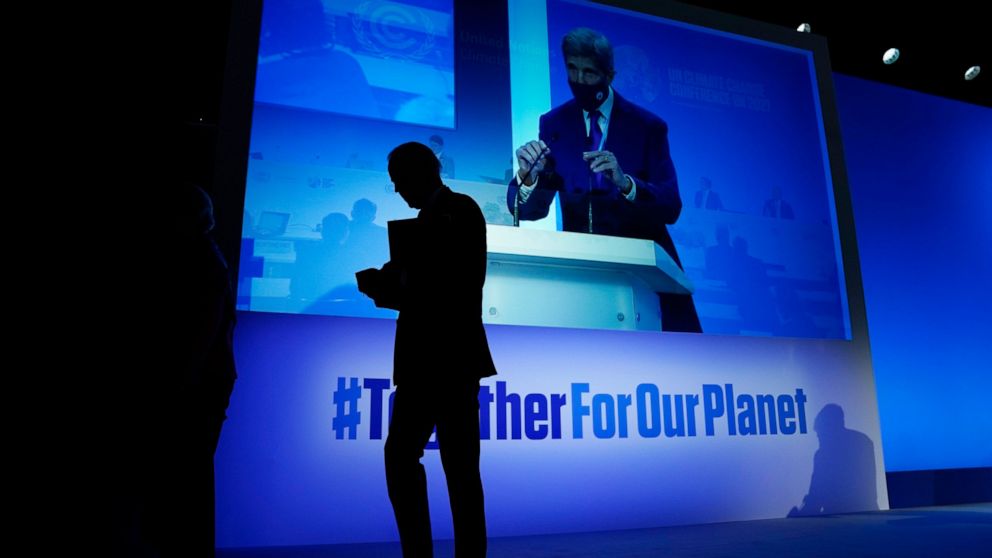 GLASGOW, Scotland — John Kerry is everywhere and on the move at a fateful U.N. climate summit.

President Joe Biden’s envoy at the talks in Glasgow, Kerry steams from side talks with U.S. rivals China and Russia that painstakingly probe for common ground on climate to news conferences extolling progress. Kerry pops into project launches, rewarding CEOs and bankers for emissions-cutting efforts with high-level face time and praise. The lanky envoy smiles for a photo with Indigenous women from Brazil, their feather headdresses barely reaching his chin.

Toward the end of the U.N. climate summit’s first of two weeks, Kerry’s voice grew hoarse from his mission of rallying global climate efforts that are threatening to hit a wall at home.

He was speaking of a climate fight growing more urgent, as global warming from the burning of fossil fuel intensifies, and more fraught, as the United States’ own wildly swinging seesaw politics imperil Biden’s climate efforts and again threaten global momentum on the matter.

With the summit underway, the U.S. House on Friday finally passed a stalled infrastructure bill that contains some important measures to cut U.S. emissions.

But Biden’s lagging political support, and Republican upsets in off-year elections last week, are heightening uncertainty that the U.S. administration can deliver on some of Biden’s biggest climate promises.

The job has entailed apologizing for the global disruption that Trump, who mocks the science behind climate change, wreaked when he pulled the United States out of the 2015 Paris climate accord, which Kerry helped to negotiate. Scientists say the ground lost during the Trump administration leaves this decade a last chance to keep the Earth from warming to more catastrophic levels.

Kerry’s job now is part diplomat, part cheerleader. At the Glasgow climate conference, as in the months before, Kerry negotiates to nail down every possible bit of new climate effort from countries and businesses — then pushes for more. While the U.S. return to global climate negotiations has helped push allies to some deeper cuts on emissions, the world’s other big polluters besides the United States — China, Russia, India and others — are short on emission promises, at best.

At 77, Kerry is waging only the latest of his campaigns in a decades-long personal battle to curb the fossil fuel emissions heating Earth.

Kerry “brings a deep knowledge of what’s at stake,” said Jennifer Morgan, executive director of Greenpeace International, and a veteran of climate talks. “He brings long-term relationships to these talks, and the spirit of collaboration.” Yet, she adds, he “gets limited by what is happening at home.”

If there’s not “a credible U.S. plan to meet the targets and phase out fossil fuels, there’s only so much, only so far, he can get here,” Morgan said.

Conservative groups single out Kerry online, making social media memes out of his wealth — at Glasgow he introduced a speaker as his neighbor on Martha’s Vineyard — and supposed love for jetting around the world.

Kerry’s intentness on diplomacy to try to push and pull coal-loving China into faster emission cuts also brings him into public contrast with Biden and some of Biden’s top officials, who have become vocally critical of China, the world’s top carbon polluter. The U.S. is the second worst.

Biden’s parting words as he left the Glasgow summit this past week after joining more than 100 other world leaders here were that Chinese President Xi Jinping had made a “big mistake” in not attending.

“They’ve lost an ability to influence people around the world,” Biden said.

Thom Woodroofe, a researcher on U.S.-China climate diplomacy at the Asia Society Policy Institute, said Biden’s appointment of the former secretary of state made countries such as China “really sit up and take notice with just how significant … how much importance the Biden administration was going to place on diplomacy and their climate action at home.”

While Chinese leaders publicly scold and snub members of the Biden administration, China’s own veteran climate diplomat, Xie Zhenha, told reporters at Glasgow he calculated he had talked to Kerry 23 times in Kerry’s current position.

When a news site ran a caricature showing an exaggeratedly chinned Kerry with one hand on the shoulder of the equally exaggerated round-faced Xie, and the other hand cupping the Earth and its future, Kerry had the cartoon framed and presented it to Xie.

At the climate summit, Kerry’s height makes him an easy spot among the thousands of climate advocates, government officials and reporters at the summit site, which sprawls for more than a half-mile (close to a kilometer). It’s a mix of permanent and temporary structures along Glasgow’s River Clyde that feels like an airport terminal flanked by a military forward-operating base.

Kerry appears patient and polite with the random advocates and reporters from around the world who approach him at the summit.

Before the summit, climate activists carrying out a hunger strike at the White House gates filmed another Biden administration official impatiently thumbing his phone when they approached him on the need for climate action.

Kerry, by contrast, went out and talked to the young climate strikers, telling them about his own environmental activism when he was young.

Kerry’s first cause after returning from fighting in the Vietnam War was activism for the first Earth Day, in 1970, he says. His wife, Teresa Heinz, says they met at a later Earth Day, in 1990.

In 2015, his work in climate negotiations, and the trust Xie seemed to place in Obama negotiators including Kerry, helped seal a global climate deal in which more than 190 nations committed to taking action to cut climate emissions.

The irreversible damage being wrought by global warming was even more obvious to all by November 2016, when Kerry made one of his last trips as Obama’s secretary of state, becoming the highest-ranking U.S. official to visit Antarctica.

The U.S. presidential election had just handed victory to Trump, who already had pledged to pull the United States out of the Paris climate accord and would soon be rolling back U.S. climate efforts in office.

Kerry crunched in boots over a frozen sea, faced off with a curious penguin and talked with U.S. scientists there.

The South Pole had the purest air in the world, but it, too, was heavily polluted with coal and petroleum waste, scientists told him. The West Antarctic ice sheet was melting from below in the warming waters, breaking off and floating out to sea.

It was “some of the most stunning wilderness,” Kerry recalled last month to The Associated Press, and it was ”mixed with the negative impacts of human beings.”

Sun Nov 7 , 2021
BUDAPEST, Hungary — As COVID-19 ravaged Hungary in April, Budapest resident Akos Sipos received his second vaccine dose, believing he was doing the right thing for his own health and to help end the pandemic. But Sipos, 46, soon discovered that the vaccine he received, Russia’s Sputnik V, disqualified him […]