Whether it’s President Donald Trump in the Oval Office for the next four years or former Vice President Joe Biden, it really won’t make that much of a difference, according to a Wall Street expert.

Craig Fehr, an investment strategist at Edward Jones, said that while there are distinct differences between Biden’s and Trump’s policies, the volatility that has been seen in recent weeks is likely to subside, with the market returning to an upward trend no matter who wins.

“We think this demonstrates that once election uncertainties are replaced by a clearer policy outlook (regardless of which political party will be setting those policies), the market typically refocuses back on the fundamentals of economic and earnings growth – both of which we think will be positive next year,” Fehr told FOX Business via email.

STOCKS JUMP IN BROAD RALLY, CLOROX AND DUNKIN IN FOCUS

The similarities in return under Democratic and Republican administrations are even more glaring, especially when compared to stock returns from the Obama administration and the Trump administration.

According to Fehr, the market rose 58% from 2009 to 2012, Obama’s first four years, which also included the Great Recession.

Conversely, the market has returned “nearly 60%” since the election, despite Trump actively touting his record and tweeting about the market a significant amount, Fehr noted.

By comparison, the average return during a four-year presidential term is 37% since World War II, Fehr said.

Obviously, there would be some differences in how the two different administrations would work. Chief among them are regulations, taxes and fiscal spending, but an economic expansion is likely no matter who wins on Election Day, Fehr said.

“As the election dust settles, and we believe it will, a growing economy, rising corporate profits and favorable interest rate conditions will transpire under either administration, and these fundamental conditions will, in our view, be the more powerful guide for financial markets in the coming years,” he said.

Mon Nov 2 , 2020
A Friendly’s Ice Cream Corp restaurant is seen on the day the company filed for bankruptcy in Delray Beach, Florida. Joe Raedle | Getty Images FIC Restaurants, the parent company of Friendly’s, said it has filed for Chapter 11 bankruptcy protection after the coronavirus pandemic caused sales to plummet. The […] 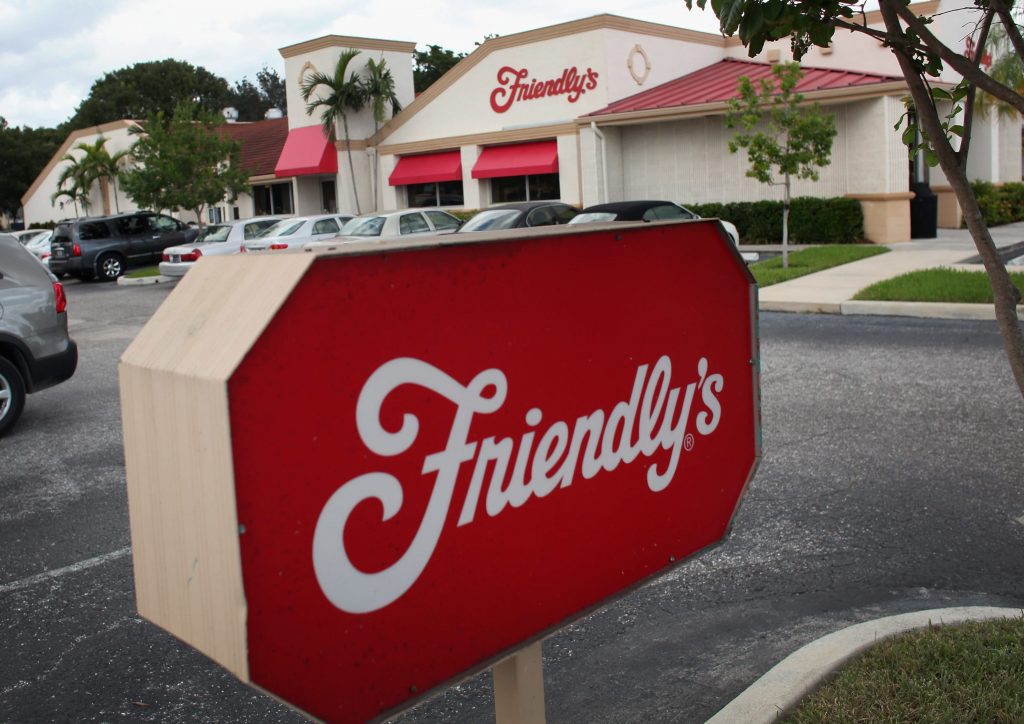