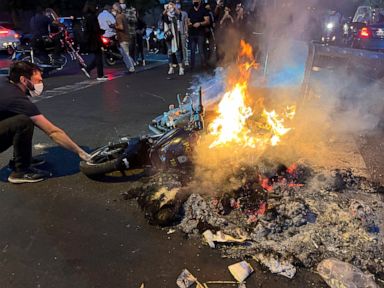 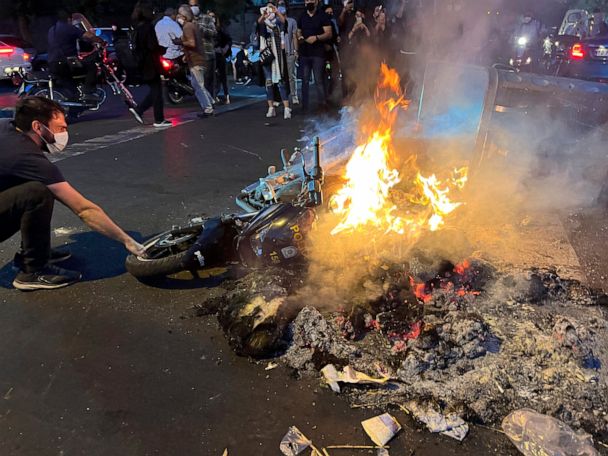 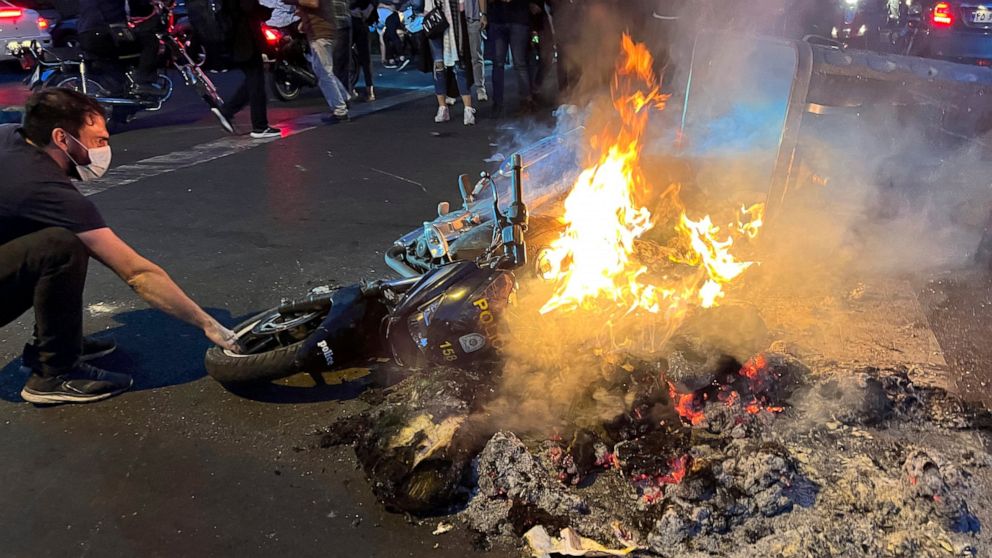 DUBAI, United Arab Emirates — A top United Nations official on Tuesday demanded an independent investigation into the death of an Iranian woman held by the country’s morality police as authorities acknowledged making arrests at protests over the incident.

The woman’s death has ignited demonstrations across Iran, including the capital, Tehran, where demonstrators chanted against the government and clashed with police.

The United States, which is trying to revive the 2015 nuclear deal with Iran, also condemned her death and called on the Islamic Republic to end its “systemic persecution” of women. Iran dismissed the criticism as politically motivated.

The U.N. Human Rights Office said Iran’s morality police have expanded their patrols in recent months, targeting women for not properly wearing the Islamic headscarf, known as hijab. It said verified videos show women being slapped in the face, struck with batons and thrown into police vans for wearing the hijab too loosely.

A similar patrol detained 22-year-old Mahsa Amini last Tuesday, taking her to a police station where she collapsed. She died three days later. Iranian police have denied mistreating Amini and say she died of a heart attack. Authorities say they are investigating the incident.

“Mahsa Amini’s tragic death and allegations of torture and ill-treatment must be promptly, impartially and effectively investigated by an independent competent authority,” said Nada Al-Nashif, the acting U.N. high commissioner for human rights.

“Instead, the United States and the Iranian people mourn her. We call on the Iranian government to end its systemic persecution of women and to allow peaceful protest,” he tweeted.

“An investigation was ordered into (the) tragic death of Mahsa, who, as (the) President said, was just like our own daughters,” he tweeted. “To Iran, human rights are of inherent value — unlike those who see it (as) a tool against adversaries.”

Amjad Amini, her father, told an Iranian news website that witnesses saw her being shoved into a police car.

“I asked for access to (videos) from cameras inside the car as well as courtyard of the police station, but they gave no answer,” he said. He also accused the police of not transferring her to the hospital promptly enough, saying she could have been resuscitated.

He said that when he arrived at the hospital he was not allowed to view the body, but managed to get a glimpse of bruising on her foot.

Authorities then pressured him to bury her at night, apparently to reduce the likelihood of protests, but Amini said the family convinced them to let them bury her at 8 a.m. instead.

Amini, who was Kurdish, was buried Saturday in her home city of Saqez in western Iran. Protests erupted there after her funeral and police fired tear gas to disperse demonstrators on Saturday and Sunday. Several protesters were arrested.

The protests spread to Tehran and other cities on Monday. A news website affiliated with state TV said 22 people were arrested at a protest in the northern city of Rasht, the first official confirmation of arrests related to the protests.

State TV showed footage of protests on Monday, including images of two police cars with their windows smashed. It said the protesters torched two motorbikes as well, and that they burned Iranian flags in Kurdish areas and Tehran.

The state-run broadcaster blamed the unrest on foreign countries and exiled opposition groups, accusing them of using Amini’s death as a pretext for more economic sanctions.

Iran has seen waves of protests in recent years, mainly over a long-running economic crisis exacerbated by Western sanctions linked to the country’s nuclear program. Authorities have managed to quash the protests by force.